PH4-LNX is a special companion you can only earn during Galactic Seasons, Season 3, which is a limited time event in Star Wars: The Old Republic.

To earn her PH4-LNX (pronounced Phalanx/Falanks, though she likes to go by the name Fey), you must earn at least the first level of the Galactic Seasons 3 track that is only available between October 20, 2022 – March 6, 2023. 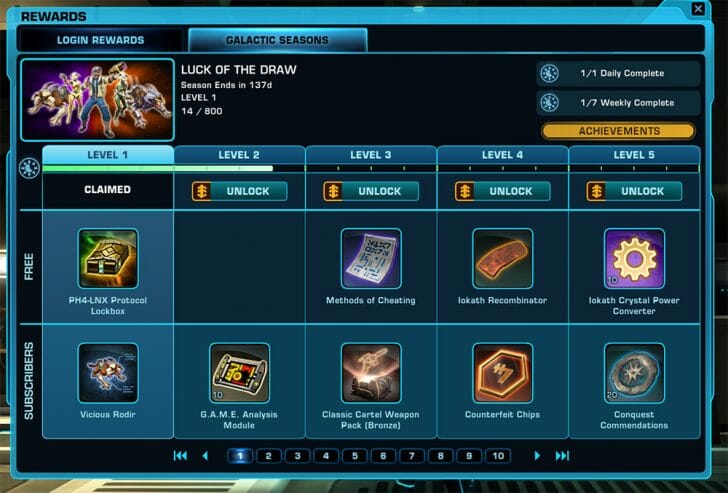 How to get PH4-LNX on a Second Character

Unfortunately you can only claim one copy of PH4-LNX after you earn her on the track, but you can pay Cartel Coins to unlock her for your other characters. Once you have claimed and went through the Worthy Employer quest for PH4-LNX on one character, you can pay 150 Cartel Coins in Collections to unlock her for all the characters on your account. Once you pay for the 150 CC unlock, you can claim the box with both the instant-redeem item and the quest item for PH4-LNX. 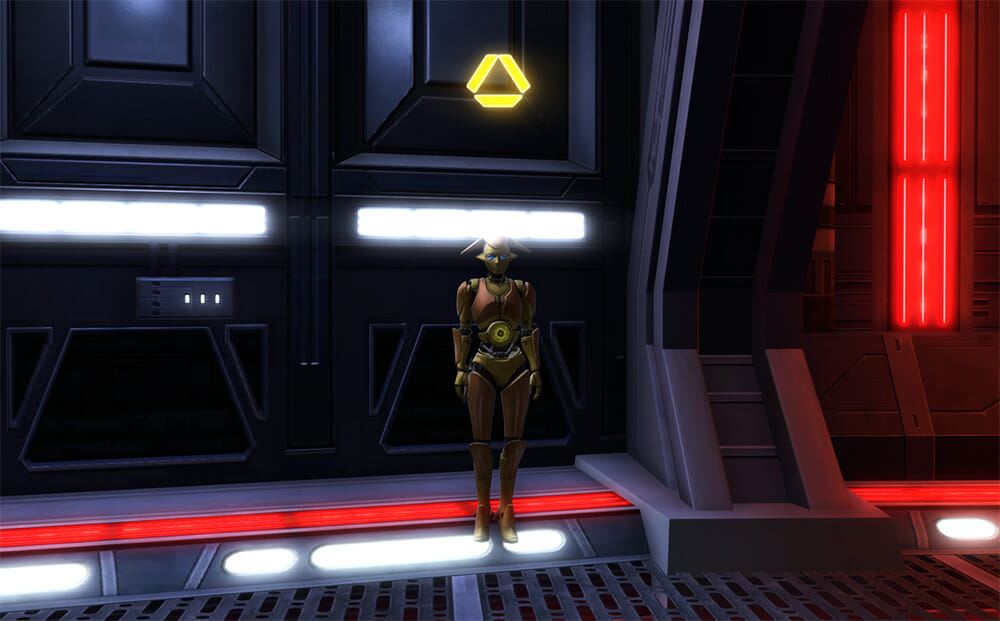 In addition to PH4-LNX’s introduction quest, she also has two other quests you can unlock by raising her influence. These quests are only visible on your ship after she has joined you.

The Pure Sabacc quest will send you to Mek-Sha and there is a small fight, but the enemy is scaled down to your level and the ret of the quests are not in combat areas.

In addition, if you happen to have Fen Zeil with you the first time you talk to PH4-LNX, she’ll have some unique dialogue. If you missed it the first time, you can always see it the next time you recruit PH4-LNX on a different character.

Influence determines your companion’s strength in battle, their effectiveness in crafting, and in this case, also unlocks PH4-LNX’s two additional story quests.

If you earn G.A.M.E. Analysis Modules, you can turn them in to PH4-LNX when she is on your ship. This is part of the G.A.M.E. Reputation track.