Have you ever wanted to make your mark on the galaxy? Reputation is a way of gaining favour with factions across the galaxy, from the Gree all the way to the Voss. You gain reputation by doing quests that help the faction you want to gain favor with, and in return you get exclusive mounts, armor, titles, pets and achievements. 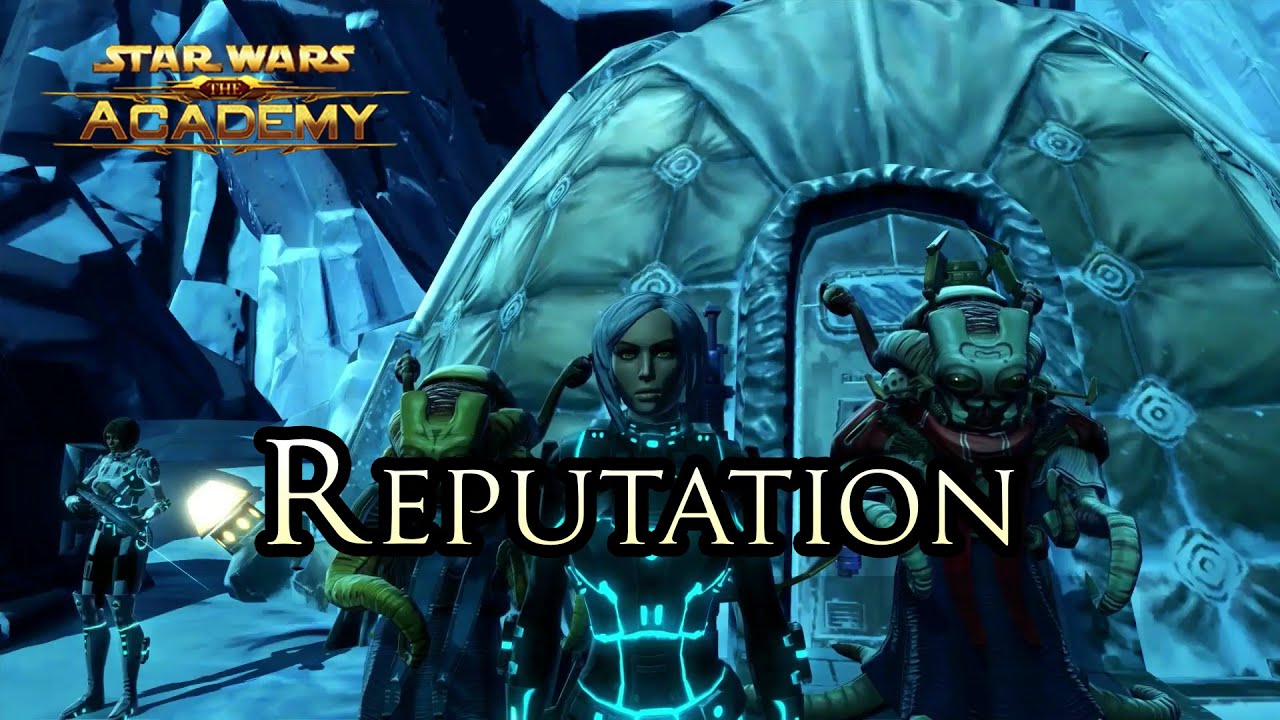 To view your reputation, open your Legacy panel by pressing the “Y” key, or the “shield” icon on the menu, and choosing the “Reputation” tab on the left.

There are almost 20 different factions to gain reputation with, and each one has its own rewards. Reputation is legacy-wide, so you can contribute to your reputation by playing on any of your characters on your server.

For each faction, there are different ranks. Outsider, Newcomer, Friend, Hero, Champion, and finally Legend. Each rank gives you acces to new rewards.

As you complete quests for these factions, you’ll receive tokens that can be consumed to gain reputation. Keep in mind there is a weekly limit to how many tokens you can consume per week – you can see the limit by hovering over the faction’s name. If you’ve reached the limit but still have more tokens left to consume, you can hold on to them and use them next week.

There are two ways to gain a bonus to reputation to make things faster – subscribing gives you a 50% bonus, and being in a guild can give you up to a 10% bonus.

There are two types of reputation factions.

The first type are based on old Cartel Packs, from the Cartel Market. The older packs used to offer reputation items when you opened them, and as you gained reputation with them you could buy some of the items from the packs from a vendor in the Cartel Bazaar part of the fleet. You can tell which reputation factions are cartel market related by their image of a hutt in front of a red triangle flag. Because the old packs are very difficult and expensive to acquire, I do not recommend trying to complete these types of reputation.

The second type of reputation is a lot more fun, and is based on the different factions actually in-game. You complete quests for them, and the quests reward you the reputation items you can consume to gain favor with them. Some can be completed at any time, others can only be worked on during special events.

Some of them have different names depending on the faction you’re on at the time, but the reputation and rewards are the same.

Fleet Reputation can be gained by doing the old-school solo Space missions, picked up from your ship. To gain reputation with the fleet, you’ll need to do the Heroic missions that give reputation tokens.

CZ-198 reputation can be gained by doing the dailies and flashpoints on the planet of CZ-198.

GSI reputation can be gained once you’ve started the Seeker Droid and Macrobinocular quests. There’s GSI terminals on Alderaan, Hoth, Makeb and Tatooine, where you can complete treasure-hunt like quests to gain reputation.

Voss reputation can be gained by doing the four weekly Voss heroics. These can easily be picked up on the heroics terminal on the fleet.

Oricon reputation can be gained by doing the Oricon dailies. Make sure to use the quick travel terminal near the entrance to your ship on the fleet to get there quickly.

Makeb reputation can be gained by doing the Makeb dailies and the Makeb heroics. These can all be picked up on the Makeb orbital station. There are also a few quests that can be picked up along the way on the planet, so keep your eyes open for quest markers. Makeb can also be easily accessed through the quick travel terminal.

Section X reputation is gained by doing the dailies on Sec X, which can also be accessed through the quick travel terminal. If you are not subscribed, you’ll need to buy [Access Authorization: Section X] from the Cartel Market before you can travel there.

Rishi reputation can be gained by doing the scattered dailies on Rishi. Make sure to search online for “Rishi dailies” so you can make sure to find them all if you are working on Rishi reputation. If you want quick access to Rishi, there’s also a character perk that lets you transport there.

Yavin 4 reputation can be gained by doing the daily quests on Yavin. Yavin can also be traveled to with the quick travel terminal, or through a character perk transport. Yavin 4 is also a great place to gather materials, so don’t forget to send your companion out to gather nodes on the map.

There are three types of reputation that can only be gained during certain events. These events happen fairly often, and you can search online for “swtor events” to see if any are currently active or are coming up soon.

Gree reputation can be earned on Ilum, during the “Relics of the Gree” event. The quest starts on the floating terminals on the fleet, and the event is on the western side of Ilum. This event also has a special boss fight called Xenoanalyst, but you’ll need at least Newcomer rank with the gree to do it. Players often work on Gree reputation because it is one of the few ways to get Legacy Weapons and offhands – items that can be modded and shared between multiple characters in a legacy. Some of the rewards only require the correct rank and credits, but others like the legacy weapons also cost Gray Helix Components, which are dropped from the Heroic and the Xenoanalyst boss.

Bounty reputation can be gained during Bounty weeks, which typically happen once a month. The quest starts on the fleet – look for some bounty hunters and some carbonized bounties to find the questgiver. You can then pick up a bounty per day, which will send you to another planet to gather intel, then kill or capture your bounty. Once you do five bounties, you’ll also have a chance to buy a higher contract to try a kingpin bounty, a more difficult type of bounty hunt. There’s a whole bunch of different achievements available including achievements to capture and kill each different bounty.

The last event-based reputation is THORN – better known as Rakghuol reputation. THORN reputation can only be earned during the Rakghoul event. The event travels from planet to planet, and the quest can be started at the floating terminals on the fleet. The best Rakghoul rewards require the correct rank, and Rakghoul DNA Canister which can be earned by doing the event quests. There’s also a hidden vendor called Jeelvic, a jawa, who sells special rewards including green-black crystals, an infected Dewback and Varactyl rakghoul mounts. The mounts require extra materials to buy, including a materials that only drop from the world boss, a material that only drops from the yellow-named elites hidden around the rakghoul caves, and a material that only drops from the event boss called the Eyeless. The Eyeless is a fun single-boss instanced fight that requires eight people.

Reputation isn’t meant to be something you do right away. It’s one of the endgame options that’s available for players who mainly want to play alone. Because the reputation rewards are gated with weekly caps, it’s also meant to be a bit of a time sink. Reputation can be a great thing to check out if you like any of the unique rewards, or if you feel you’ve already “tried everything” in the game and need something new. Repeating the same quests over and over can be a bit of a grind, so I suggest spacing out your reputation gathering with other stuff inbetween, and focus on completing weekly quests instead of doing the daily quests every day.