In this guide, we’ll be going over how to earn the old secret Magenta Adegan Crystal item. This item was originally used in crafting a very unique Magenta-colored color crystal, a pink colored crystal that is still fairly uncommon to find even today. At one point, the crafting schematics were updated, and the while the Magenta color crystal schematic still exists, it no longer requires the special Magenta Adegan Crystal item as a crafting material.

The “quest” to get the Magenta Adegan Crystal still exists however, even though it has no use, and this guide is mostly for fun and sends you on a treasure hunt to get an item that’s “a piece of SWTOR history”.

If you’re looking to get a Magenta colored crystal, there’s one that looks exactly the same from the Eternal Championship, which is usually what players are referring to when they talk about getting a Magenta crystal these day – that or the crafted version.

If you want to find the crystal yourself I’ll give you the spoiler-free version first: 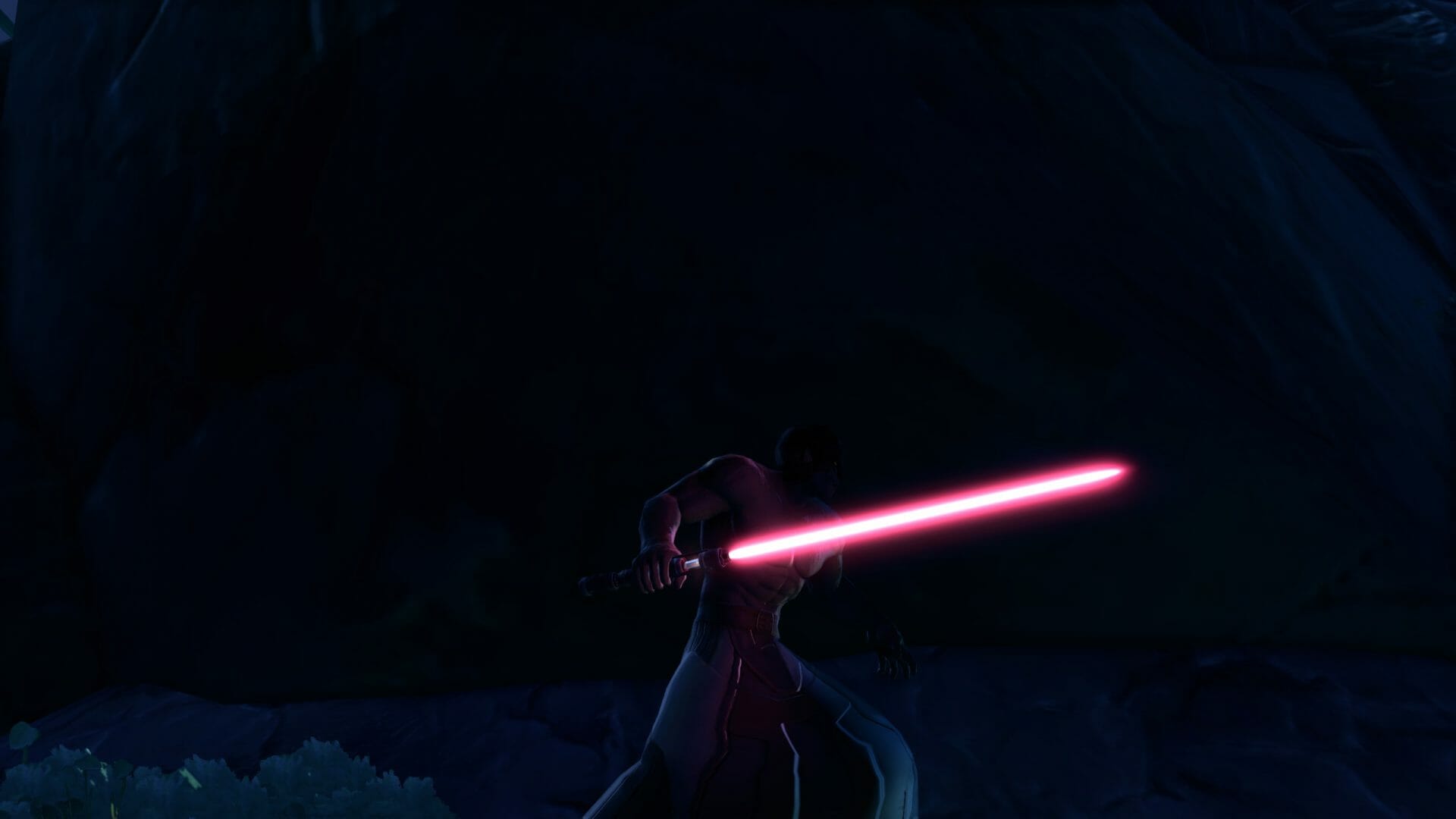 The first step is to go get some tasty, refreshing water. What better place to find it than the driest, crustiest planet in the galaxy? You’ll need to find a Moisture Vaporator tower, and click on the small glowing blue Water Access Panel to steal from some hardworking farmer and get the special “Refreshed and Sustained” buff that lasts about 30 minutes. If someone uses them they take some time to refill – so if you don’t see the blue panel go looking for another vaporator to steal from. These Moisture Vaporators are hidden all over Tatooine. Republic side, I found it very easy to find Moisture Vaporators all over the main city of Anchorhead where you load in to Tatooine. [NOTE: The southwestern Vaporator in Anchorhead is in an exhaustion zone. You will take small amounts of damage as you start collecting, and will always instantly die before the collection can complete. Don’t keep trying to collect from this one, even a healer or two can’t save you.] Imperial side, I thought I found vaporators in Mos Ila but none of them had blue panels. There’s two you can find in the middle of Outpost Varath, another in Mos Anek, two above Outpost Rennar, all of which you can easily taxi or quicktravel to.

Now that you have your water, you’ll be heading to the Icy Tundra of Hoth. Republic side, taxi to Outpost Senth or quick travel to Highmount Road (much faster if you have it), Imperial side travel to Leth Outpost. Imperial players will run north from Leth Outpost, while Republic players will need to head far to the south. What you’re looking for is a tall building with lots of pipes around it.

To freeze your water into ice, you’ll need to climb up the mountainside east of the building and keep climbing to the top – you’ll probably find an exhaustion zone so climb up and get back down fast.

If you have the “Refreshed and Sustained” buff from the moisture vaporators, climb until the buff disappears, it should be replaced by some Shockfrozen Water in your inventory! 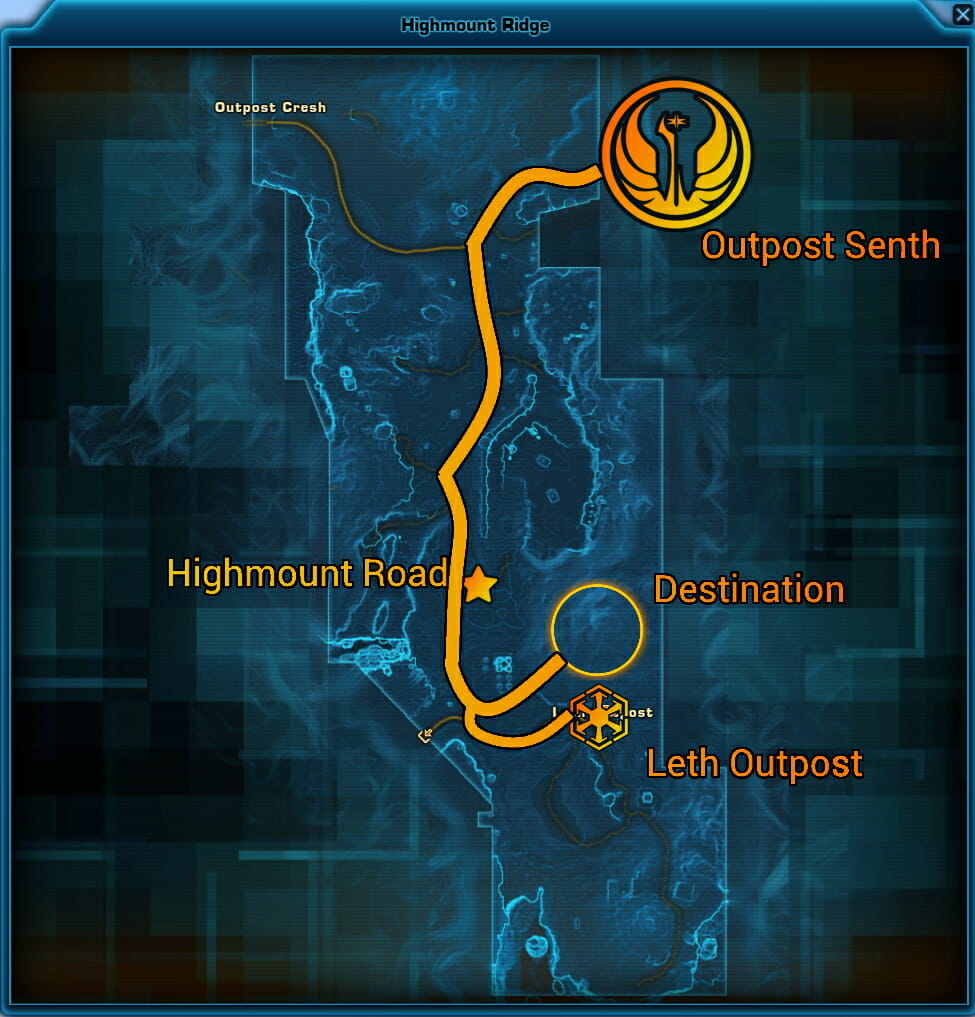 I’m not sure why we couldn’t just use ice from this planet, but once you have your Hoth-Frozen Tatooinian Water, head to Ilum and make your way to the Western Jedi Ruins on the west side of the Eastern Shelf. Both Republic and Imperial players will get there faster if they quicktravel to the Waystations first. 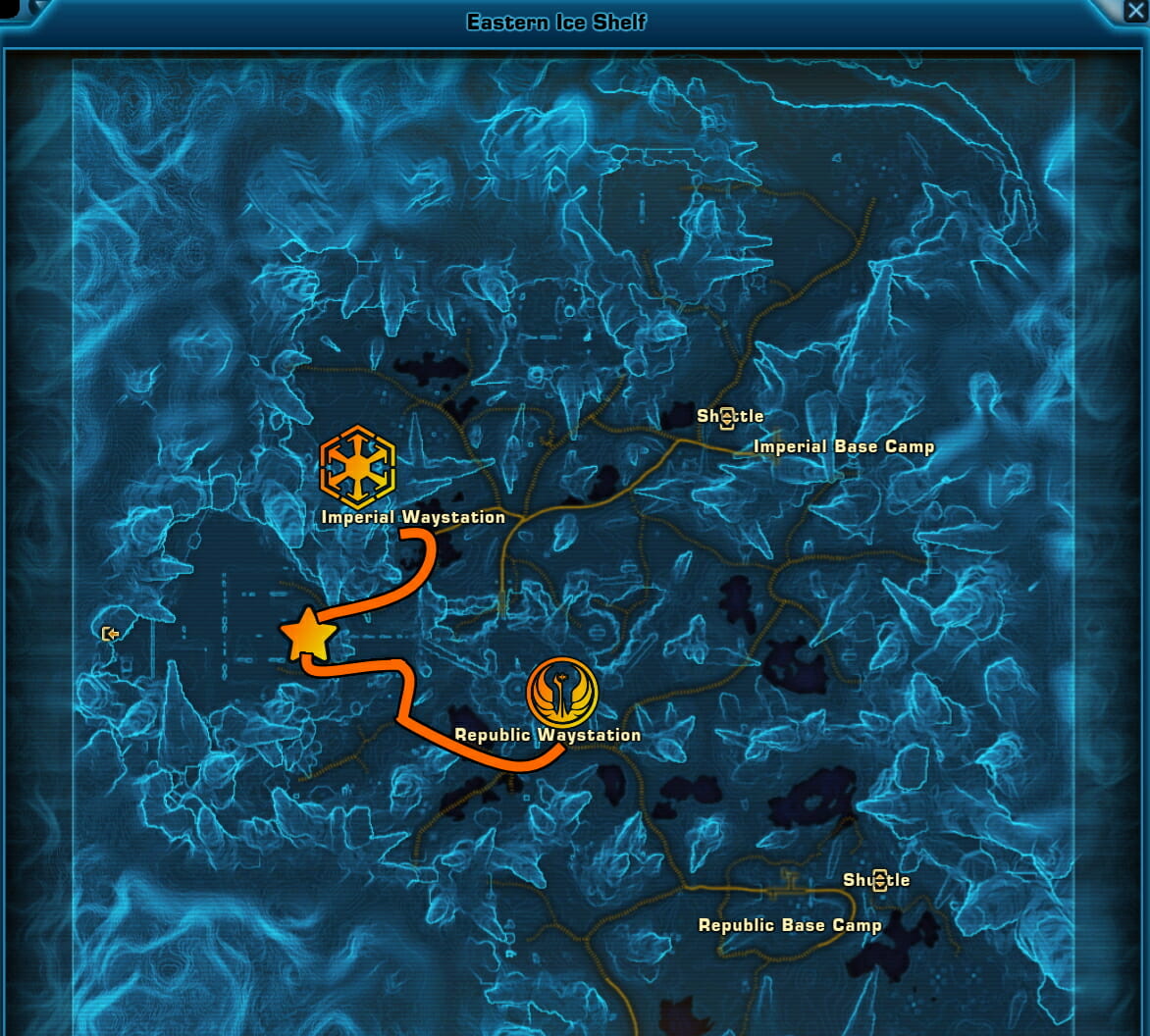 Once here, you will interact with a Depleted White Adegan Crystal Formation by right clicking it. Note that this fight has gone from very hard, to solo-able, to very hard again as of a recent patch. Depending on when you try this, the Force Ghost that uses Annihilation Marauder abilities and stuns frequently may be easy, or may require 4 players, or may be solo-able by a tank player with a healer companion. 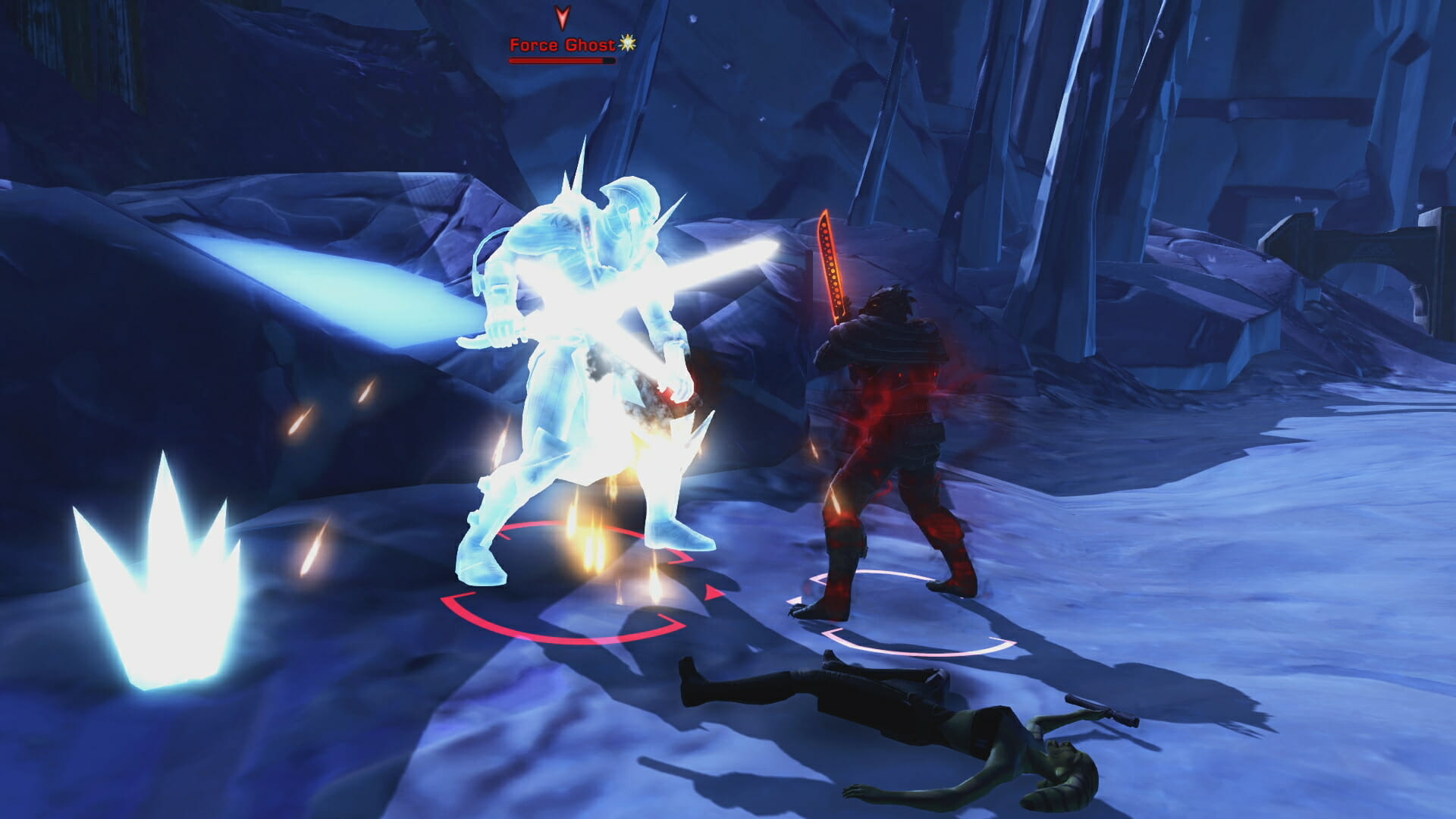 Once defeated, a DIFFERENT formation of crystals should appear. This is the one that has your crystal loot, but can only be interacted with by people who have their ice from Hoth. The ice will be removed from your inventory and you will receive the old crafting magenta crystal in return! Congratulations! 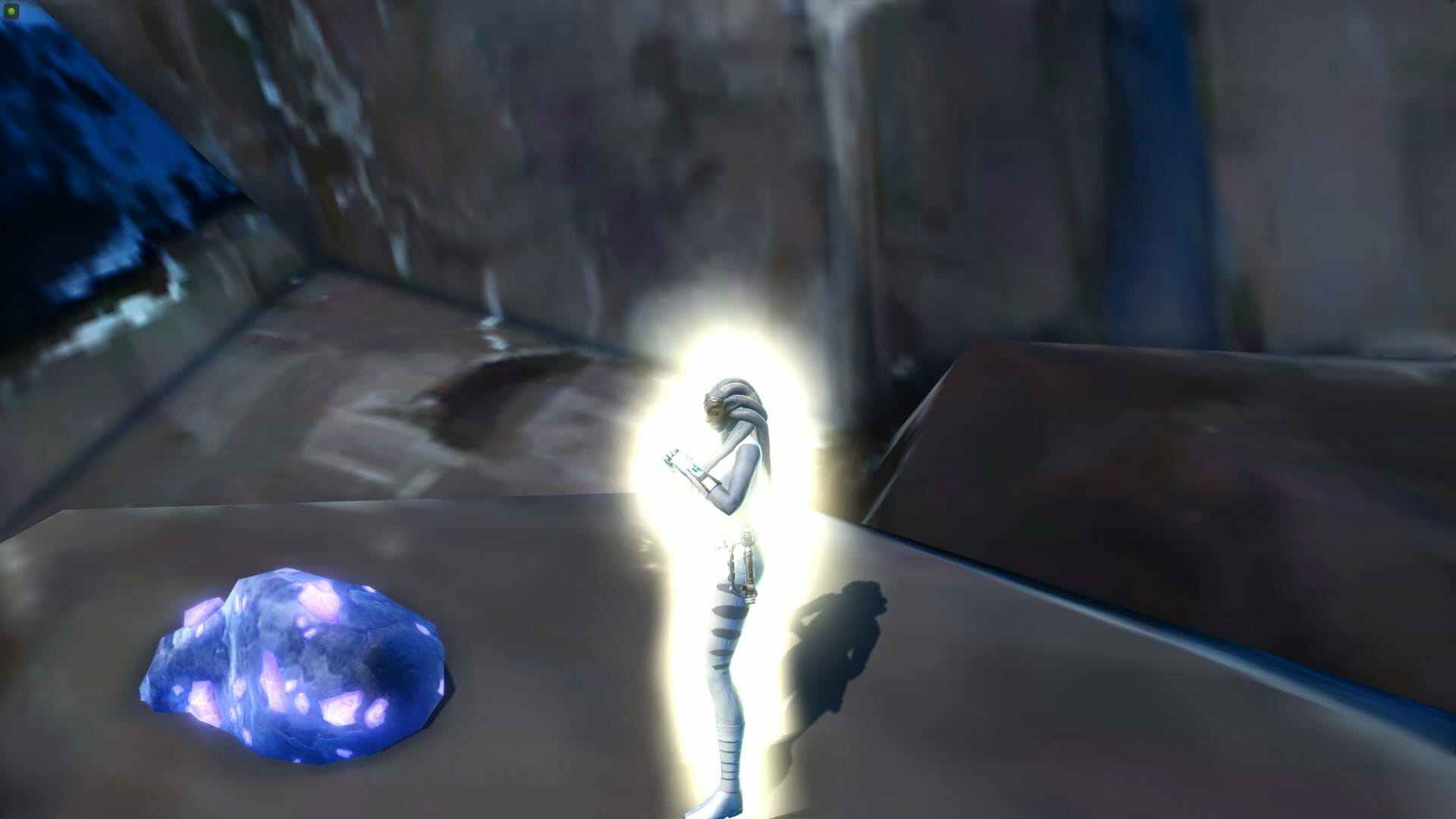 Yet another old material needed for these magenta crystals were located in very cleverly hidden areas in Alderaan! These were called ‘Rough Adegan Crystals’ and can still be found today if you check out the following locations in the Juran Mountains area: 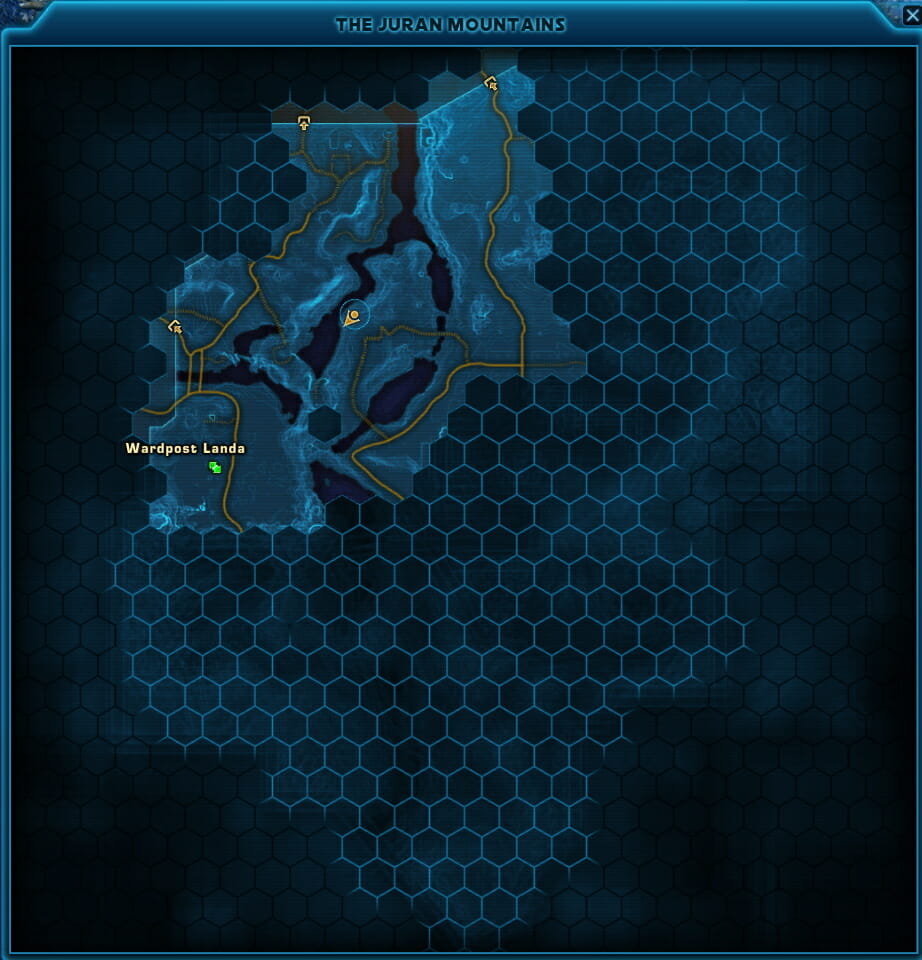 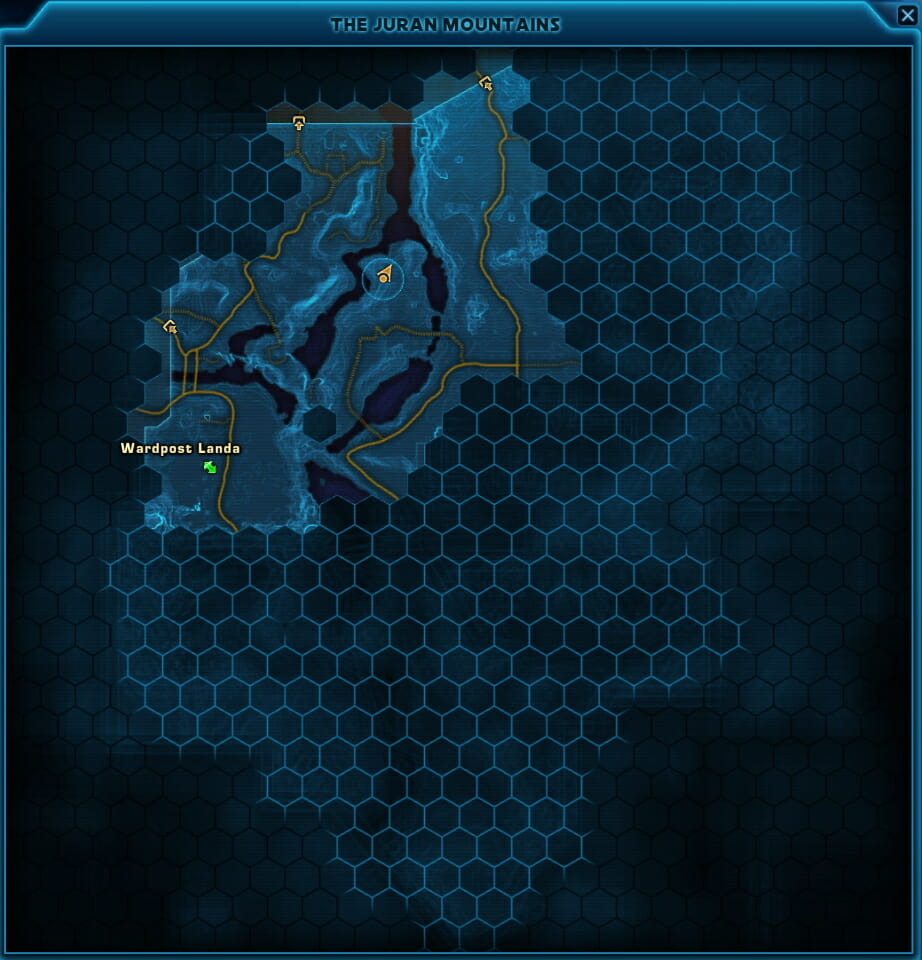 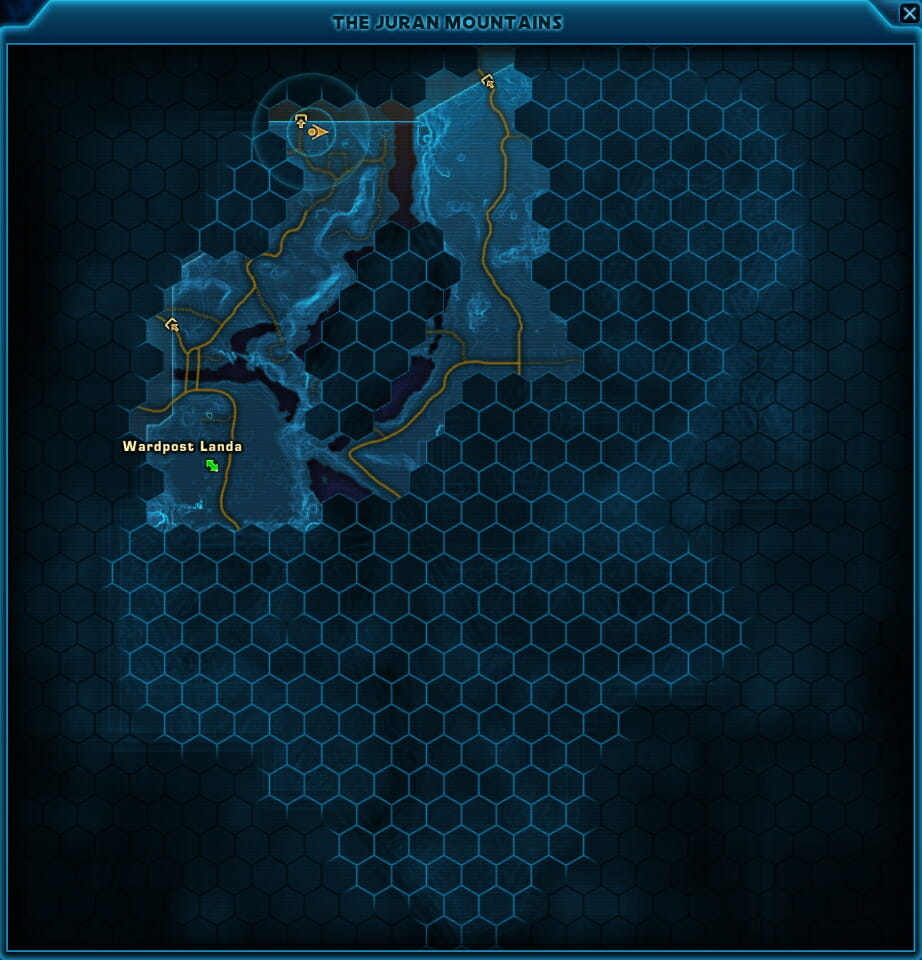 Once you grab a Rough Magenta Crystal Shard from one of these locations, it can be taken to a ruined building in the southwest part of The Forge on Tython, where you can interact with a wall object and refine it into a Pristine Adegan Crystal. Imperial players can take their shard to Korriban and do the same in the far West end of the Lower Wilds, behind a wall. These Crystals are also no longer needed for anything.

As mentioned at the top of the guide, there are a few newer Magenta or Pink Crystals in SWTOR, and you can check them out and find how to acquire them here!