The Purple Ruhnuk Mastery +10 Datacron is part of a long, large treasure hunt following clues and completing quests before you can find this new datacron high up on the plateaus of Ruhnuk. There’s a little bit of a jumping puzzle near the end, but the harder part of this puzzle is deciphering the clues and gathering special items.

This information is from the Public Test Server. It may change when update 7.2 comes out. On the test server, someone can summon you to the end, but I do not know if they will still be true on the live server. You do not need to have completed the story to get this datacron on the test server.

How to Start the Ruhnuk Datacron

To start the Ruhnuk Datacron, you must pick up and complete the Relic Hunt missions. These three Relic Hunt quests are like a treasure hunt – they don’t always have a direct set of directions to follow, and it will take you quite a while to finish them even if you’re following a guide.

Once you’ve earned the Repulsor Pad jetpack, you can now use it to access locations previously unavailable to you and get to the datacron.

Make sure you picked up the Repulsor Pad buff from the “Mandalore’s Encampment” quick travel point and turn in the Relic by right-clicking the third glowing blue table. 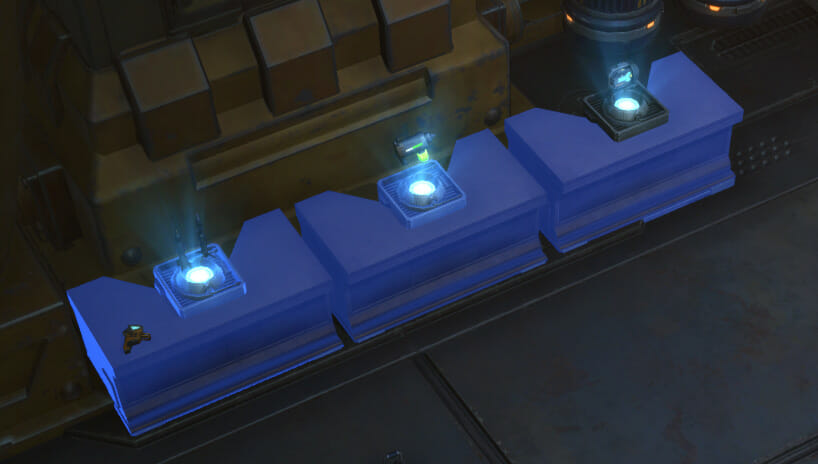 You will go to the “exploding cactus path,” a secret tunnel you can find on the Overgrown Mining Site map. 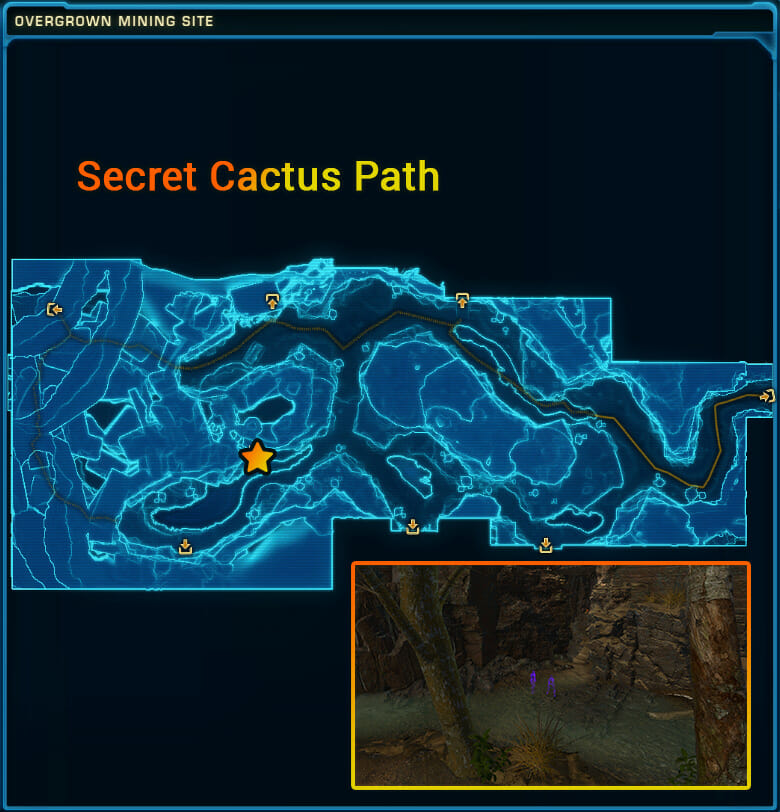 Look for a little crack in the rocks in the south west section of the map. 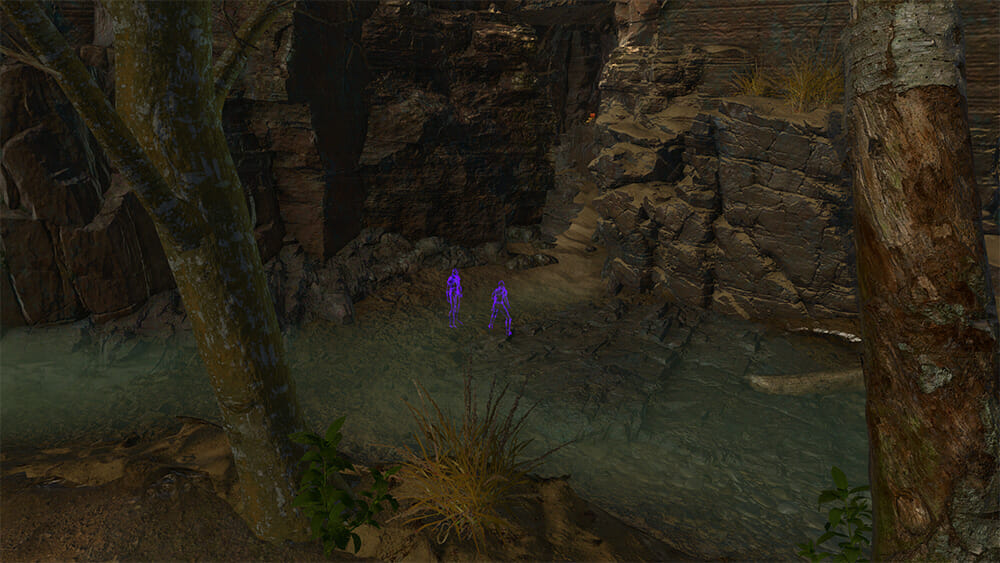 If you simply follow this path forward, you’ll reach a dead end with a rope, a backpack, a canteen and some notes. If you back-track, you’ll notice a, exploding cactus is hiding another tunnel behind it. 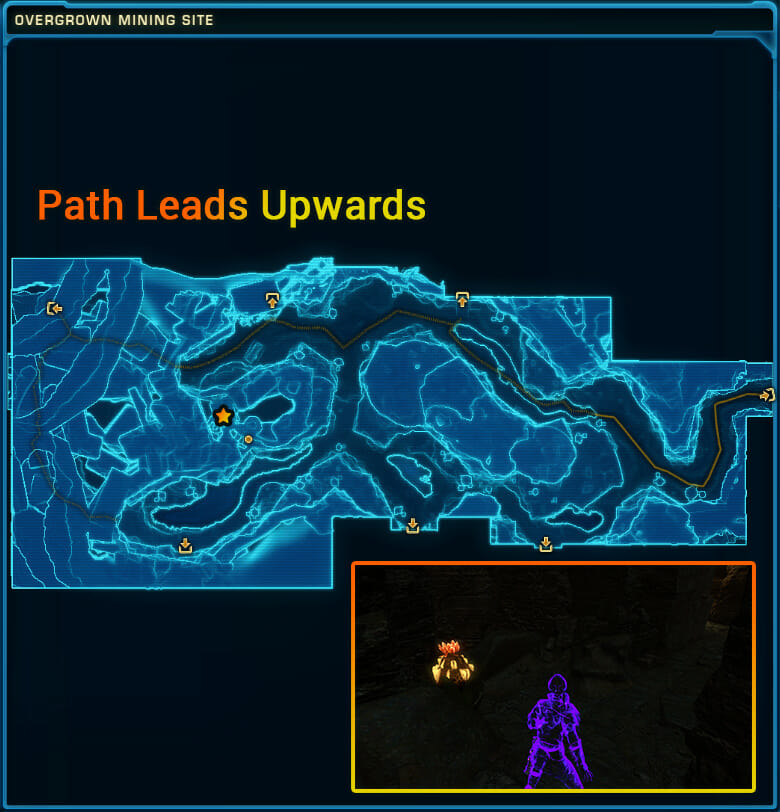 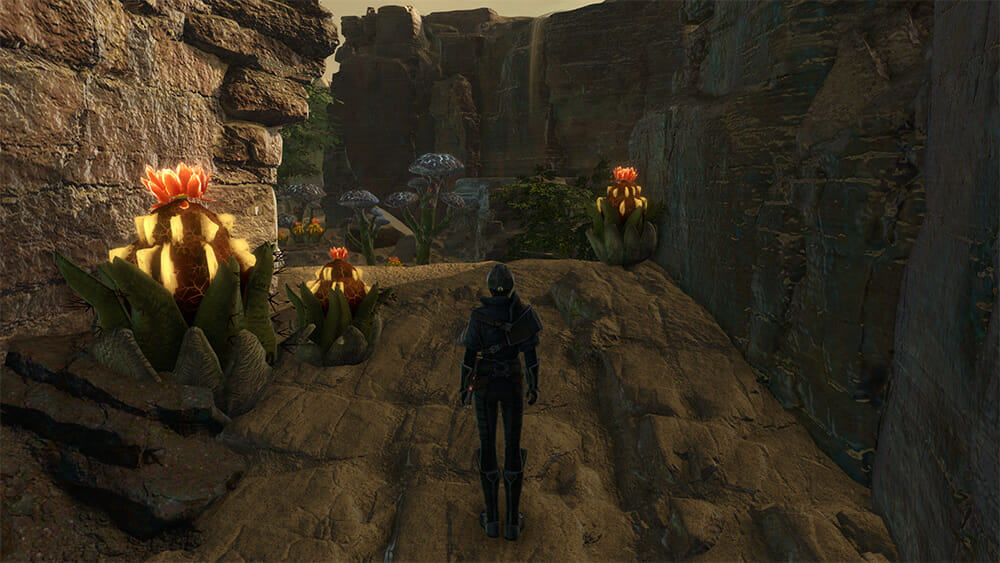 Eventually you will be lead outside where it gets more dangerous. The cactus will try and explode and knock you off the cliff. So follow the path around the cliff to the left, across a log, but make sure to keep moving to stay out of the cacti’s exploding circles. 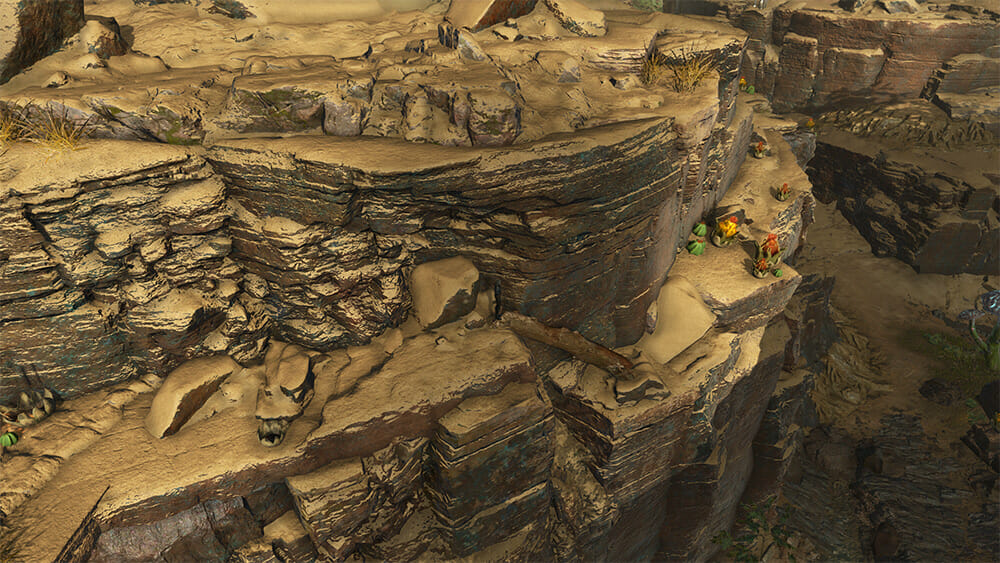 Eventually you will find a jump pad to use your new temporary ability on which will jump you across to the other side. 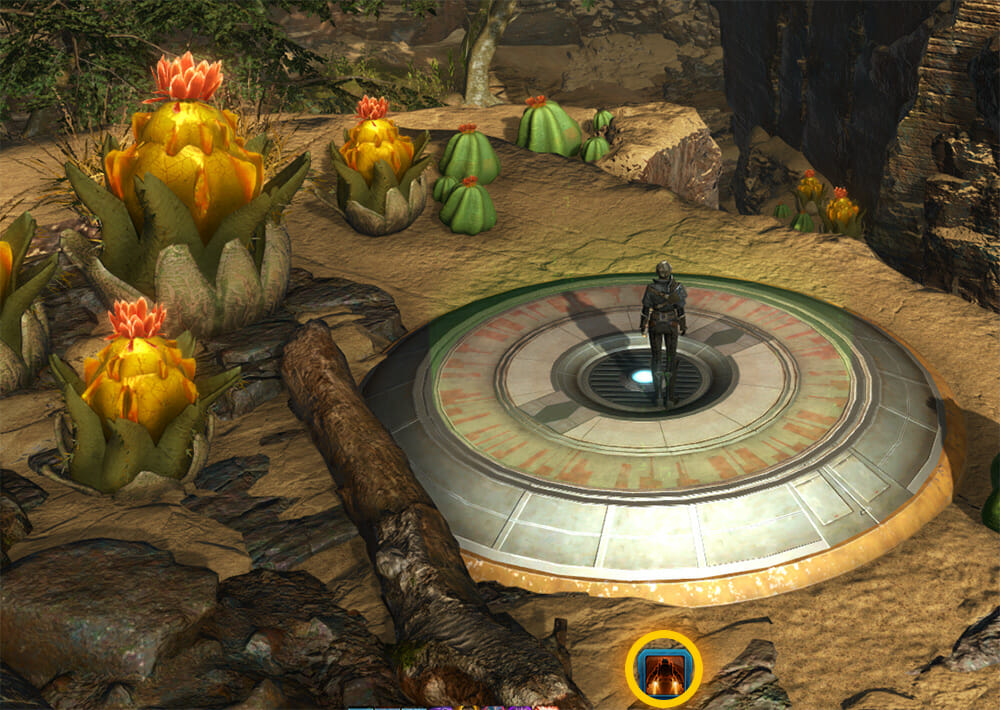 On the other side, enemies will spawn as you walk around. You may have to fight them before moving on, they are on the stronger side. 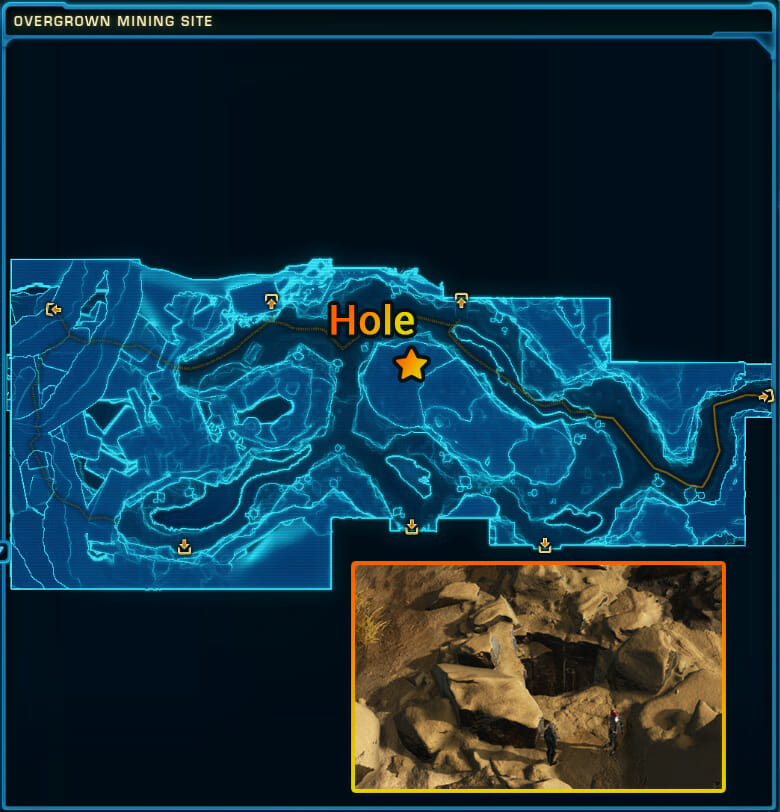 Look for a hole in the ground in this new area and fall down the hole. 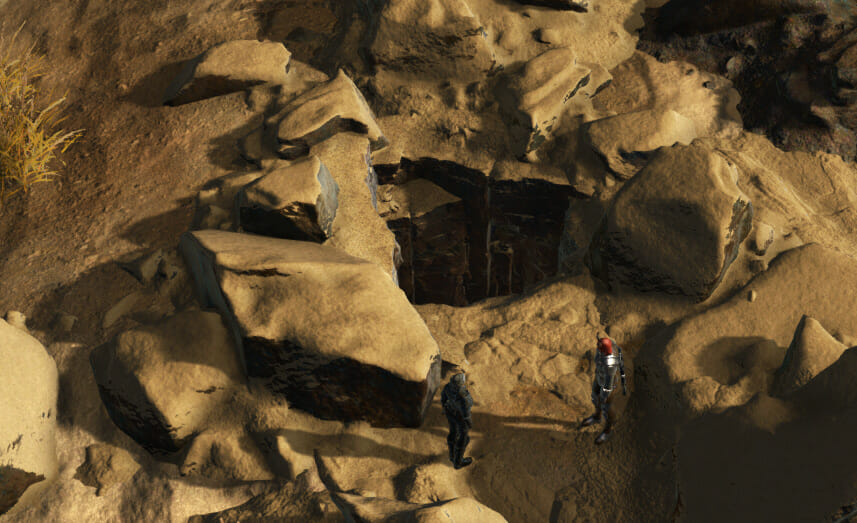 You’ll be inside a dark cave. You’ll need to jump across a chasm, towards the left. You may bump your head on the ceiling as you jump, so push forwards as you are falling. 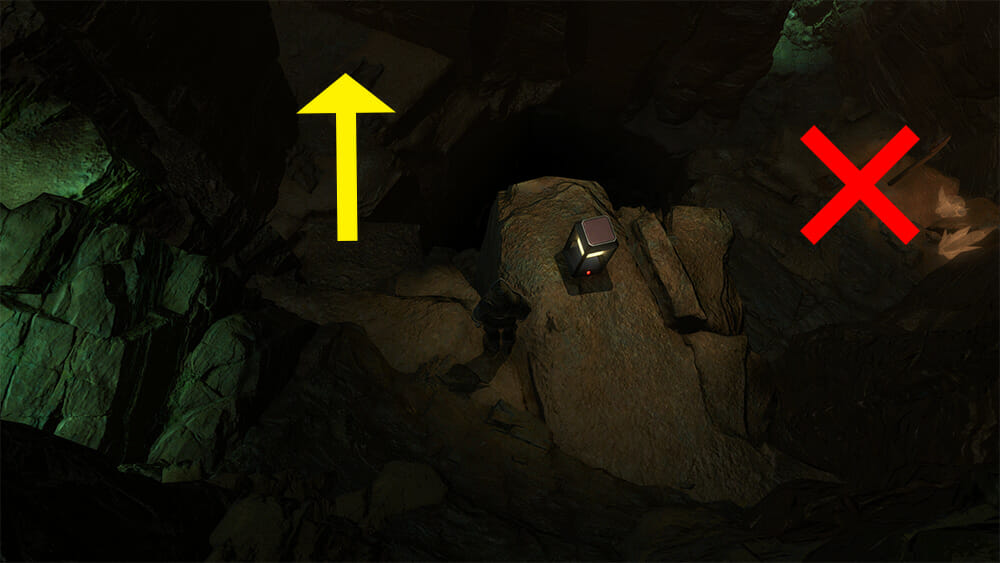 Ahead there will be a short jumping puzzle guarded by worms. 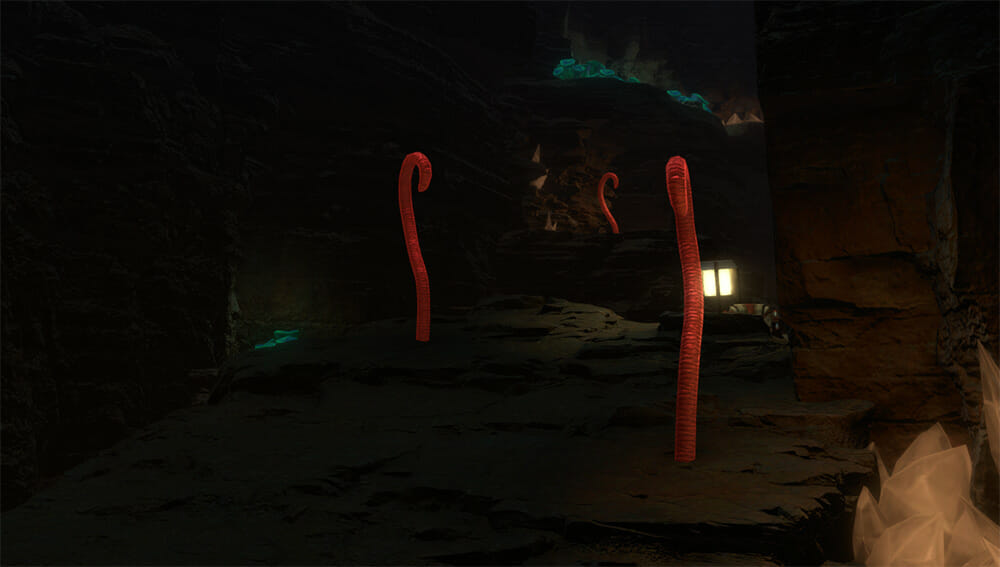 The worms put red circles on the ground – if you are standing on them, you will be knocked back. This makes the jumping puzzle chaotic – you can use all your character abilities to your advantage including jumping while stealthed, your jumps and leaps, and your speed boosts that prevent movement-impairing effects and knockbacks. The path you will take will be along the left side of the cave, ignore the right. 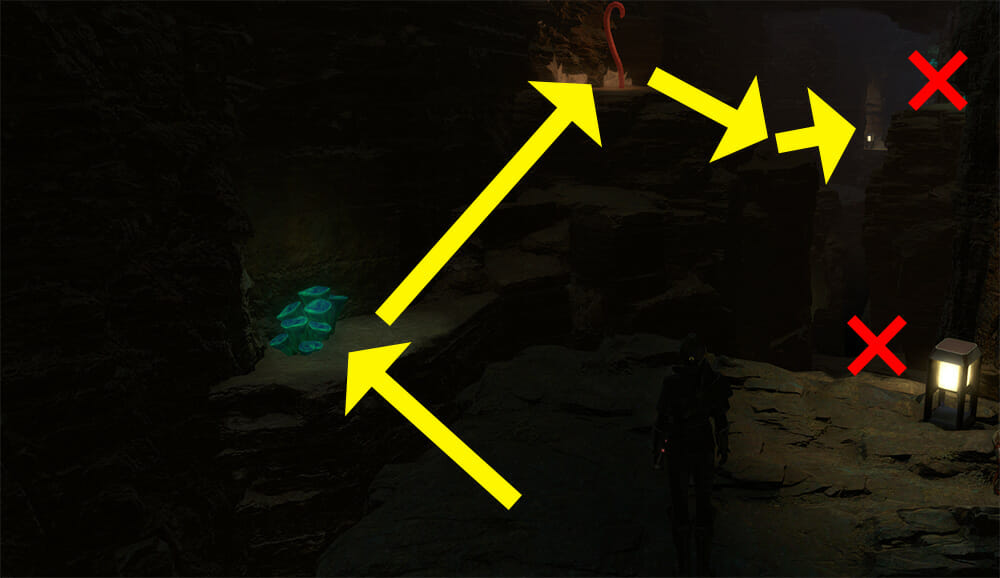 At the end you’ll be treated with more exploding cactus, and some enemies you’ll need to fight, and after that, you’ll have reached the datacron! 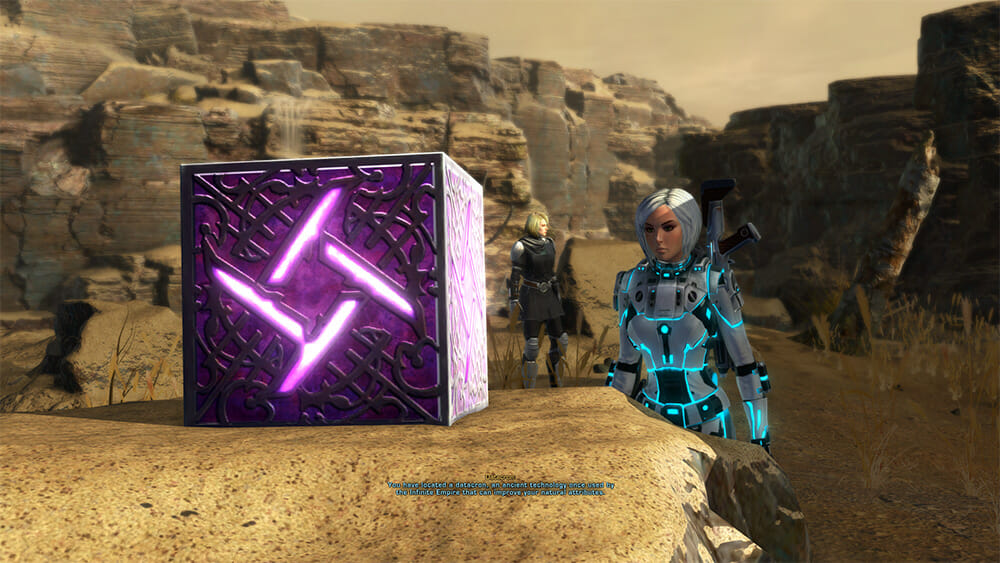