A symbol of hope in dark times, the Jedi Knight stands for the legacy of the Jedi Order—more than twenty-thousand years of protecting the Republic and keeping the peace across the galaxy in style. Through years of disciplined training and meditation, the Jedi Knight hones body and fashion into perfect harmoney.

In this video, we’ll be going over my top ten favorite Jedi Knight armors, from the wildly expensive to something even a Padawan could afford. Don’t forget, you can wear many of these armors even if you aren’t a Jedi by using the Outfit Designer to create a new outfit.

If you’ve got some other characters you’re trying to outfit, this is actually the last video in an 8-video series showing off some of the best looking armor sets for every single class. Check the description of this video for a list to the other class top tens!

With that said, let’s jump straight into my top ten favorite knight sets in Star Wars: The Old Republic.

Ornate Jedi Knight sets with lots of metallic detailing are something fairly unique to the Old Republic era.

More similar to what Jedi wear in the movies, simple Jedi robes have no metal armoring, no elaborate details, and are heavy on the loose-fitting cloth fabric. These types of outfits mirror their attachment-free philosophy, a sentiment that is not as strong in the Old Republic era but does still exists. 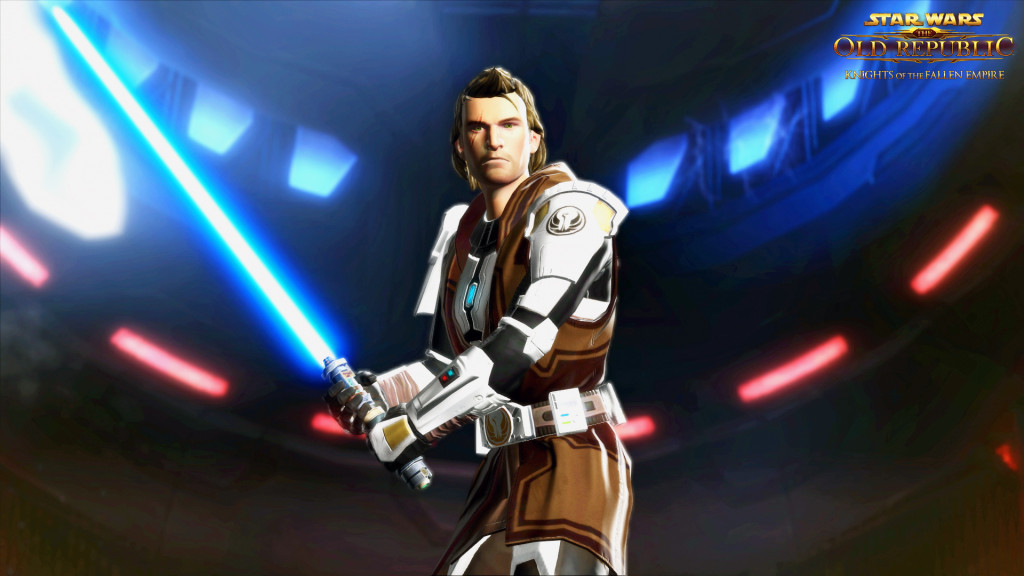