Troopers are the embodiment of the Republic military’s highest aspirations and are the most advanced fighting force in the galaxy. They are equipped to face any foe in any environment, but it’s not their gear that makes them tough — no, wait, it’s definitely their  armor that makes them awesome. 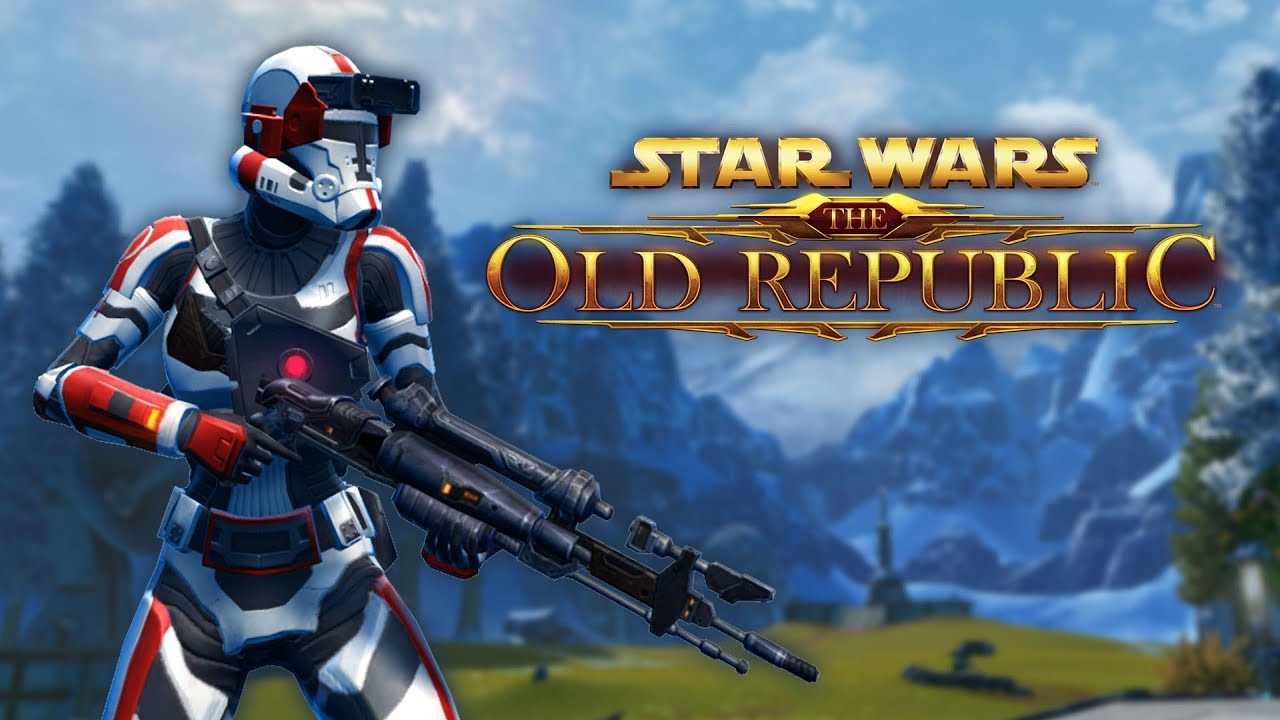 In this list I’ll be going through my top ten favorite trooper armors in Star Wars: The Old Republic, and how to get them. While watching, don’t forget that you can use the outfit designer to change the appearance of your armor without losing the stats of your main armor set, so you can wear these sweet, sweet trooper sets without sacrificing any good armor you’ve picked up along the way. These armors are also not locked to the trooper class – you can wear them on any character, and many of them have no level requirement. 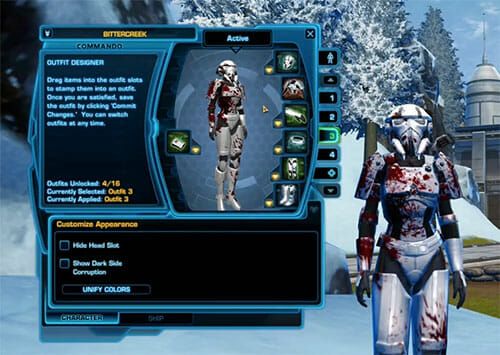 With that said, let’s jump into the list of the best trooper armors in the game!

This set’s pretty cool – you can buy this from the reputation vendor on Oricon once you’ve earned friend status, and it’s the same armor that the enemy force in the area have. The only reason it ranks so low on this top ten trooper list is because of its default colors – a real Republic trooper wouldn’t be caught dead in black.

This set was originally an endgame armor for troopers in the past, and when it came out I was very pleased to see a trooper set that seemed less heavy and bulky, but still “felt” like a trooper set. It’s no longer available as an endgame armor, but you can still earn it through Locked Supply: Military Equipment which you get from completing certain heroics at level 61 or higher, and which can be turned in once you complete Chapter 9 of Knights of the Fallen Empire to Beywan Aygo. Unfortunately, which piece of armor you get from the locked alliance crates is extremely random – you may turn in hundreds of them and still not get the pieces you’re looking for.

The first cartel market set on this list, the Unbreakable Veteran’s armor is a remake of an older set that used to be player vs player endgame armor for troopers. Although it’s a little over the top, it definitely has the intimidation factor a trooper in a player vs player match might be looking for.

Have I mentioned I like buttcapes yet? More formally known as kama, They’re one of my favorite features on any trooper set. This easy-to-get set can be worn at level 40 or higher, and is crafted by armormechs at armormech level 320 or higher, and you can just grab the schematic from the crew skills trainer. Just be aware that when this set changes factions, it also changes appearance.

This set is one of the most iconic sets in the game, due to its appearance in the Star Wars: The Old Republic “Hope” Cinematic Trailer, worn by Jace Malcolm and other republic troopers during the Battle of Alderaan. Players were very excited when we found out that it would be added to the game, but many were disappointed about the actual set once it was released – the version ingame was modeled off of one of the alternative versions of the Havoc Squad armor, and the proportions of the armor are a bit odd – for example, the triangular object on the chestpiece is extremely large and the whole thing just feels a little off and a little too clean. If this set had been closer to the way it appeared in the trailers, it would have been ranked much better on this list, but in the mean time we’ll have to make do with a sub par havoc squad set. 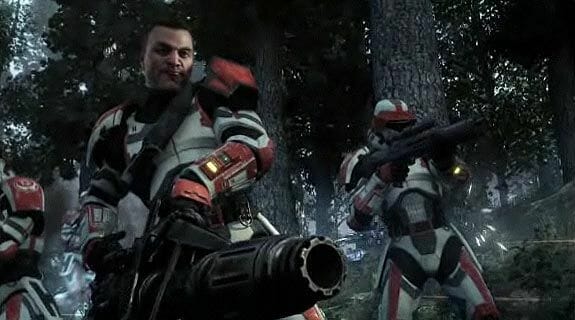 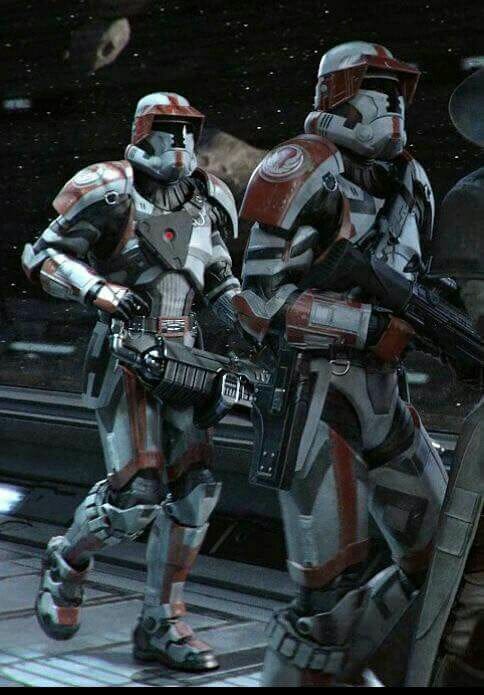 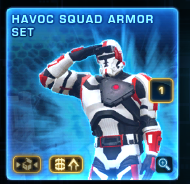 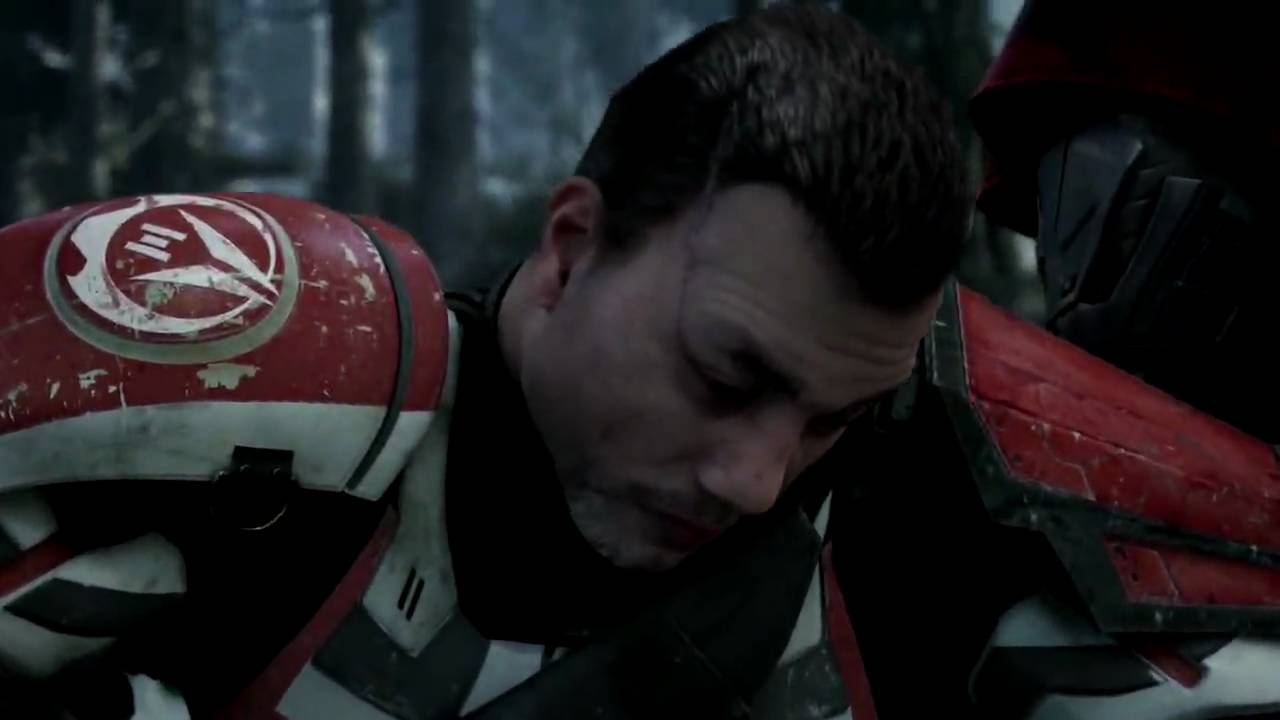 This set is great – it was originally endgame armor, and I was very surprised that they managed to design a new “classic” type of trooper armor without just repeating the designs form the launch of the game. Much like the Remnant Underworld Trooper set, it’s no longer available as an endgame armor, but you can still earn it through Locked Supply: Military Equipment alliance crates.

This set is very unique not for it’s shape but for its texture – no other armor has a similar splatter pattern. While the splatter on the undyed armor is a blue aqua sort of color, it takes dyes very well. If you’d like to make your trooper look like they’ve just arrived from a bloody battle, you can pop in a crafted White and Medium Red Dye Module, they’re not very expensive on the GTN. Or, if you’re less violently minded, this armor is also great for creating a graffiti’d or hand painted type of armor.

This is probably one of my favorite trooper armors in the game. It was originally endgame armor near the launch of the game, and was supposed to be similar to normal trooper armor but “powered up”. I liked this set so much that I took a now-retired variation and made it my armor for my video series, so anyone watching like you are could easily recognize my character. The Vandinite Asylum version of this armor is not too hard to get – you need to be level 61 or higher to wear it, and it can be crafted via a schematic from the crew skills trainer at armormech level 520 or higher. The helmet of this set is also very unique – most other trooper helmet have a more round or oval shape, while this one is similar to a praying mantis or other insect-like creature.

I can’t explain how much I love this set – although Havoc Squad armor might be the most iconic armor for troopers in Star Wars: the Old Republic, this set is the one I think that screams “Trooper”. When the game was first released, this style of armor was often picked up by troopers as they completed quests, heroics and the bonus series on various planets, and many of its color varations were only available through one-time quests and only available to troopers. Now the set is a lot more accessible, and is available in many colors and is even available for non-troopers. Even Jace Malcolm wears a brownish-red version of this armor ingame.

The easiest version to get is called the TD-17A Colossus set, and while it used to be a very rare drop, it’s now available to players for credits from the Adaptive Vendor in the supplies section of the Republic Fleet, at a bargain of 2,500 credits per piece. You can even get this set for an Imperial character – you just need to pick it up on the Republic side and send it over.

If blue’s more your color, there’s an armormech crafting variation called Ciridium Asylum that can be worn at level 46 or higher – you can either craft it yourself if you have an armormech  that is level 370 or higher, once again the schematic is directly from the crew skills trainer.

If you’re actually playing on a trooper, there’s another class-locked version that’s easy to get but a bit pricey – it costs 1,200,000 credits for the full set, which can be bought from a legacy vendor on Coruscant near the senate building, and requires legacy level 20. In exchange for the steep price, you’ll get a green camouflage version of this classic set. 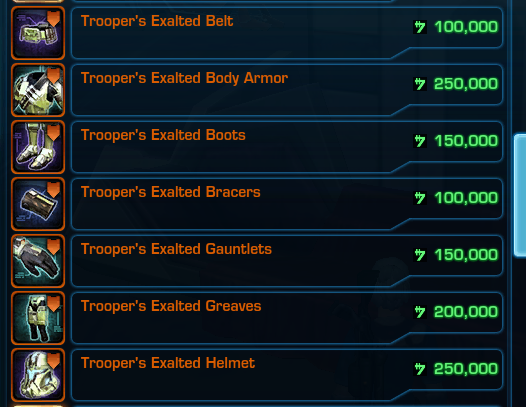 Lastly, if you want the opposite of camouflage, there’s a schematic available to craft a banana-yellow version called Diatium Onslaught Chestguard that can be crafted by armormechs, but it can be tough to find the schematic as it’s not available from the crafting trainer. Be warned though, because this is an older armor set, it’s locked to Troopers and Jedi Knights who can wear heavy armor.

There’a also a version available from the Cartel Market called the Stalwart Protector Armor Set that costs 1,200 Cartel Coins, but it’s an exact duplicate of the set available on the fleet you can buy cheaply with credits. 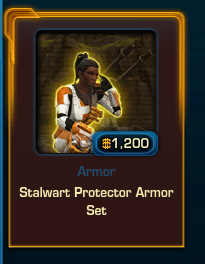 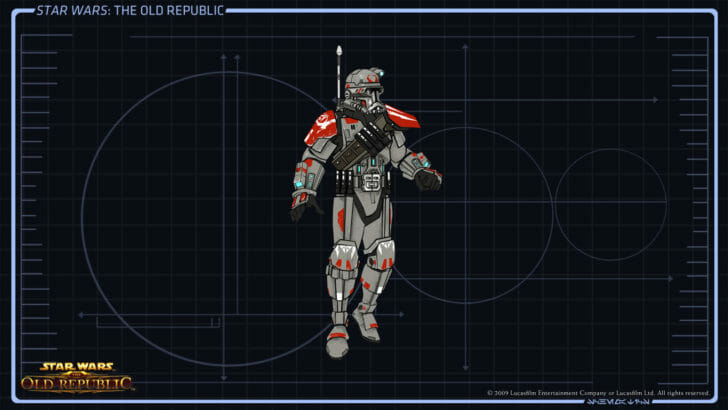 THIS SET IS SO COOL.
I absolutely adore this set and it was one of the first sets I paid to unlock for all my characters with cartel coins. As you can see this set has a similar shape to the classic trooper’s set we just looked at, but it has a very soft glowing animation on the armor details.

There’s two other sets that have a similar glow effect called the Galvanized Infantry Set and the Energized Infantry Set, and while they are similar, the Tactical Infantry set outshines them by a mile – it has a special effect so that when you draw your weapon, a tactical heads up targetting display is projected in front of your character, and stays up until you put your weapon away. Awesome.