One of the great things about Star Wars: The Old Republic is that players can unlock all the current and past expansions simply by subscribing for one month, even if they unsubscribe the month afterwards.

UPDATE: Text is updated for 2022 and 7.0! The video is mostly up to date EXCEPT Combat Styles & Galactic Seasons. 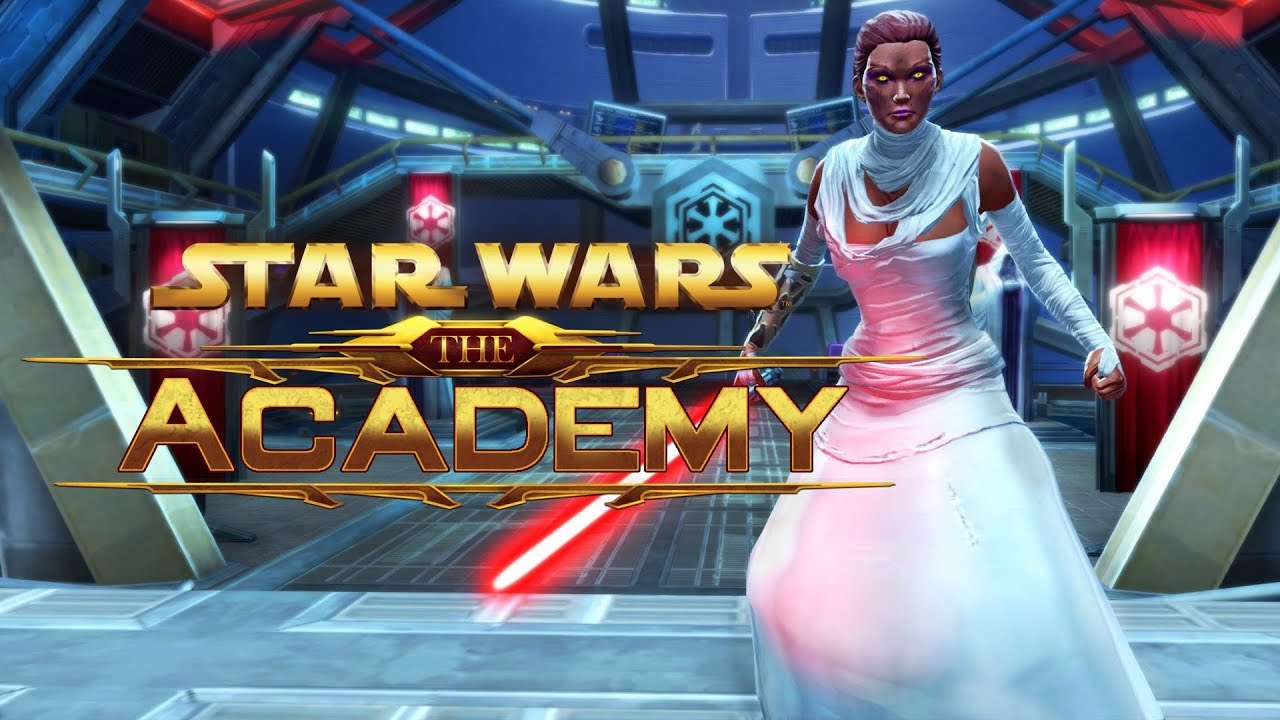 Free-to-Play players only have Humans, Cyborgs and Zabraks available during character creation. Subscribing unlocks many more races, with each class gaining new default races you can choose from. After a player unsubscribes, these new options become unavailable again unless the player unlocks them through other means. This means while you are subscribed, if there are more characters you wanted to play as one of the more exotic races, you should create them during your one month even if you don’t play them for a while.

Here are the additional races that become unlocked for subscribers:

If you want to unlock these races for other classes that are not listed, you will have to unlock them, and the easiest time to do so is while you are subscribed. You can unlock any species for any class with Cartel Coins by purchasing the unlock, credits by purchasing the legacy unlock, or by getting a character of that species to level 50 on a different class.

The ability to unlock and play a Second Combat style was added in the 7.0 expansion – however this feature is only for subscribers. Once you become a preferred player, you will be stuck with whichever of your two Combat Styles you had selected when you are were last subscribed.

Before your subscription runs out, go through all your characters and make sure they have the Combat Style you want to have until you subscribe again selected. you can do this by pressing “K” for “Kombat” on your keyboard.  You may also want to adjust your loadouts to make sure they match your chosen Combat Style if you are using them. Don’t worry about your Discipline, as that can be changed easily, even as a preferred player.

As a Free-to-Play player, you can only buy the first few inventory unlocks with credits – after that you will only be able to purchase them with cartel coins. Subscribers have the ability to unlock inventory slots with credits.

It’s suggested that players buy the first 7 slots on their characters, and then once they become a preferred player they can use a referral code to receive a free inventory slot unlock to use to unlock the expensive 8th slot. You may not need those inventory spaces now, but you’ll be grateful for them as a high-level preferred player in the future!

Free-to-Play players do not have access to a Personal Bank (green bank). Once you subscribe, you will automatically unlock access to it and retain access even after you unsub. During your subscription time would be a good time to unlock more space in your banks, both your legacy bank and your personal bank.

Free-to-Play and Preferred players have a credit cap of 1,000,000 credits. As a subscriber, you will receive back any credits you had earned in the past over those caps, and the credits cap is removed. Once you unsubscribe, you will be downgraded to a preferred player, and any credits over 1,000,000 will return to your credits escrow and you won’t be able to spend them until you subscribe again.. so you should spend them while you can!

Players may want to look into buying:

Although your characters will still only be able to hold 1,000,000 credits if you are a preferred player, your Legacy Bank can hold an infinite amount of credits. You should place any excess credits you have into your legacy bank – that way, you’ll be able to withdraw up to 1,000,000 credits at a time from your Legacy Bank as a preferred player after you unsubscribe.

If you don’t have a legacy bank yet, make sure to do the Strongholds introduction missions located at the hologram in the Strongholds and Crew Skills section of the fleet. Your Legacy Bank can only be access in your stronghold.

Rush or Take Your Time

If you aren’t already max-level, you’ll have two options. Subscribed players gain the ability to earn gear at level 75 through the Renown system and by earning Tech Fragments, and as a preferred level 75 player you only get 25% of the Renown rewards from once you are unsubbed. If you are very interested in gearing up, you can rush to level 75 and then spend your one month doing activities that gain you gear like operations, flashpoints or pvp, or by doing activities that gain you Renown XP like heroics, story chapters or flashpoints. You should still be able to wear any gear you’ve earned and put on even after you unsub – you just won’t be able to earn or wear any new gear afterwards.

If you’re still a low level, you may also just want to take your time. The good news is that you will gain the ability to reach level 75 and play the expansions even after you unsubscribe. Some players misunderstand the way the expansion unlocks work – you do not have to stay subscribe to level up and play the stories, you only have to have subscribed at least once to unlock them in the first place. So you could unlock the expansions by subscribing when you are level 20, but not even get around to playing them until months later without any issues.

Section X is one of the areas that become unavailable after you unsubscribe, so players at level 50 or higher will want to complete this area and the HK-51 quest started in this area before they unsub. This quest is started by speaking to a droid with a quest symbol near to where to load in to the area. Imperial players will speak to G0-A1, and Republic players will speak to B6-31. HK-51 Companion Droid Quest guide. To start Section X, simply fly there with your ship – there is no NPC to talk to to start the story. This is the only story quest I highly recommend doing while you are subscribed – the other expansons stories and additional planets stay unlocked and can easily be done even if you unsubscribe later.

Operations, the 8-man level 50+ group content, are one of the few activities that you can not do once you unsub. If you want to try operations, make sure to get into a group before your subscription expires. This is also a great way to earn gear. The two easiest operations are Eternity Vault and Karagga’s palace, so keep your eye out for them in the groupfinder panel – Operations rotate daily.

Galactic Seasons is a way to earn rewards by playing different parts of Star Wars: The Old republic, with new objectives being available each week, and a unlockable track with rewards that expires at the end of the season. You can only claim the subscriber rewards while you are subscribed – so if you plan on unsubbing for the rest of the season, take a look at the track and see if there’s anything you want to push to unlock before you unsub. If you are the kind of player who subscribes on and off, you can work your way up the track while you are free to play or preferred, and then subscribe later and you’ll be granted the subscriber rewards you had earned as well – just make sure to subscribe them and claim them before the season runs out if this is your plan! Seasons last about 5 months total and you can see them by pressing the checkmark on the far top left of your screen near the social bar and chat.

Redistribute Your Goods Before Unsubbing

Preferred players have a default limit of 12 active characters per server. If you have many characters, you won’t be able to play them all while unsubscribed, so make sure to redistribute any credits or unbound items to characters you’ll be playing actively. Don’t forget to give 1,000,000 credits to each of the characters you will be playing, and put any extra credits in to your legacy bank.

Once you unsubscribe, don’t forget every 90 days you can use a friend’s referral code for 7 days of free subscription. You can use these free 7 days to earn high level gear, buy expensive things with your escrowed credits, and take advantage of any of the other subscriber-only perks like being able to gear up though galactic command or join operations. If you missed any of the tips above while you were subscribed, you can always take advantage of them during the 7 days from a referral code. You should be able to use a referral code immediately after you unsub, and then once every 3 month after that, but it’s a bit finicky.