Combat Styles are a new way of being able to choose how you fight with your character in combat in Star Wars: The Old Republic.

What are Combat Styles?

Before the expansion, you were limited to two Advanced Classes depending on which Class you picked – for example, if you chose the Jedi Knight as your Class, you could only choose to fight as a Guardian or Sentinel as your Advanced Class. Combat Styles are shaking up these restrictions by separating your story from the way you fight in-game, for example, in the expansion you can now play a Jedi Knight as a Shadow with a double-bladed lightsaber, or even as a Sorcerer, and use Force Lightning, all while playing the Jedi Knight origin story. Force users will be restricted to Force-using combat styles, previously known as Advanced Classes, and Tech users are restricted to tech-using Combat Styles.

There’s also an additional restriction when it comes to dark-side and light-side Combat Styles when it comes to Jedi and Sith – when creating a character, you won’t be able to pick up dark-side combat style as a Jedi unless you have also unlocked the Dark V achievement though your legacy, and you’ll need the Light V achievement if you want to choose a light-side combat style for your Sith character. Tech users are able to choose from all eight Combat Styles right away – for example, you can easily play as a Trooper Sniper from level 1! You will have all the combat abilities of your chosen Combat Style – for example, if you choose to play a Sith Inquisitor but choose the Juggernaut Combat Style, you wont’ have any Force Lightning when you go into combat, even if you use it in cutscenes in the story.

When creating a Jedi Knight, you will have the ability to choose between four Combat Styles: Guardian, Sentinel, Sage and Shadow, who all fight with Lightsabers and the light-side of the Force, but who each have very different ways of approaching combat. 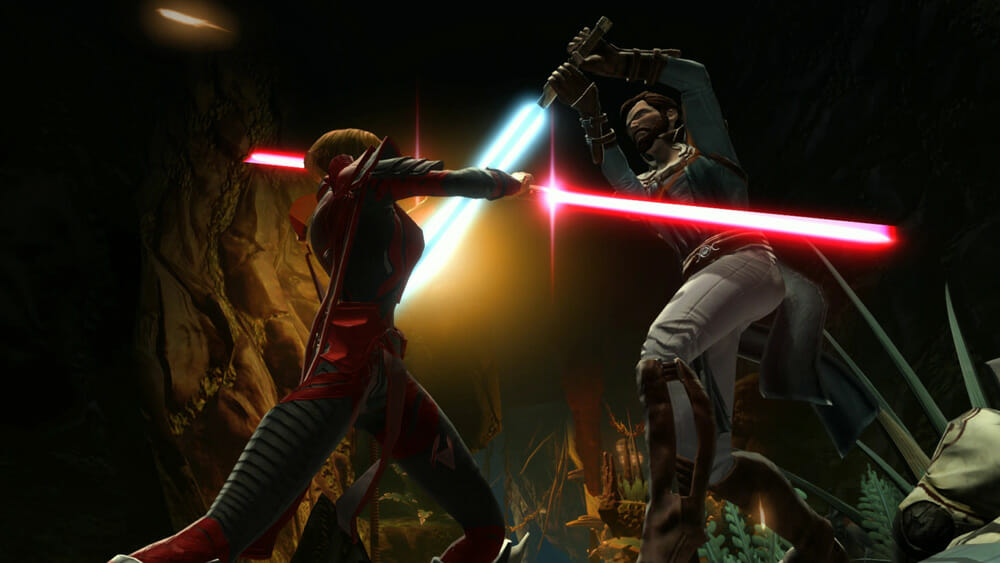 Your Combat Style choice is a permanent choice, so choose wisely.

If you have earned the Dark V achievement on any of your characters on your server, you will also be able to choose from the dark-sided Combat Styles as well, and the Juggernaut, Marauder, Sorcerer or Assassin will be added to the list you can choose from when creating a level 1 Jedi Knight character.

If you’re a newer player, and didn’t have Dark V unlocked and didn’t have the option to choose a dark-side Combat Style when you created a character… while you are playing the story, if you make dark-sided decisions and your character has turned towards the dark side by moving their character Alignment bar into the Dark, you will have the option to flip your chosen Combat Style to its dark-sided counterpart, the Juggernaut, Marauder, Sorcerer or Assassin, while remaining a Jedi Knight. This choice to flip happens after you reach Chapter 3 of your Jedi Knight origin story. If you are an experienced player and have already earned the Dark V achievement on any of your characters on your server, you won’t get this option to flip, since you had the option to choose a dark-side combat style when you were creating your character. 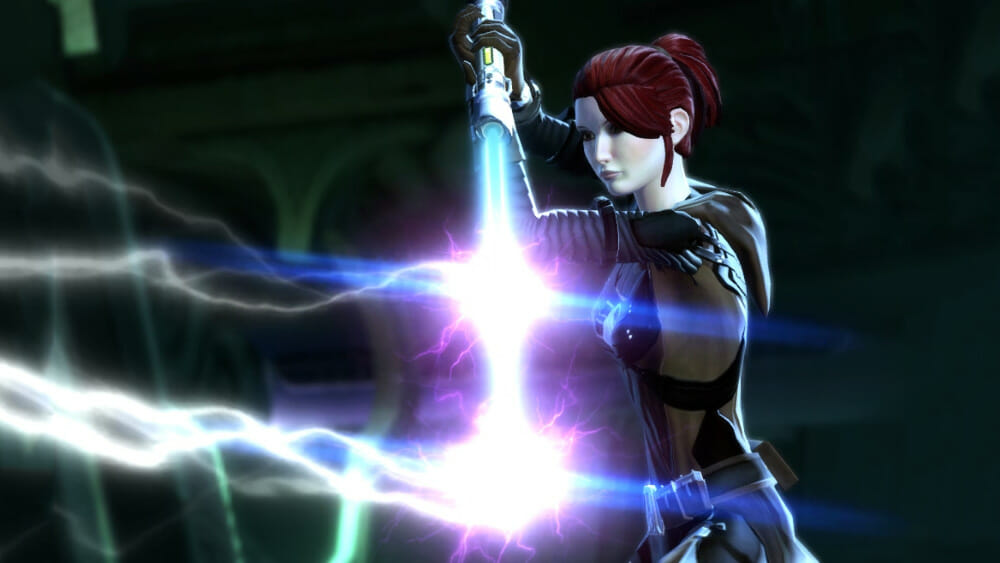 (And here’s an important note for players who had characters that existed before the expansion. If you already have a Jedi Knight created but you haven’t logged into them since the Legacy of the Sith expansion came out, the first time you log into your Jedi Knight, if their alignment is even 1 Dark Side point away from 0, you’ll be given the option to flip your current combat style. This is kind of like a one-time gift from the developers, to give us the option to flip an existing character since the option didn’t exist until the expansion launched.)

All this was for Force Users – Tech Users, like the Scoundrel, are a lot easier, because they do not have any type of alignment when it comes to dark or light. Tech user characters will be able to pick up a second combat style from any of the eight tech user options. 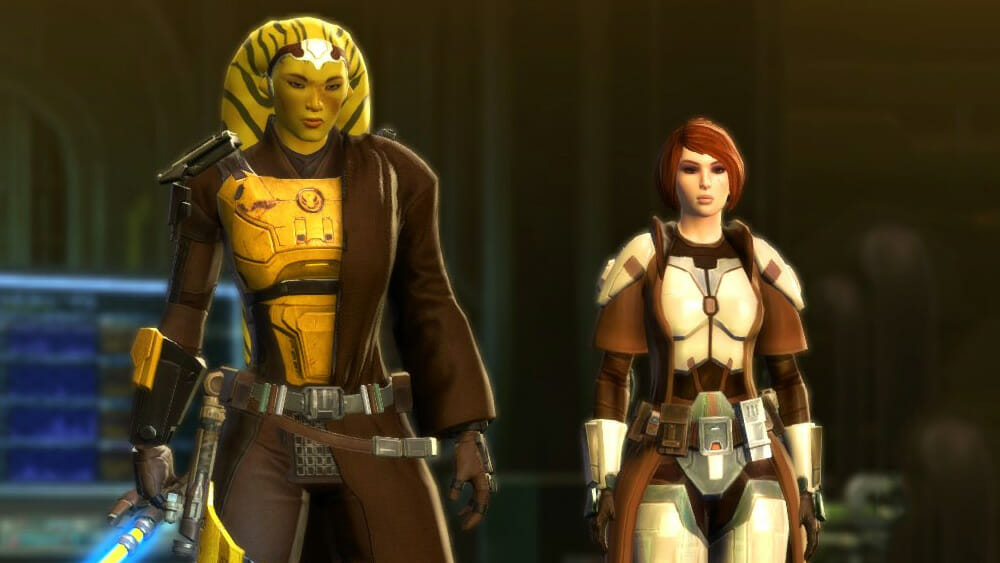 If you are an experienced player and have already completed Chapter 3 of the Jedi Knight Origin Story on any of your Jedi Knight characters on your server, subscribers will be able to choose your second Combat Style immediately after your create your character, and you won’t have to wait to complete your Origin Story to pick up your second style.

(So that means, if you have existing characters who have finished their story, when the expansion launches you should be able to just log in and pick your second combat style for them right away.)

You will be able to easily switch between your saved settings for each of your Disciplines using the new Loadouts feature.

Which Combat Style should I choose?

The choice is yours! There is no “best” Combat Style, instead you want to choose one that seems like it will be the most fun for you to play. All Combat Styles are viable for all types of content in the game.

Learn more in the Choose a Class page! 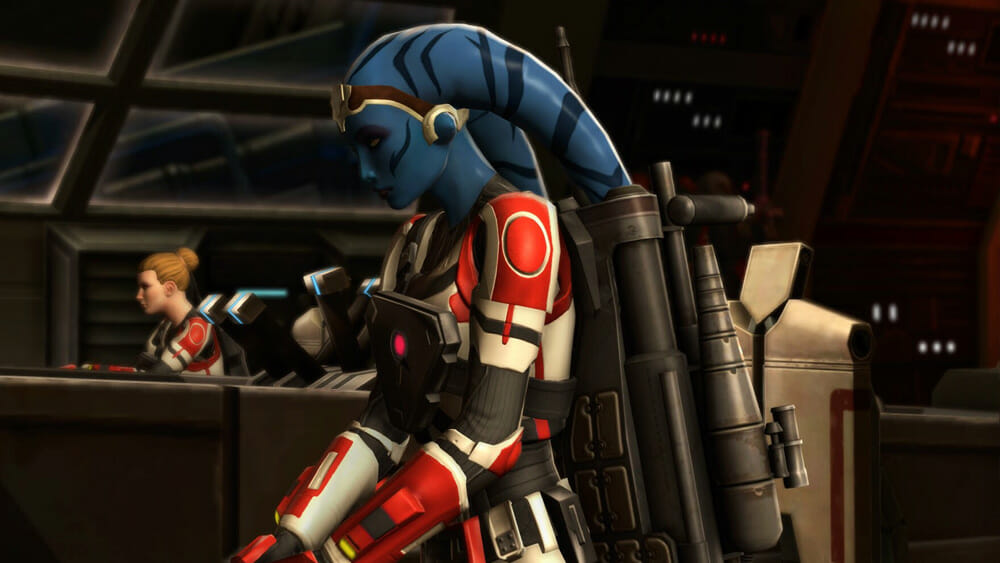 So let’s go over some examples.

I have a Sith Warrior Juggernaut that I created years ago. I’ve been player for a while but I only have one character so far on my server.

She’s finished her story, and she decided to bring order and equality to the Empire, taking down its evil from the inside, and leans towards the light side of the Force.

On her character sheet before the expansion, when I roll over her character sheet it shows she is Alignment positive 3,000, Light I. Because she is not Neutral, and not Dark which is kinda the default, when I log into her after the expansion launches I will have the “one-time-gift” option to “flip” her Combat Style from the dark-sided Juggernaut to its light-sided mirror counterpart, the Guardian. This seems cool, so I decide to flip her, and she becomes a Sith Warrior Guardian instead of a Juggernaut. This is a permanent choice, I can’t flip-flop.

Because I am a subscriber, and because she has finished her story, I can add a second combat style to her right away when I log in for the expansion. And cool – since I had the option to flip my character, I will also have all four light-side combat styles to choose from in addition to the four dark-side ones. I’ll pick up Sorcerer as my second one for some lightning action.

Don’t forget though, you can’t combine combat styles in anyway – I can’t use my light side Guardian and dark side Sorcerer powers at the same time. But I can swap between Guardian and Sorcerer depending on how I want to play that day.

I have a Jedi Consular Shadow. I have a ton of characters on this server that I’ve played a lot.

My Shadow is a pure light side character who saved the galaxy and is a paragon of the Jedi.

When I log into her when the expansion launches, since her light-side alignment matches her being a Jedi, she won’t have the option to flip unlike my Sith Warrior did. Her first combat style will remain as Shadow. I’m sad, because although she is light-side in the story, I reallllyyyyy like the way Force Lightning looks.

I have a Trooper Vanguard, she’s my main character and is all caught up with the stories.

When I log into her when the expansion launches, since she’s not a Jedi or Sith, there’s no option to flip her in any way – her first combat style will automatically be Vanguard.

Because I am a subscriber, and because she has finished her story, I can add a second combat style to her right away when I log in for the expansion. Because she’s a tech user, she’ll have all eight tech user styles to choose from. I want to occasionally be able to use stealth, so decide to choose Operative as my second class. Now when I want to tank, I’ll choose Vanguard, and when I want to sneak or do damage, I’ll choose Operative because I find it a lot of fun to attack with.

I’m a brand new player. I don’t have any achievements or any characters who have finished their stories or anything cool like that yet.

I’m going to create a brand new Jedi Knight character now that the expansion has launched.

I will have the four default light-side options available: Guardian, Sentinel, Sage and Shadow. I’m going to make a Guardian right away. I’ve heard maybe I can make them dark-side, but since I’m not I don’t see any options to do that when creating my character. As I play the story, I do evil deeds and start turning towards the dark-side. Since I take my time, a few months later, I eventually finish my Jedi Knight origin story!

Because I have been choosing dark-side options, after I finish my story, I will get the option to flip my character from Guardian to Juggernaut. I can say yes or no. I’m so excited that I unlocked an option to have dark-side powers so I say yes.

I’m a player whose been playing for years and I have a ton of characters and achievements. Woohoo!

I’m going to create a brand new Jedi Knight character now that the expansion has launched.

Because I’m an experienced player, I have the Dark V achievement unlocked. Uh.. ok.. I didn’t have it before the expansion but I figured out how the system works and grinded Diplomacy and PvP’d on my characters with the highest dark aide alignment until I got the achievement. Hah.

When I go to create that new Jedi Knight, because I do have the Dark V achievement, I can make him choose a dark-side combat style right away when I create him – I’m going to make him a Jedi Knight Marauder at level 1 and terrify everyone on Tython and I’m totally going to get him some evil looking robes.

Because I am a player who already has the Dark V achievement, I won’t see any type of option to flip him when I finished my story.

I will be able to add a second combat style to him though! Because I am an experienced player and have already ran a Jedi Knight through the story in the past, I’ll be able to add that second combat style right away once I’m in-game, I don’t have to wait to finish the story. Since I have the Dark V achievement, I’ll even have all eight combat styles to choose from, and because I am an edgy Jedi, I’m going to make him a Marauder and Assassin. No light ide garbage for me wheeeeeeeeee! The only part I’m sad about is that I can’t use my double-bladed lightsaber while I’m a Marauder – since we don’t get to mix and match weapons.