Star Wars: The Old Republic is one of the largest Star Wars games in existence. In this video, we’ll be going over what it’s all about and what you can do in the game.

Star Wars: The Old Republic is a massive multiplayer online role playing game which means you can play together with friends online or play alone alongside thousands of other players all playing together on the same server, and is similar to other online roleplaying games like World of Warcraft. The game is immense in size, and is only available on a computer, and can not be played on a phone or a console or offline. One of the biggest draws of the game is that it is set in the legendary Star Wars universe, but has a key difference compared to the Star wars movies – it’s set almost 4,000 years before they take place, in a world where Jedi and Sith are abundant and the Republic and the Empire are at constant war. 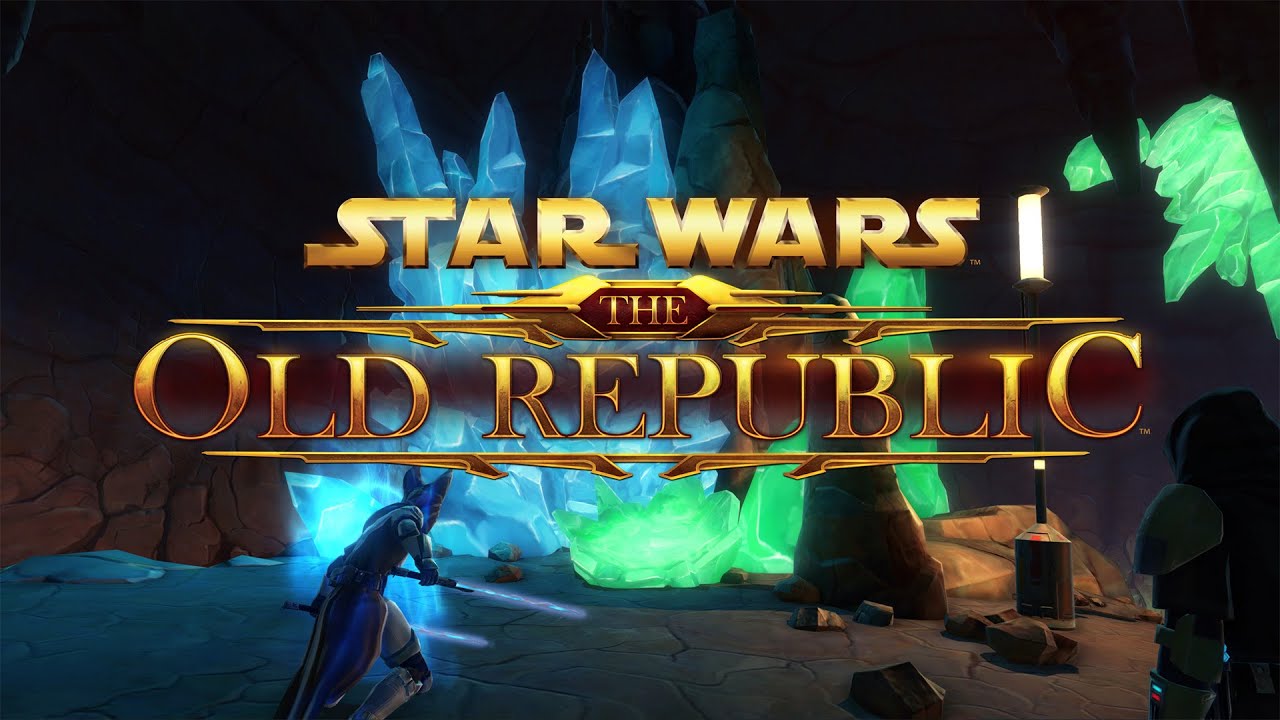 You start the game by creating a character – you choose a faction to ally with, the valiant republic or the powerful empire, and then choose your class. Your class will determine a lot about how you experience the game – each class has a unique story to follow, and each class has a unique combat style. You can play as the Jedi Knight a guardian of peace, the Jedi Consular a seeker of wisdom, the Trooper, a defender of the Republic, the Smuggler, a quick-thinking rogue, the Sith Warrior, an unstoppable force of the dark side, the Sith Inquisitor, a sinister prodigy of force power, the Bounty Hunter, a killer for hire, or the Imperial Agent, the empire’s secret weapon. You’ll also be able to customize your character once you’ve picked a class – you can choose their species, their gender, and how they look.

The game has four pillars of gameplay – story, progression, combat and exploration. As soon as you create your character you’ll jump immediately in to the story. Star Wars: The Old republic is unprecented when it comes to story in online games, and in the cutscenes you will actually see your character acting out the story, and each cutscene is fully voiced. The cutscenes are almost like a living movie , where you get to decide how you’ll react to situations as they happen, and make crucial decisions that will affect your storyline later. These cutscenes will explore the story of your class, from your humble start all the way to becoming one of the most prominent members of the Republic or the Empire.

Out in the open world, you’ll be thrown in combat with enemies of all types, from feral creatures to saboteurs. Combat happens in real time – that means you can’t pause the game to think about your next move, and you’ll have to react in the moment. As a new player, you’ll start off with just a few abilities, and you’ll unlock more and more as you level, depending on which class you’ve chosen. Each class has a very unique flavor of combat, which is further customized by choosing an advanced class. For example, if you are playing an Imperial Agent, choosing the Agent’s Operative advanced class will allow you to use stealth and attack up close and personal, while choosing the Sniper advanced class will allow you to take cover and snipe your enemies down from far away. On top of that, each advanced class has three additional paths you can switch between while playing, for example the Operative can switch between focusing on doing lots of damage over time with toxins, to doing large bursts of damage through stealth attacks, to focusing on healing themselves or their teammates with nanotech medicine. These different paths give a lot of variety when it comes to combat, and learning to play your class well can be incredibly satisfying.

While playing the main storyline, you can either play the game by yourself and occasionally interact with other players as they do the same, or you can play the story with up to three other players. Over time, you’ll unlock companions who will accompany you in your story, and your own starship, which you can use to travel from planet to planet.

As you play you’ll start encountering many of the other things you can do in the game. Because Star Wars: The Old Republic is meant to be played for months or even years, the game has a huge amount of depth and optional parts to explore. None of these are mandatory – if all you want to do is work your way through the story, you don’t have to worry about the additional content available in the game.

Apart from your story quests and combat, the first you’ll start encountering is exploration. Star Wars: The Old Republic will lead you to dozens of planets as you follow your story, and each planet presents a unique environment with secrets to uncover. One of the most fun secrets in game to discover are datacrons – these are hidden artifacts you can search for on every planet that will give you bonuses to all of your characters – some are simply hidden well in places only an adventurous player would think to look, while others can only be found by making your way through intensive jumping puzzles. These and the other hidden secrets in the game are tracked in a large achievements panel which is shared across all your characters, and players often use these achievements to find out which hidden lore objects they’re missing or to see which maps they haven’t fully explored.

When it comes to combat, there are three main routes players can take once they have finished the main storyline and the expansion storylines – solo combat, group combat, and player vs player combat. If you are looking to play the game purely alone, the game’s main storyline is perfect for you, and solo players often go on to create another character to experience the other class stories, or jump in to the more difficult content like the solo dueling tournament or the more difficult versions of the story in the later expansions. While there are not many solo-focused combat challenges, there is a ton of exploration, collecting, and progression activities for solo players.

However if you’re willing to group up, the game has a lot of fun to offer when it comes to group content. The most popular type of group content in the game is collectively know is PvE – Player versus Environment, which is all group content where teamwork is key and your group will play against the computer. You can either group up with other players you know, or be placed in randomized groups with other players online. The game offers over 30 Flashpoints, which are story-driven encounters where you team up with three other players to complete an integral mission together, which can take anywhere from twenty minutes to an hour depending on your group, and if you have a more experienced group you can even take them in to the more difficult version with better rewards. Operations are considered the true endgame for teamwork-based group content – they are eight-person missions focused on intense combat against strong enemies with unique mechanics that you’ll have to learn to take on as a team.  Operations are personally some of my favorite content in the game, as you can often spend hours in an operation working together on a difficult fight – or blaze through them with a good team in under an hour.

The other path you can take is PvP – player versus player content. You can queue up, get matched with a randomized team, and actually fight against other players. Some matches will be objective focused, like in Huttball a deadly take on galactic sports, or in a different match you might  fight for control of the heavy laser cannons in a strategic battlezone on Alderaaan. In other matches, you’ll be competing in a pure death match, where the last team standing wins. Player vs Player combat has a great focus on learning how to play your character to the limits of what your class offers, and learning how to fight against the many other different types of play styles available in the game. You can also take to the skies in galactic starfighter matches, where you can choose your ship and dogfight against other players.

In addition to story, combat, and exploration, the game also offers a lot in the way of progression, including gearing up your characters over time, the reputation system where you can build your status with factions across the galaxy, limited-time events, collecting items, weapons and armor, crafting your own items, unlocking and decorating your own player house, weekly objectives with great rewards, completing achievements, and completing the class story on each of the eight classes. Many of these different progression systems are designed to be completed over multiple days, or even over a few months!