Choosing a Class in SWTOR!

Choosing a class in Star Wars: The Old Republic can be intimidating – there’s a lot of factors that go into making your choice, and this guide will go over them all in a simple and easy to read way for players who have never played the game before! Your choices when you create your character will affect your story, what planet you start on, how you fight in combat, and which weapons you can wield.

There are eight unique character stories you can choose to play in SWTOR – these are officially called Origin Stories, and are often known as Class stories. Most new players take a look at these eight options, and choose a story that appeals to their interests. For example, a player who likes Darth Vader might want to join the Empire as a Sith Warrior. A player who likes underworld elements and wise-cracking jokes might try the Smuggler. Many players also make it a goal to eventually play all eight, as they are often considered the best stories in the game. Your Origin Story is a permanent choice when you create your character. 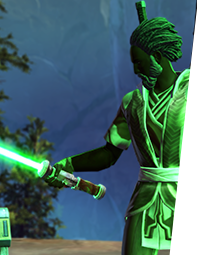 Jedi KnightVALIANT, DETERMINED, GUARDIAN OF PEACEA symbol of hope in dark times, the Jedi Knight stands for the legacy of the Jedi Order, protecting the Republic and keeping the peace across the galaxy.Read More 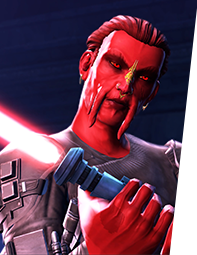 Sith WarriorCHAMPION OF THE DARK SIDEAn unstoppable force of darkness, the Sith Warrior is entrusted with the task of destroying the Empire’s enemies and enforcing Sith domination across the galaxy.Read More 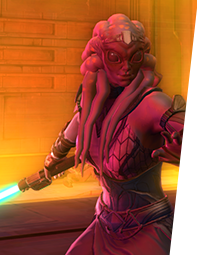 Jedi ConsularVISIONARY, AMBASSADOR, SEEKER OF JEDI WISDOMJedi Consulars channel the power of the Force for strength in combat and wisdom in diplomacy. Jedi Consulars always seek to grow their knowledge.Read More 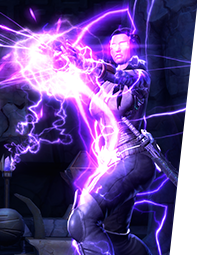 Sith InquisitorSINISTER, DECEPTIVE, PRODIGY OF FORCE POWERDark secrets are the lifeblood of the Sith Inquisitor. The Inquisitor experiments with forbidden powers in order to excel and seize authority.Read More 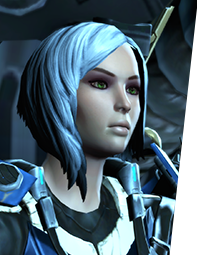 TrooperHONOR, DUTY, DEFENSE OF THE REPUBLICTroopers are the embodiment of the Republic military’s highest aspirations – the most advanced fighting force in the galaxy.Read More 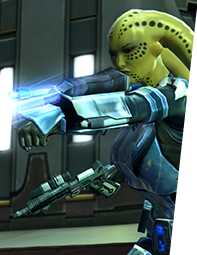 Bounty HunterHUNTER, SEEKER, KILLER FOR HIREIt’s never a question if a Bounty Hunter will find you… only when. Both infamous and anonymous at the same time, Bounty Hunters are far more than mercenaries for hireRead More 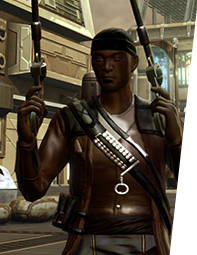 SmugglerQUICK, CLEVER, ANSWERS TO NO ONEAbove all else, Smugglers make their own destinies. Smugglers require fast reflexes, fast wits and a fast draw with a blaster.Read More 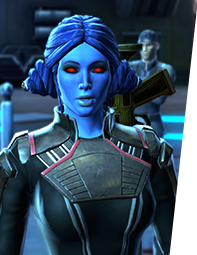 Imperial AgentASSASSIN, SABOTEUR, THE EMPIRE’S SECRET WEAPONImperial Agents must master the arts of infiltration, seduction and assassination to carry out the most dangerous and sensitive Imperial assignments.Read More

There are four starter planets, and which planet you start on is determined by which Origin Story you choose. 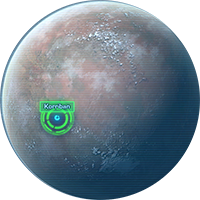 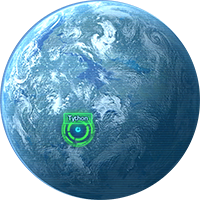 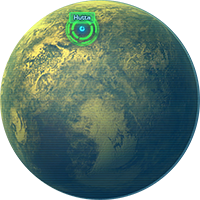 HuttaHomeworld of the Hutt Cartel 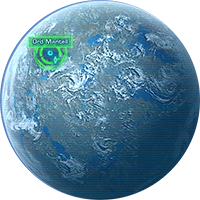 Your Origin Story also affects who your early companions are, and your gender and origin story affect what romances you can have in the early parts of the game. In the expansions, your companion options and romance options open up a lot more. Each Origin Story has five companions that they gain as they progress in the story, each with their own goals and personality. View all Companions

Your Combat Style is what abilities you have while fighting in SWTOR.

If you already have a specific way you’d like to fight in mind, you’ll need to make sure to choose an Origin Story that allows you to pick a matching Combat Style.

Combat Styles are restricted to certain Origin Stories – for example, you will never see a Bounty hunter wielding a lightsaber or shooting Force Lightning. Tech users can choose any of the eight tech Combat Styles when they create their character, and Force users can choose any of the four combat styles that match up with their Origin Story – for example, you can not immediately create a dark-side wielding Jedi.

Once you have reached Dark V and have grown your dark-side influence through the story, you will eventually be able to switch over to using the dark-side counterpart of your chosen Combat Style. So if you want to a be a lightning-wielding Dark Jedi, you’ll want to first choose to be a Sage, and then later you will be able to flip over to its dark counterpart, the Sorcerer. To unlock the option to flip your character’s combat style, you must first reach Dark V or Light V on any character by making dark or light decisions in the story – it does not need to be on the character you want to flip, but you need to have unlocked the matching achievement for the alignment you want to flip your character to. The ability to flip your character happens after character creation, as part of a quest you can start when you feel you are ready to decide, as choosing to keep your original combat style or flipping your character to the opposite combat style is a permanent choice. Only Jedi and Sith get to make this choice.

There are sixteen different Combat Styles in the game, with half being “mirrors” of their counterparts, which means they look different but play the same in combat. They have different graphics, sounds, and sometimes even weapons, but the way you attack things or heal your allies will feel very similar if you try a Combat Style that’s a mirror of one you have already played.

If you are already familiar with online gaming, you may have decided you want to play defensively as a Tank, heal other players as a Healer, or hit things as a Damage / DPS. Your Combat Style also decides which of these roles are available to you.

Healers: You can healer with the Force as a light-side Sage or dark-side Sorcerer. If you like heals-over-time, try the very mobile and stealthy Scoundrel or Operative. Lastly you can try the Commando with a giant Assault cannon or the Mercenary.

The ability to “stealth” and sneak past unsuspecting enemies is only available to certain Combat Styles. The Operative and the Scoundrel can stealth using technology, and the Assassin and Shadow can stealth using The Force.

This means if you want to fight with a specific type of weapon, you’ll need to choose a Combat Style that can wield it.

Single LightsaberGuardianThe Jedi Guardian must always be prepared to defend the people of the Republic with lightsaber in hand.JuggernautImperial engineering has supplied experimental components and metabolic enhancers that infuse the Juggernauts lightsaber blows with sinister might and unparalleled power.

Dual LightsabersSentinelWhere one lightsaber suffices for many Jedi, Sentinels have mastered the efficiency of dual lightsaber combat.MarauderWielding two lightsabers to both intimidate and eviscerate anyone they face, the Marauder cleaves through foes of any size or number with absolute efficiency.

Double-bladed LightsaberShadowWith honed finesse in double-bladed lightsaber combat, Shadows are prepared to end any engagement before wandering eyes find them.Assassin The double-bladed-lightsaber – the Assassin’s ultimate tool of execution – is quick to ignite within their hands, striking down any who block their ambitions.

Blaster PistolScoundrelWhen their trusty pistol falls short, Scoundrels are quick to reach for their scatterguns to even the odds with a point-blank punch of searing shrapnel.PowertechWith only a single blaster visible at all times, the Powertech masks the full array of their combusiotn and immolation tech until their are on top of their quarry.

Blaster RifleVanguardBlaster rifles armed with plasma and ion discharge capacitors let the Vanguard turn a steadfast defense into an unstoppable offense at a moment’s notice to guarantee victory.OperativeWhen an assignment requires subtlety, Operatives turn to their deadly viboknives to silence their targets, though they keep an Imperial-issue Blaster Rifle with them at all times.

Assault CannonCommandoWith an assault cannon and bandolier of demolitions at the ready, Commandos prove no fooe can withstand the fury of their arsenal.

Disciplines are for when you get a little more comfortable playing the game or are already into online gaming – so if you’re already overwhelmed, ignore Disciplines until later and just choose a Combat Styles and Origin Story.

In addition to choosing a Combat Style, you will be able to choose a Discipline after you create your character, which is your specialization when it comes to combat. There are 48 different disciplines in the game, but each Combat Styles only has three available, which you can easily switch between while playing. For example, a Jedi Sage can switch between healing and two different ways of attacking. You can flip between your three Disciplines any time you are not actively in combat.

When players say they love playing a specific class, they are usually referring to loving their discipline, unless they are very skilled and play all three!

Your Species and the way you look does not limit what Origin Story you can choose or how you can fight with your combat Style. Your species is a purely cosmetic choices, though if you choose to play an alien you may get acknowledged as one in the story.

If you are a brand new free-to-play player, you will notice you can only choose to play a Human, Cyborg, or Zabrak by default. If you are subscribed player, you get a few more options unlocked depending on what Origin Story you have chosen, for example, the blue Chiss species becomes automatically available to subscribed players who are making an Imperial Agent. There are various ways to unlock all the species for all classes available, so if playing a specific species is important to you, you can make it happen. 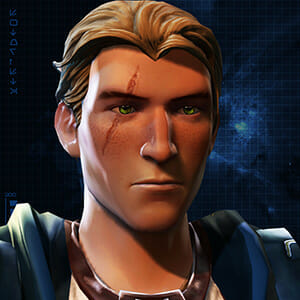 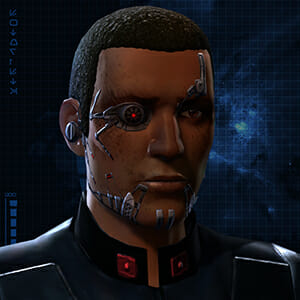 If you are subscribed player, you get a few more options unlocked depending on what Origin Story you have chosen, for example, the blue Chiss species becomes automatically available to subscribed players who are making an Imperial Agent.

There are various ways to unlock all the species for all classes available, so if playing a specific species is important to you, you can make it happen. With some work, all species can be playable with any Origin Story or faction. 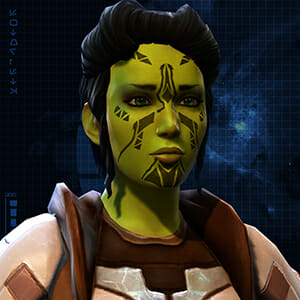 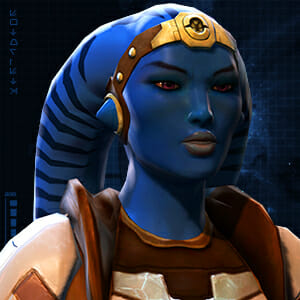 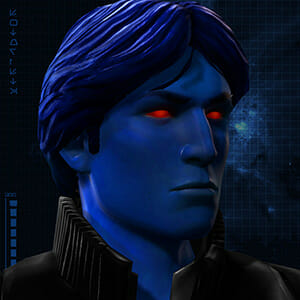 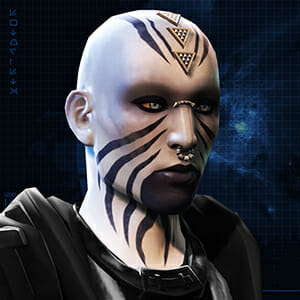 Lastly, there are three premium species that can only be played if they are purchased from another player in-game or with Cartel Coins from the Cartel Market. 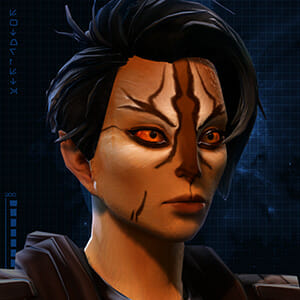 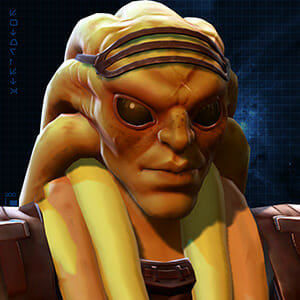 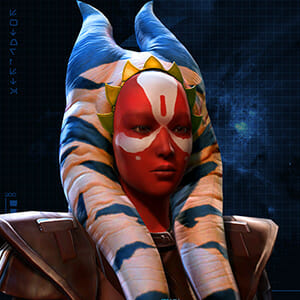