An unstoppable force of darkness, the Sith Warrior is entrusted with the task of destroying the Empire’s enemies and enforcing Sith fashion  lines across the galaxy. The Warrior channels the destructive emotions of fear, anger, and hatred to purge weakness from body and mind and become a being of pure, brutal style. 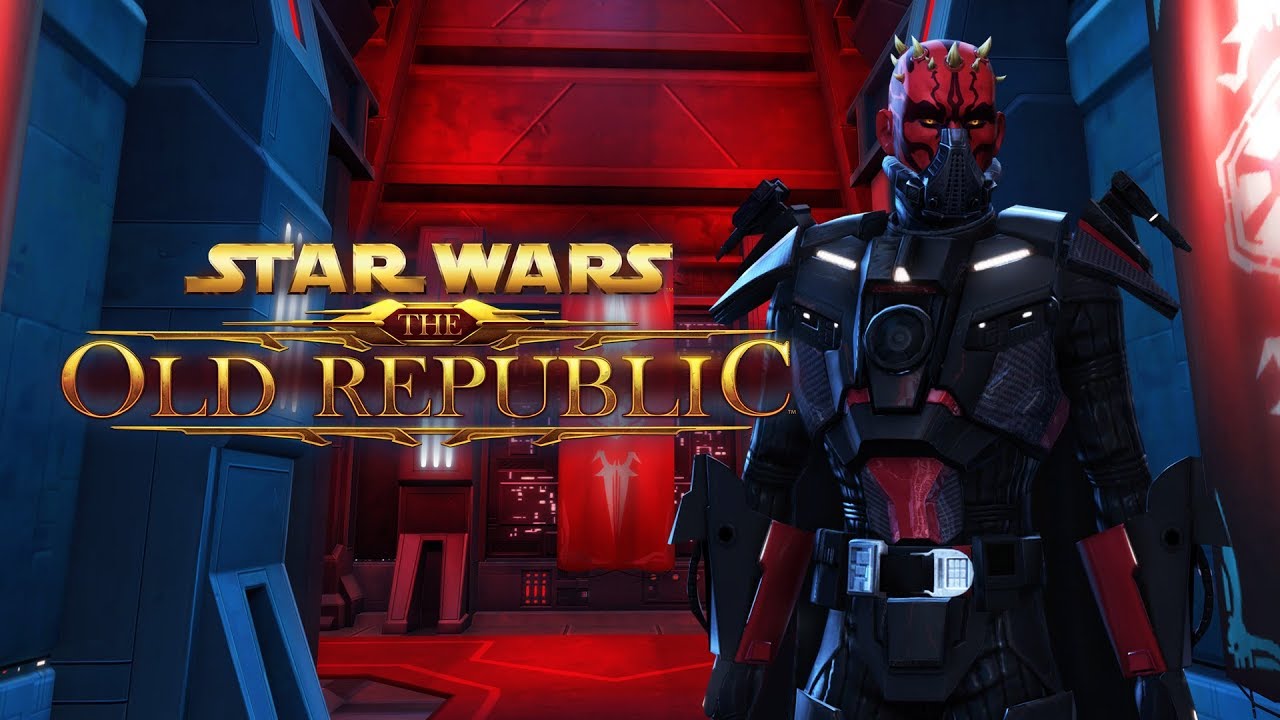 A majority of these armors are not restricted to the Sith Warrior, and players can use the Outfit Designer to retain the stats of their chosen gear while using the look of any of the armors below. 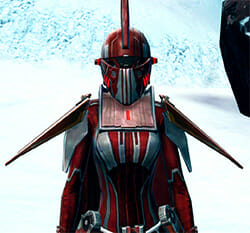 Darth Malora sits on the Dark Council of the Sith Empire, where she oversees the sphere of Scientific Advancement. Initially held back from opportunities by her first master, Lord Renning, Malora eventually managed to escape his “mentorship” and make a name for herself through her mastery of a combination of Sith alchemy and genetic engineering. 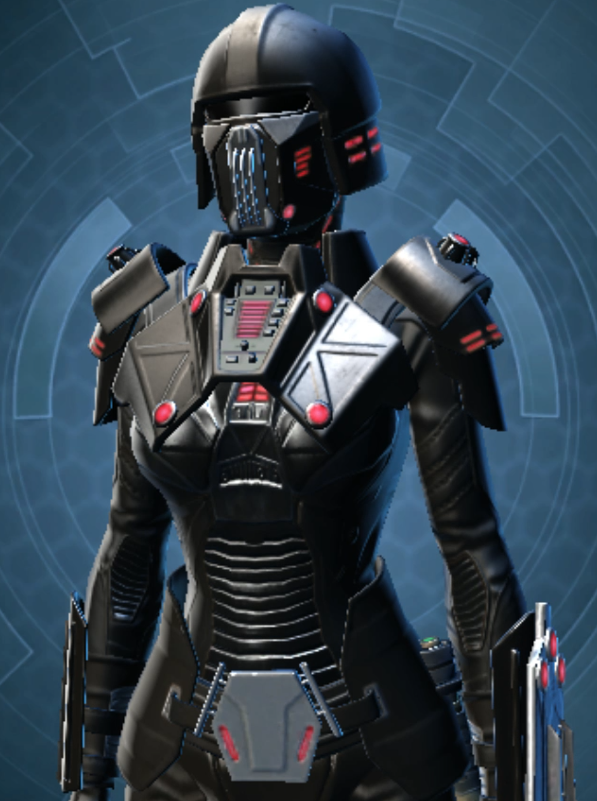 Darth Malgus is a key player in the Imperial storylines, and both factions face him after their class story on the planet of Ilum. 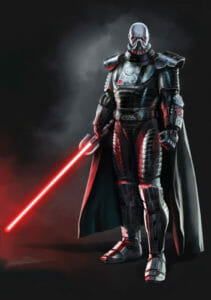 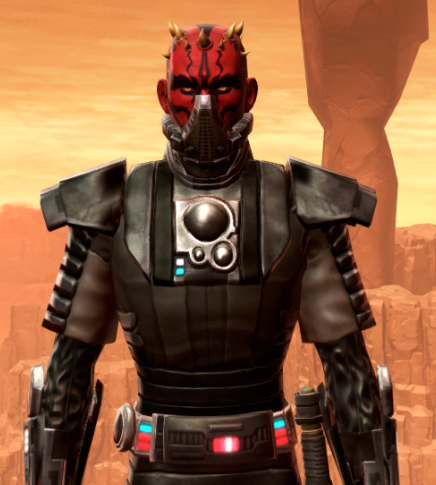 These sets are craftable.

Tulak Hord was Dark Lord of the Sith that ruled during the early Sith Empire, but started off as a student of the dark side. Rising through the ranks, he was feared by his rivals, having mastered the art of lightsaber combat and manipulation of the Force. Tulak Hord was known as the Lord of Hate, Master of the Gathering Darkness, and finally, Dark Lord of the Sith, Lord Hord went undefeated, slaying all who dared to challenge his might. He was a renowned duelist, remarkable even for his time, when many true lightsaber masters lived, and was extremely talented in both laying single-handed seige and in the telekinetic powers of the Force.

Darth Atroxa is the red Twi’lek seen in the Knights of the Fallen Empire trailer on Korriban. 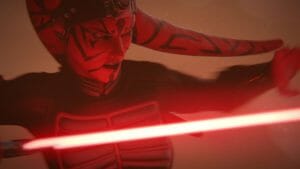 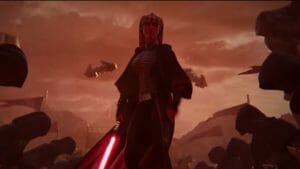 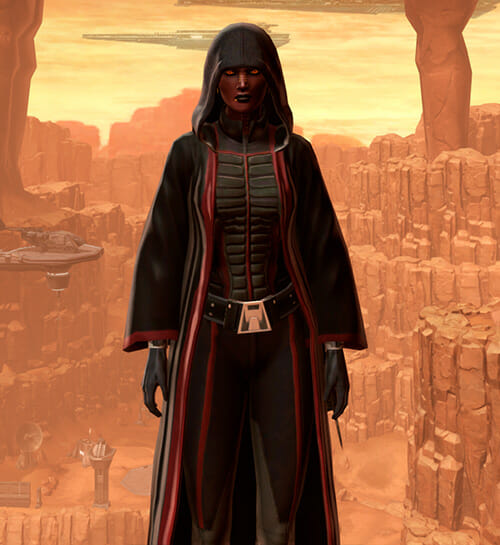 Darth Marr is a fan favorite and a member of the Dark Council. 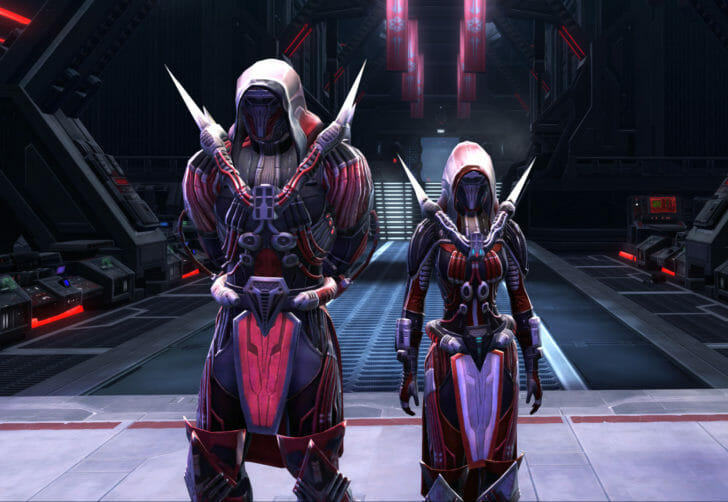 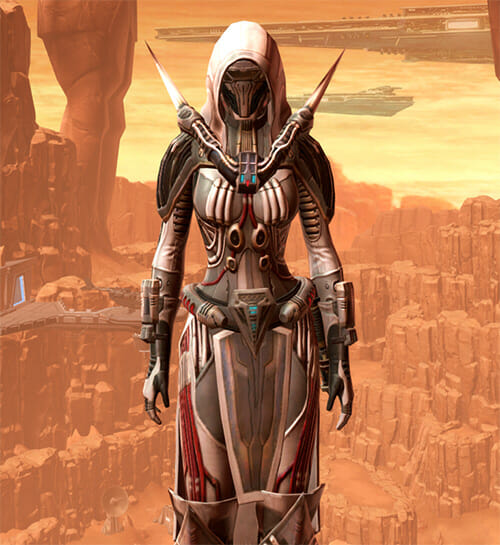 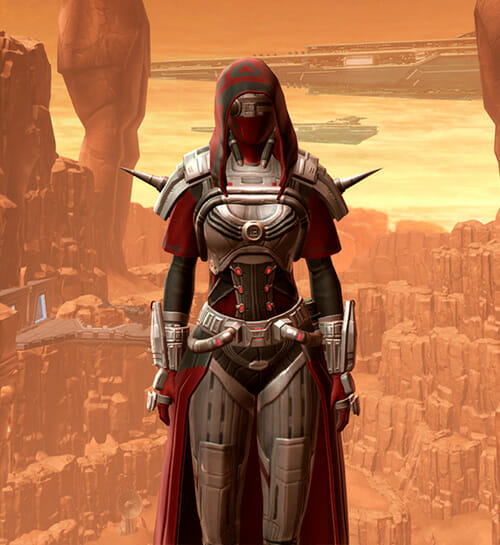