Earning Light Side points can be a bit difficult in Star Wars: The Old Republic – after a recent update to the game, the only way to get alignment points is to run missions that have a Light or Dark side decisions in them, or by running Diplomacy missions. In this video we’ll be going over the most efficient ways to work towards Light Side V.

There’s a couple reasons you might want to earn Light side points. 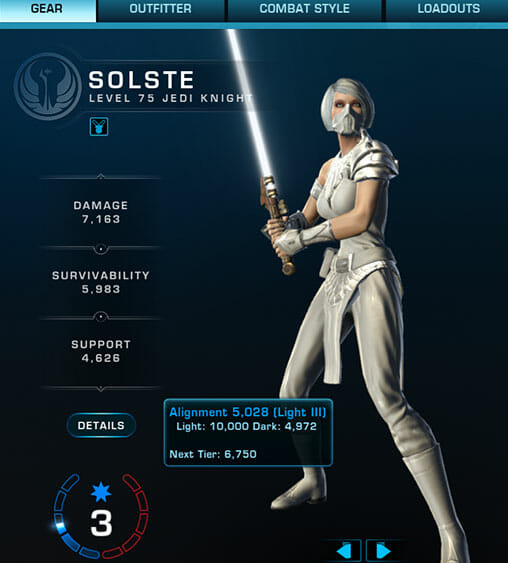 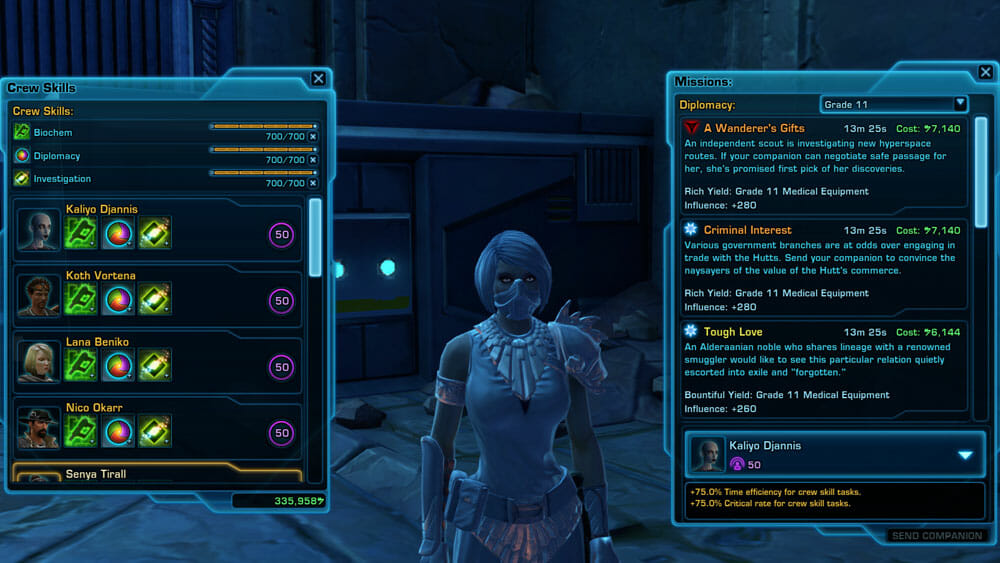 If you have level 700 Diplomacy with access to Grade 11 gathering missions, every time you send out a full round of companions out on the highest-rated Light side missions, you will earn roughly 700 Light Side Points per round. The exact amount you will get will vary by mission, but it averages out to about 90 points per mission, and you get double Light side points if your companion crits, or you get a very small handful of points if your mission fails. If you have a level 50 influence companion, the longest mission will take about 13 minutes and the shortest about 6 minutes if you’re chasing after those high-end missions that also give you valuable crafting materials. If you were starting at 0 Light Side Points, you’d only have to run about 15 rounds of high-level missions, which would only take about 3 hours total.

If you want to follow this plan, run the light-sided Grade 10 and 11 missions called Criminal Interest, Tough Love, The Perils of Greed and Justify the Means, and ignore the rest. If you’re still working on levelling up Diplomacy, just run the Light side missions for whatever tiers you have available.

If you wanted to be crazily efficient, there is technically diplomacy missions that offer better points-per-second than the Grade 10 and 11 ones, but you’d have to dig through each grade to find them, and some of them need to be refreshed every 2 minutes or so, so although they offer much better points per second I don’t really recommend it as it seems more of a pain to keep refreshing.

Rishi – A Crew Of Your Own 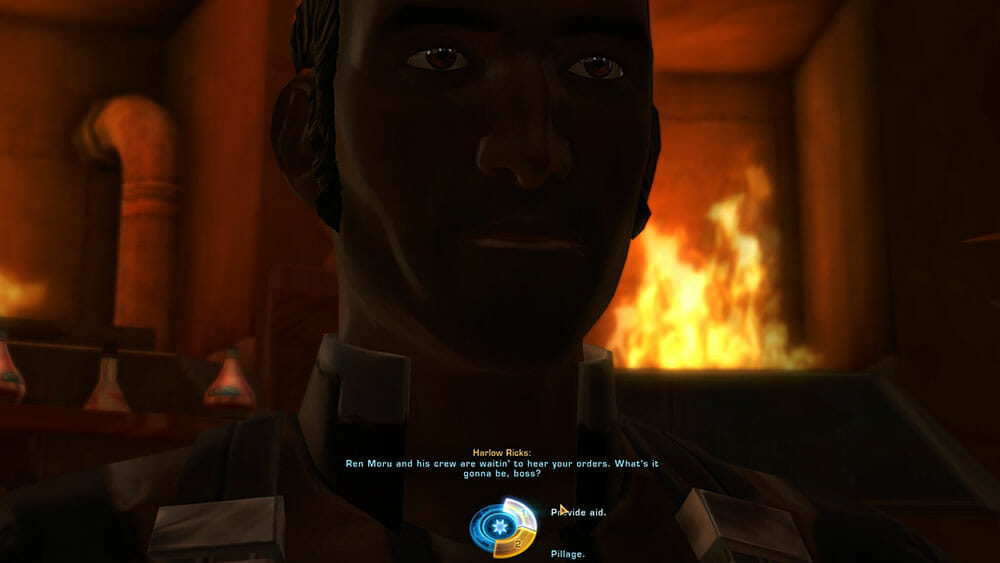 Apart from Diplomacy, a really easy way to get a small bundle of Light Side points is to run the “A Crew of Your Own” quest on Rishi. You can run this quest once a day once you have completed the Shadow of Revan expansion – fly to Rishi, walk or quick travel to the Blaster’s Path Cantina in the middle of the map, run downstairs to the basement and pick up the quest there. After choosing either the Light or Dark option from the questgiver, all you need to do is wait 5 minutes on the timer in your quest log and then speak to the questgiver again to get your 50 Light side points.

If you travel to a different map, change characters, or log off, the timer will reset. So if there’s other things you want to go do on your character while the timer is running instead of standing there doing nothing, you can, just travel right away and let the timer finish while you’re in your new area without changing areas until the timer completes itself. Then you can go back to the cantina when you are ready! 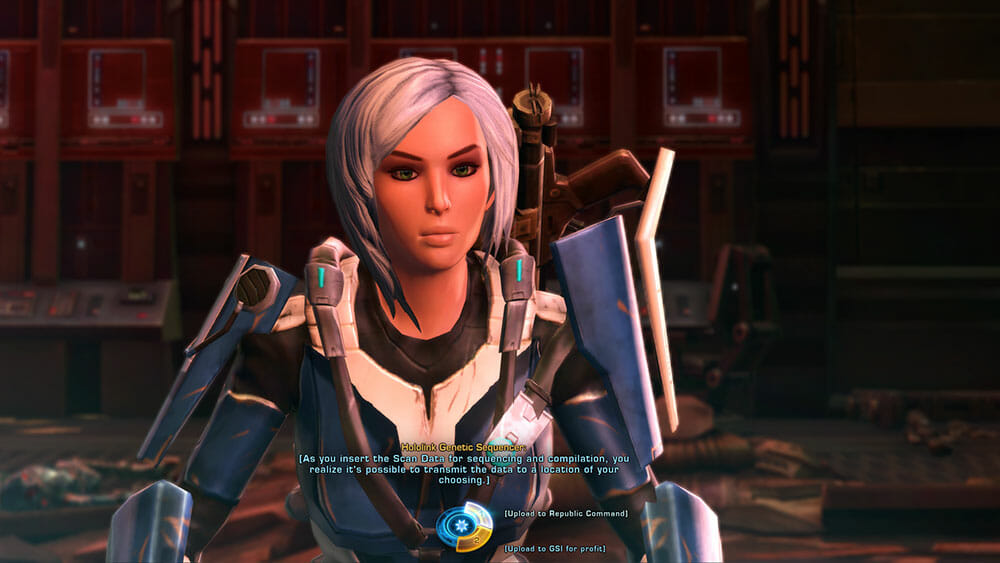 If you have completed the planet of Ziost, there’s another super short daily quest you can run that’s great to combine with the Rishi Quest. This one’s called “From Ashes” and can be picked up from the terminal in the daily area. All you need to do is run around Ziost and find the glowing blue bodies and right-click them. 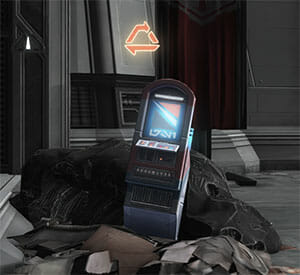 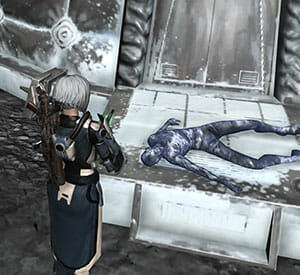 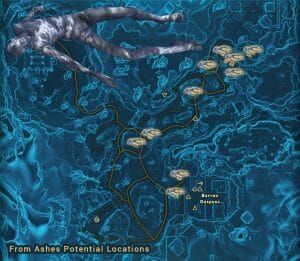 Not all of them will count, but they’re pretty quick to find, just travel along the path to the north keeping your eyes open for blue bodies. Map 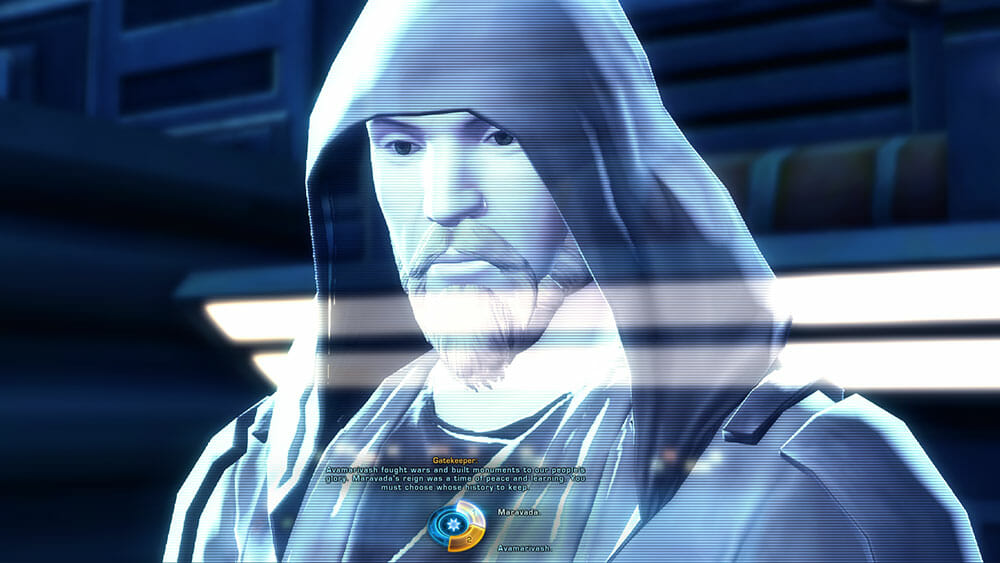 There are also a few heroics you can run very quickly to get Light Side points. Some of these can be very quick and easy especially if you have stealth. 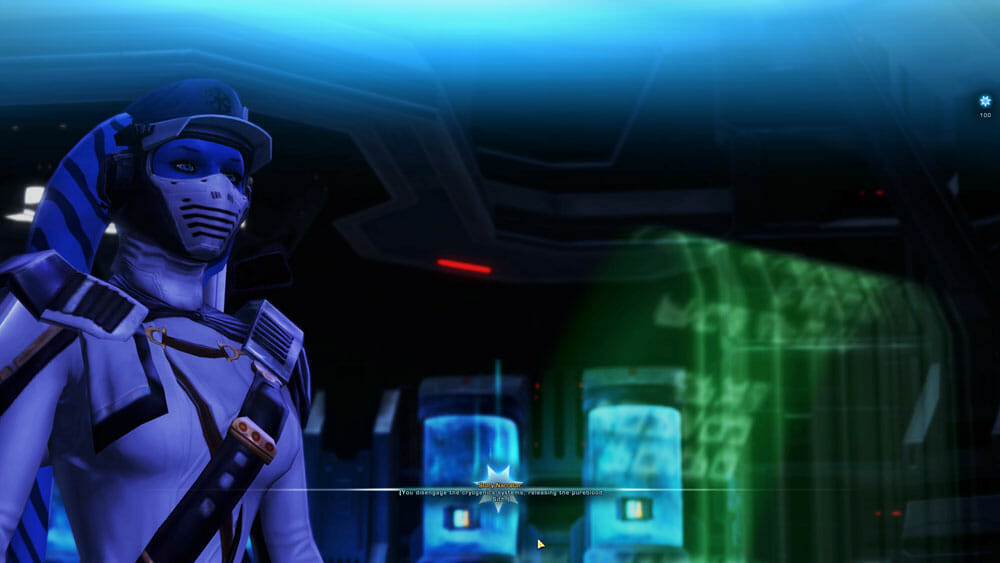 Any Flashpoint that has a Light side choice in it will grant you Light side points at the end of the Flashpoint once you’ve fully completed it.

The most commonly run Flashpoint for Light side points is The Esseles on Republic side or Black Talon on Imperial side, as they can be run very early on solo and grant 250 Light Side points per run.

If you’re fast, skilled, and stealthy, you could also run Red Reaper or Hammer Station for 100 Light side points at a high level on Veteran mode. This might be a great option to run if you’re also working on gearing up for level 80 as they can be quite quick for experienced players. 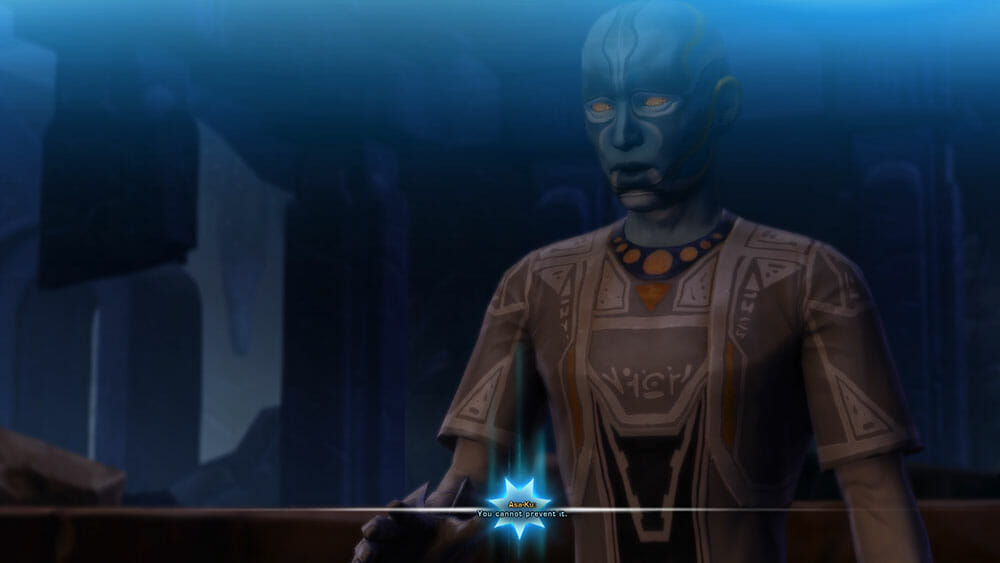 On top of Flashpoints and Heroics, any other story quest you can find that has a Light side decision in it will grant you Light side points at the end of the mission. This means that you’ve got some great opportunities to earn Light side points while working on your main class story, the planetary stories, or even the expansions. If you want to be extra efficient, just make sure to be running Diplomacy missions while running whatever other type of story you’re working on! 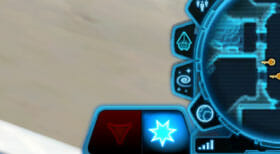 The alignment toggle no longer exists in the game. In previous expansions, you could choose to directly support the Dark or the Light side with a toggle that was a part of your UI. Once chosen, almost any activity you participated in, from crafting to defeating random enemies, contributed towards your Dark or Light points, even if it didn’t make a lot of sense thematically. The toggle was removed in 7.0, and in return the amount of points you needed to earn to reach Light 5 was reduced from 100,000 points down to only 10,00 points. Now the only ways to get Light side points are by earning them through Diplomacy or from cutscenes that grant them.