There are many Codes and Creeds in the Star Wars universe. It will be up to your to decide which codes your character follows.. and which they break. 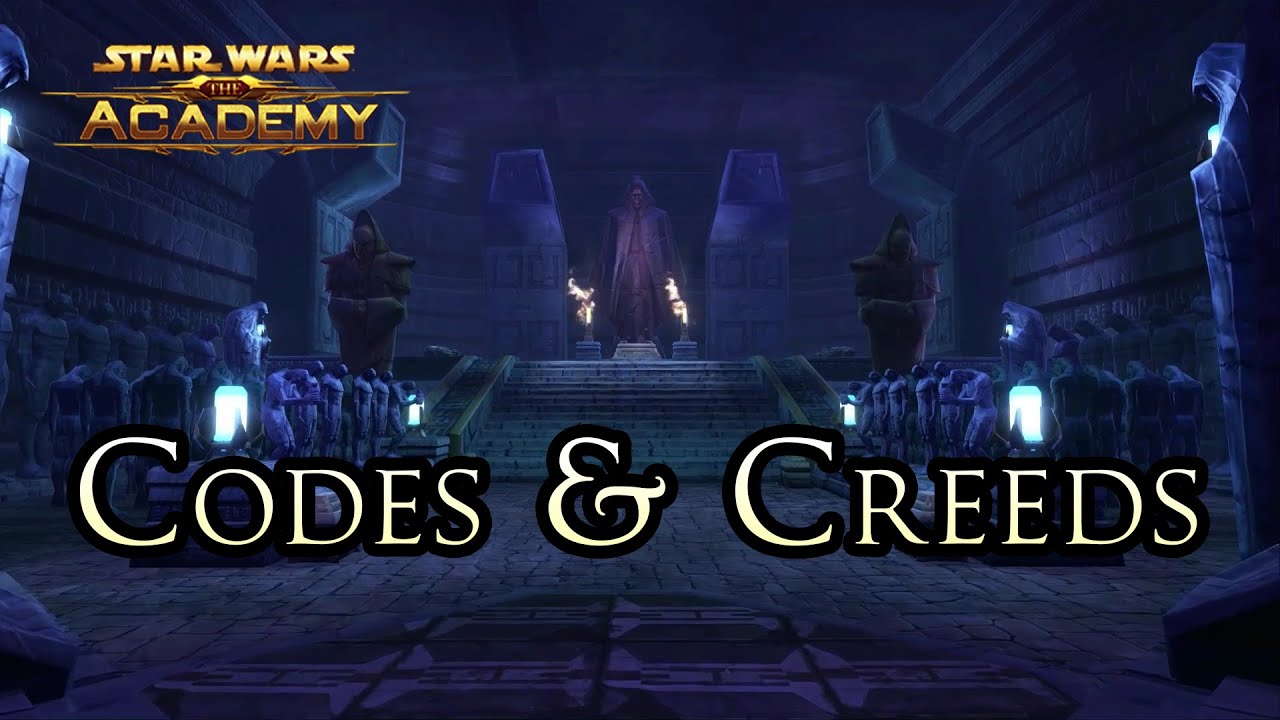 The Jedi code is often spoken as a mantra by Jedi reminding themselves and their padawans how to train in the ways of the light side of the force. It teaches to not give in to feelings of anger, to resist fear, and avoid the temptations of the dark side. 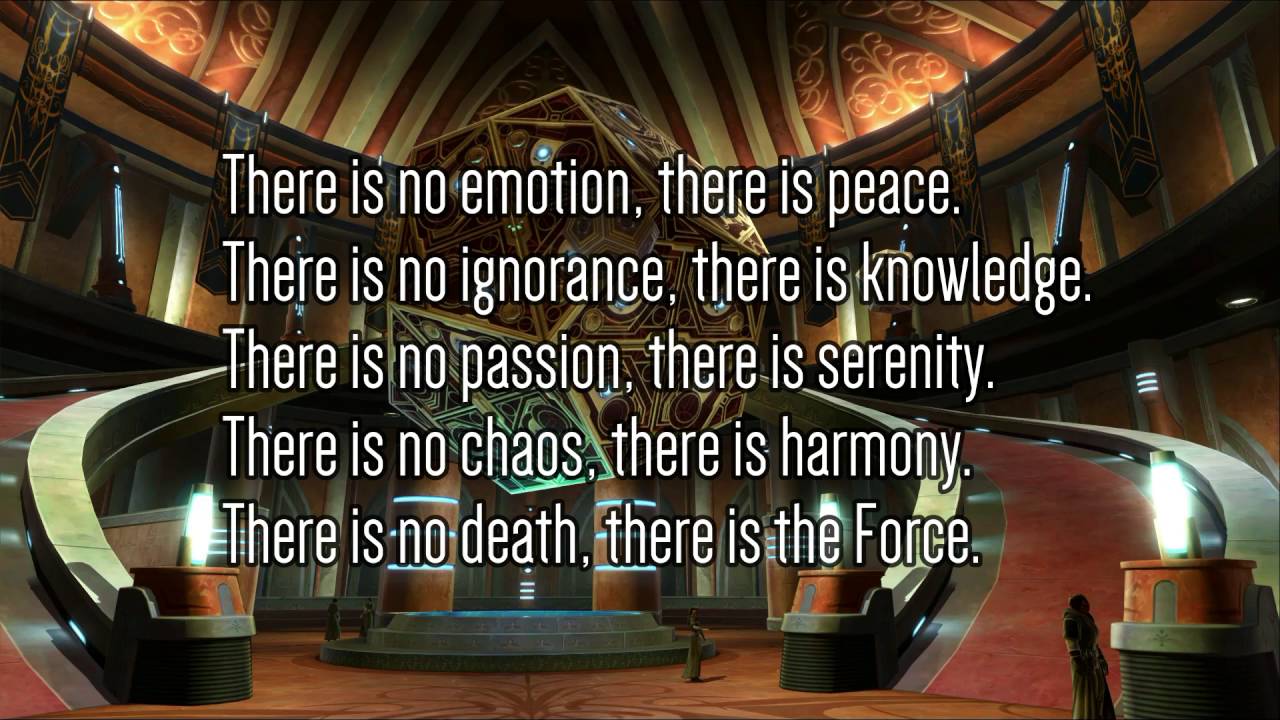 Code of the Sith

The code of the Sith is the Jedi Code’s counterpart – a mantra that reinforces the core beliefs of the Sith Order. It focuses on the needs and desires of the individual reciting it, in a direct contrast to the Jedi Code.

Peace is a lie, there is only passion.
Through passion, I gain strength.
Through strength, I gain power.
Through power, I gain victory.
Through victory, my chains are broken.
The Force shall free me. 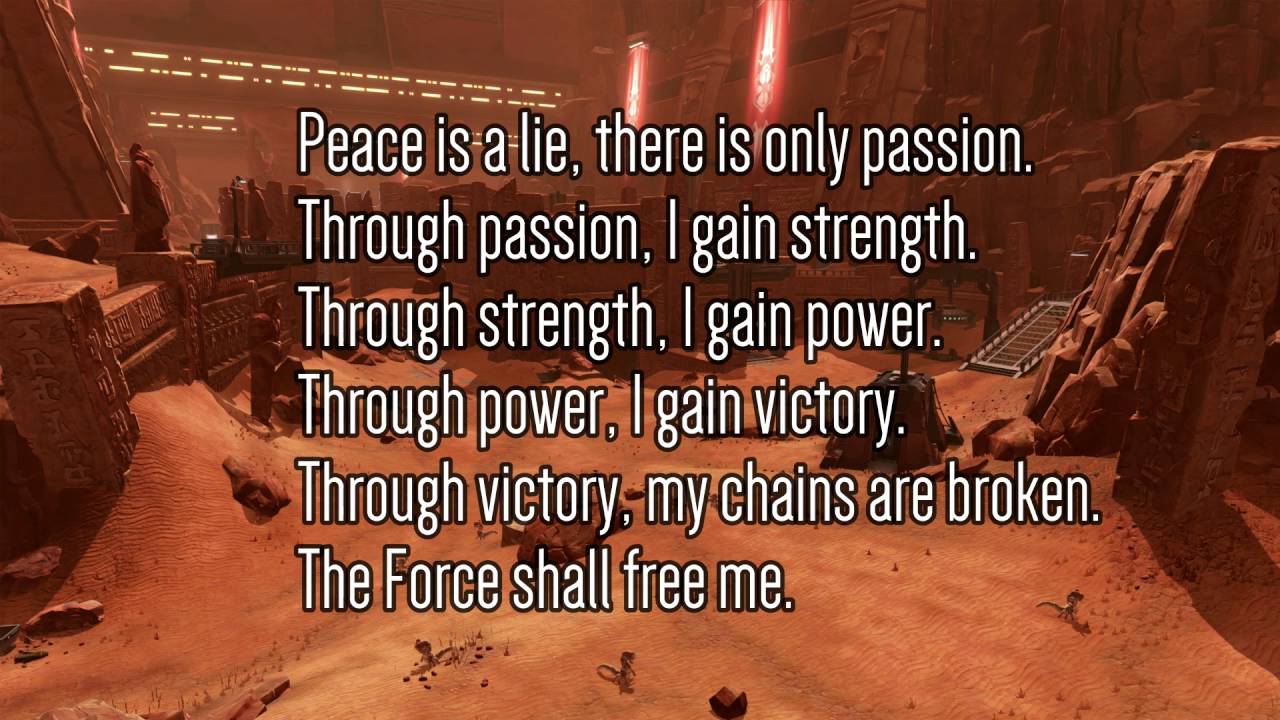 Most bounty hunters adhered, at least to some degree, to an unwritten code of ethics, titled the “bounty hunter’s creed.” All bounty hunters were expected to abide by these guidelines, or have their bounty hunting license revoked… not to mention have every licensed bounty hunter turn their backs on them. 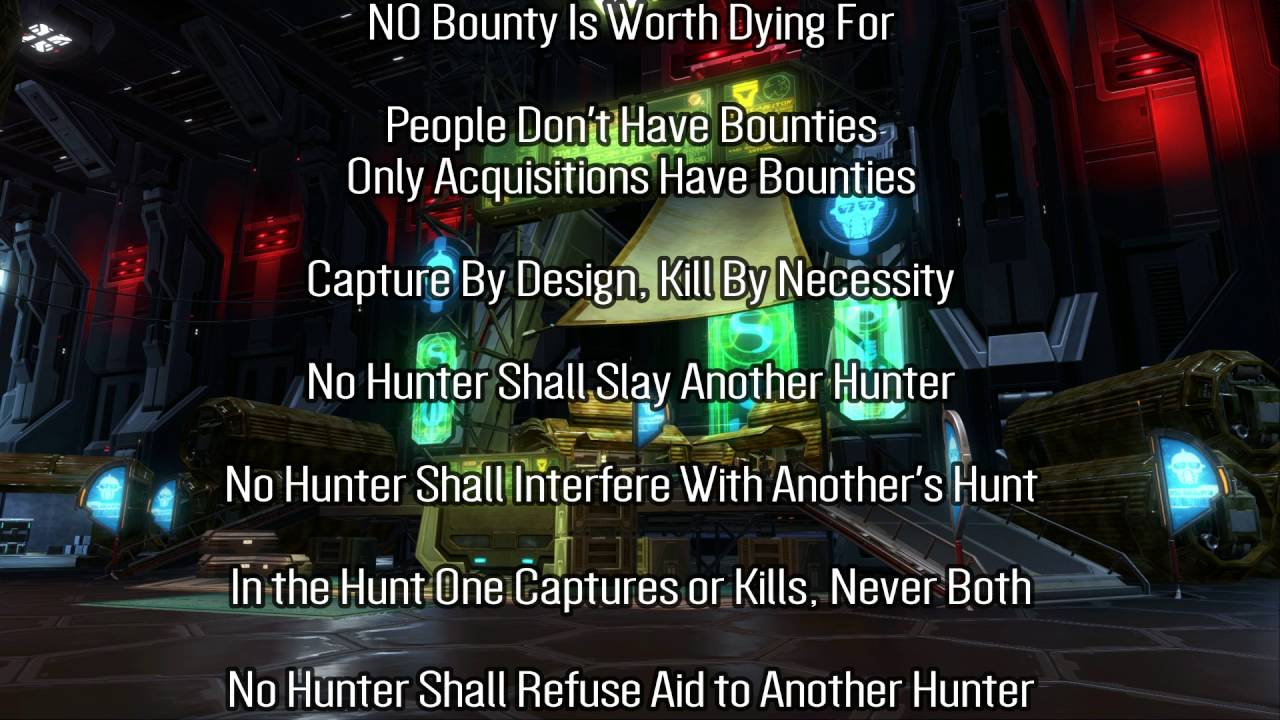 Young Mandolorians were often taught a rhyme to help them learn the tenets of the Resol’nare, to help them memorize the tenets while they grew to understand what they meant.

It is translated in Basic as:

Education and armor,
Self-defense, our tribe,
Our language, our leader—
All help us survive. 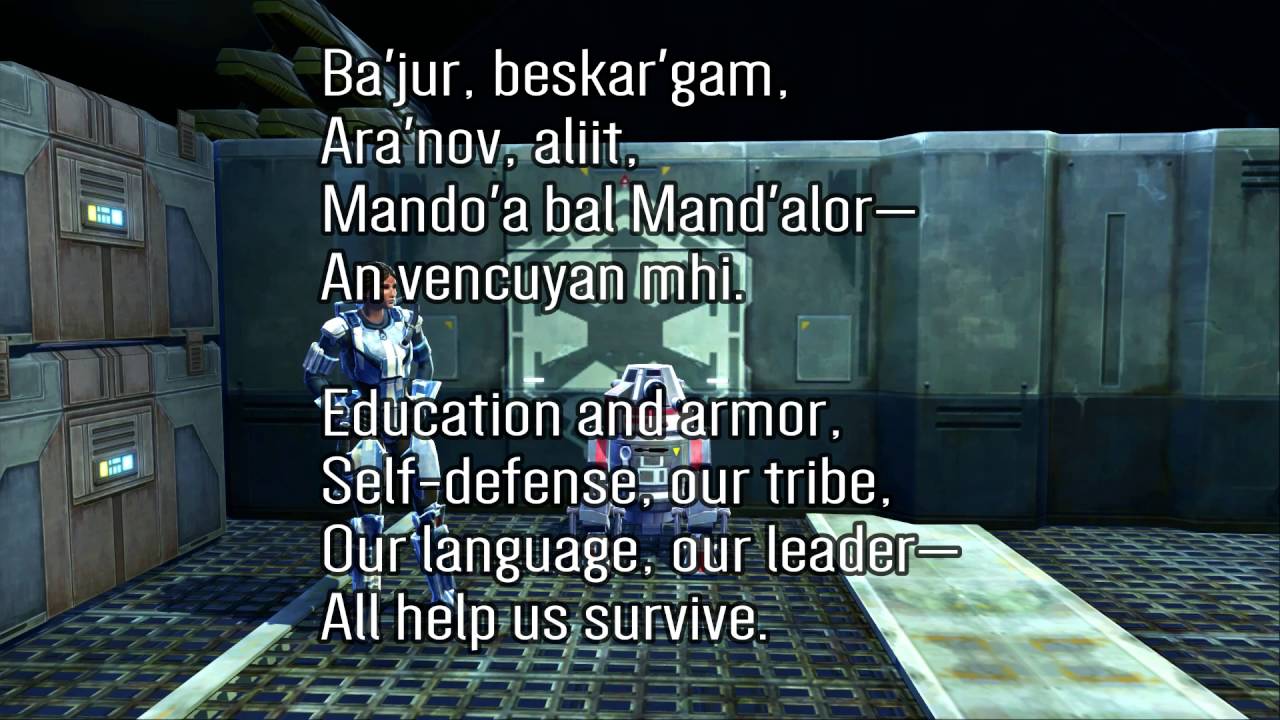 The Smuggler’s Creed is similar to the Sith code, in that it encourages self-presevation. We only know a small portion of it, titled the Combat Litany. This creed shows up in Han Solo’s era, but if you’ve ever played a smuggler, you know it would fit well even 3,000 years in the past! 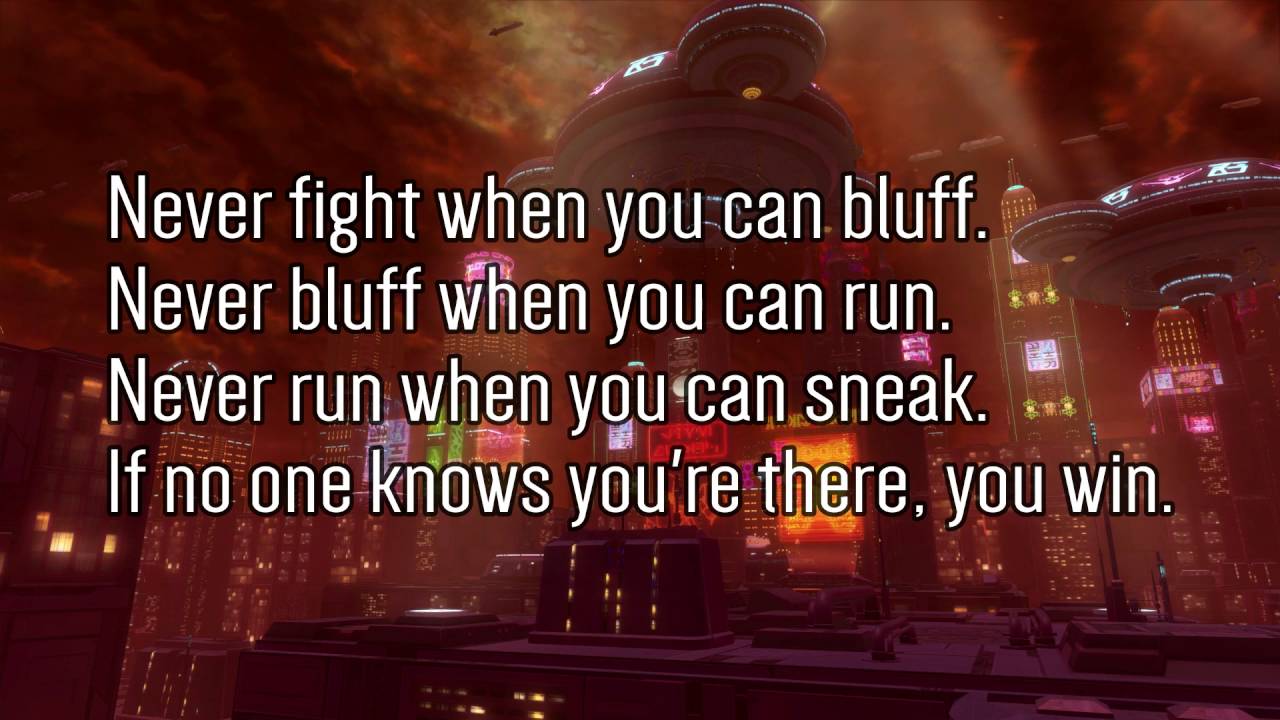 The Mandolorian Canons of Honor

The Canons of Honor were a Mandalorian text of law and behavior, and were based off six tenets of the Resol’nare. 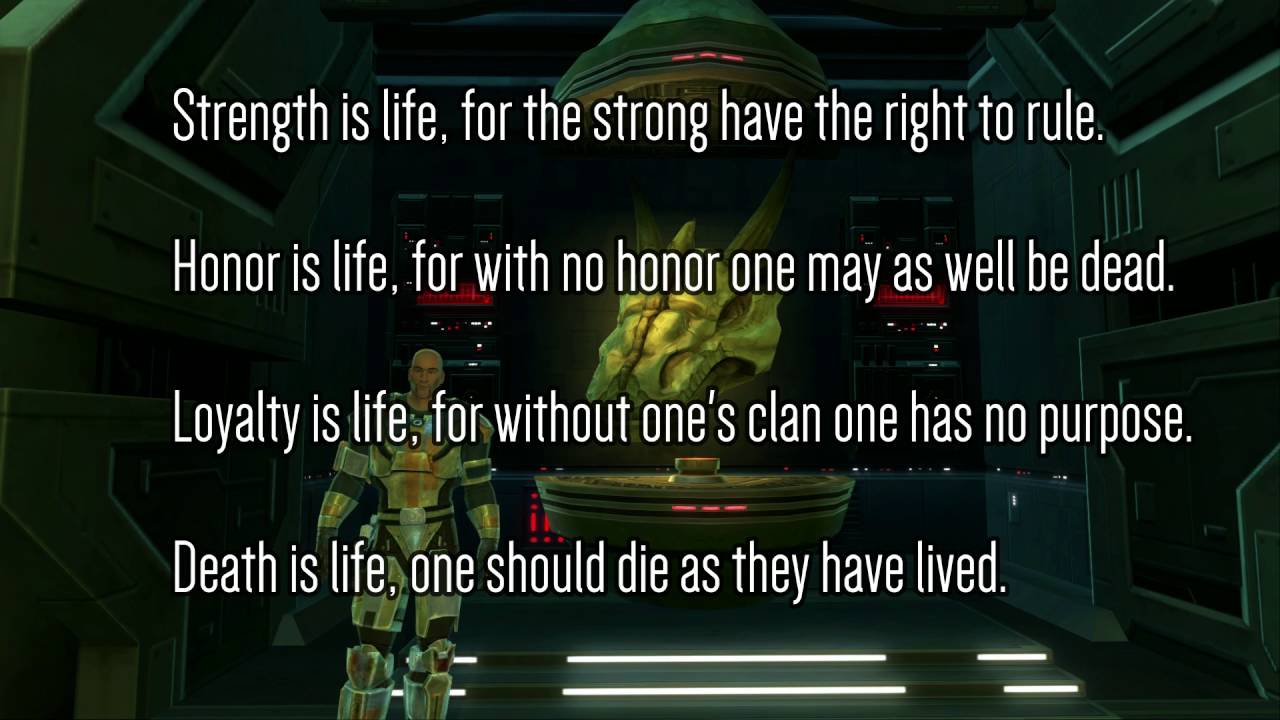 The Six Actions of the Mandolorian Resol’nare

1. Wearing armor.
2. Speaking the language.
3. Defending yourself and your family.
4. Raising your children as Mandalorians.
5. Contributing to the clan’s welfare.
6. When called upon by the Mand’alor, rallying to his cause. 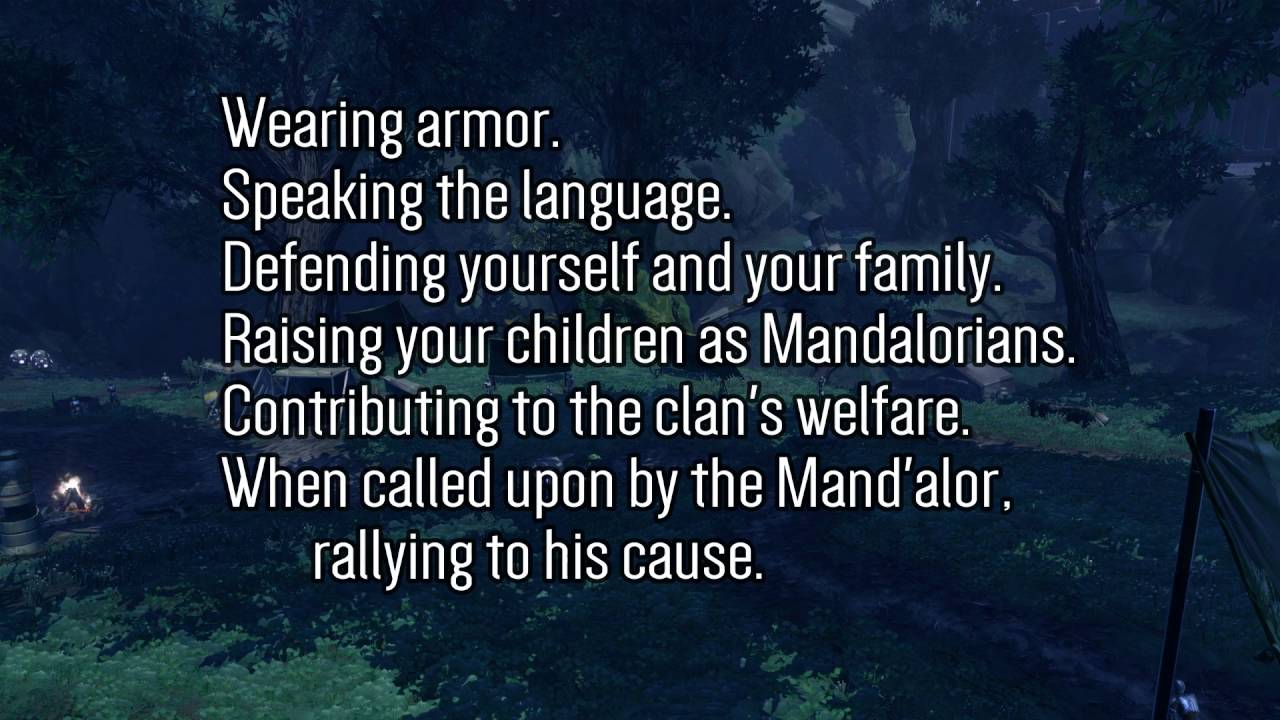