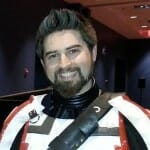 Charles Boyd, Lead Writer for Star Wars: The Old Republic, answered some questions about the inspiration for the newest expansion, Knights of the Fallen Empire.

Spoilers about KotFE ahead! 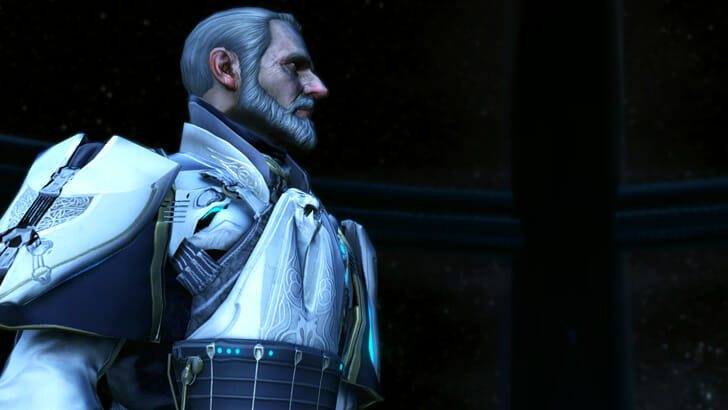 Swtorista: What was the discussion like around changing the Emperor’s personality? His character changed from a supreme being to a voice in your head that can give you power if you follow him, his personality almost fatherly at times.

Charles Boyd: We were very excited to develop the Emperor’s character more deeply with this expansion and transition him into a different and unexpected role in your story. In order for him to take such a personal interest in the player’s character, they needed to get to know him better. Of course, one must always wonder if the “new” persona he’s presenting is genuinely more closely aligned with his true feelings, or just another manipulation… 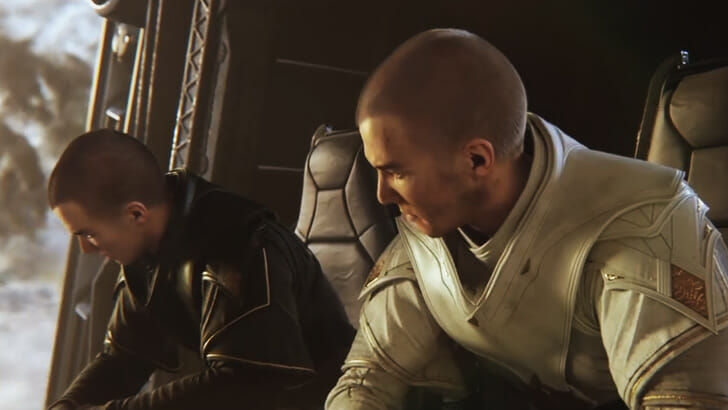 Swtorista: What were some of the inspirations and deliberate design choices for Valkorion, Vaylin, Arcann and Thexan?

Charles Boyd: The designs for these characters serve several goals. They demonstrate the power and opulence of the Eternal Empire, setting it apart from the Republic and the Sith in clear ways. Their costuming also contains lots of elements of ancient Zakuulan culture, helping to show that this is a long-standing civilization with its own past and traditions. Finally, I think they do a good job of not being inherently “good” or “evil” – the details and use of color often subvert expectations in interesting ways. 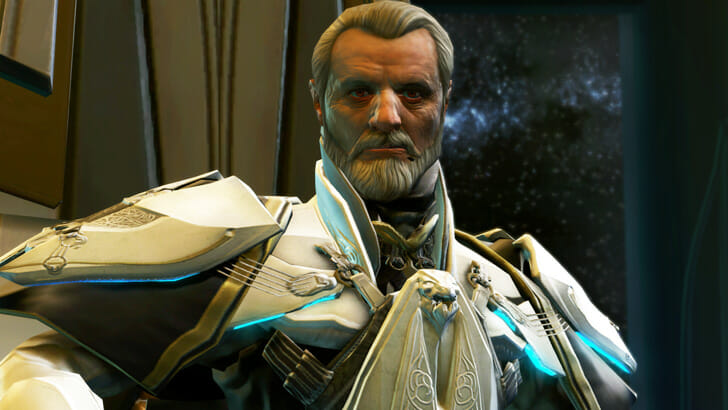 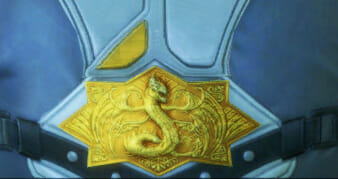 Heralds of Zildrog Codex: Stories of the dragon Zildrog predate Izax’s pantheon. In the earliest legends, Zildrog was a guiding mentor who tested the strength of a warrior’s spirit. A fallen warrior would be consumed by the dragon, feeding its everlasting power. However, a victorious warrior was rewarded with the Breath of the Dragon. This boon imbued a soul with burning fire, lighting the way to a fortuitous future. During the height of the Old Ways, Zildrog was one of Izax’s many forms–a terrible beast that brought only death. 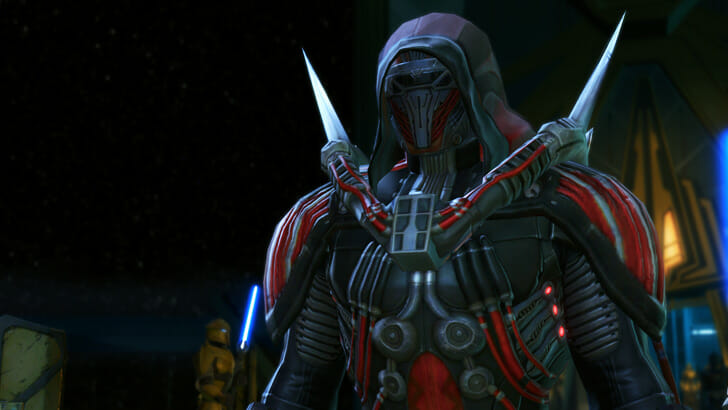 Swtorista: How did your team approach the death of Darth Marr, a character many players were excited to see again?

Charles Boyd: Marr is definitely a favorite for our team as well, so we wanted to be sure he played a major role in Fallen Empire. The subplot of him sensing his impending death has been ongoing for some time by this point, so it felt like the right time to pay that off. But of course, even death doesn’t always keep a good Sith down… 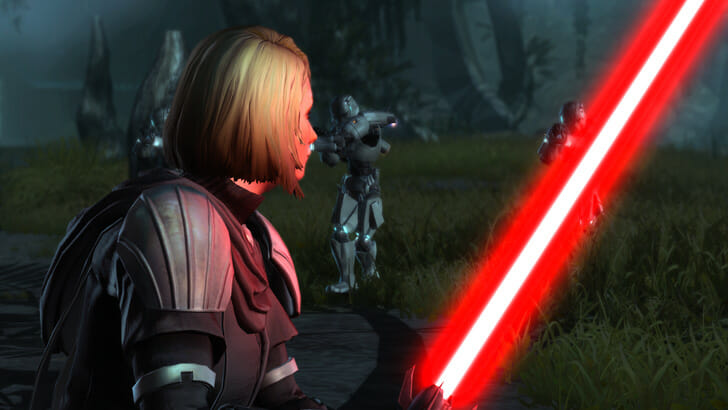 Swtorista: How far-reaching will player’s choices be? Will a choice made in Chapter 5 affect Chapter 13?

Charles Boyd: I wouldn’t necessarily use those specific examples, but yes, choices made throughout the first nine chapters will definitely have ramifications in our later chapter releases over time. Part of the appeal of switching to an episodic storyline is the opportunity it affords to show the consequences of your choices playing out long-term, and we’re really excited to dive into that with the chapters starting at the beginning of next year. 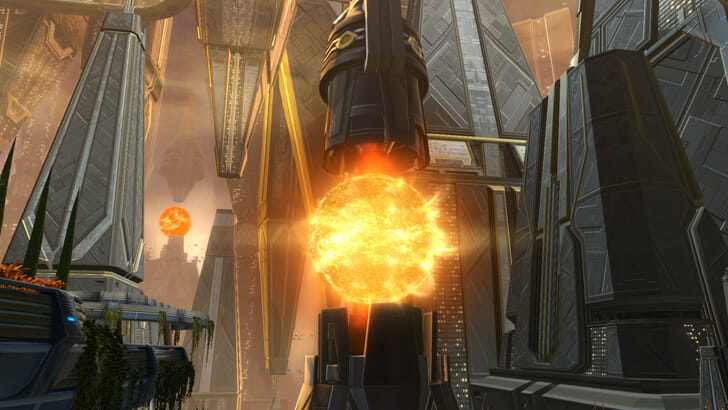 Swtorista: How much do our choices really matter in the larger story? Examples please! One I have seen is the reactor and the Koth romance.

Charles Boyd: Sort of similar to the question above, you’ll definitely see some major differences based on your choices. I can’t really give examples without spoilers for later chapters, though, sorry ☺ 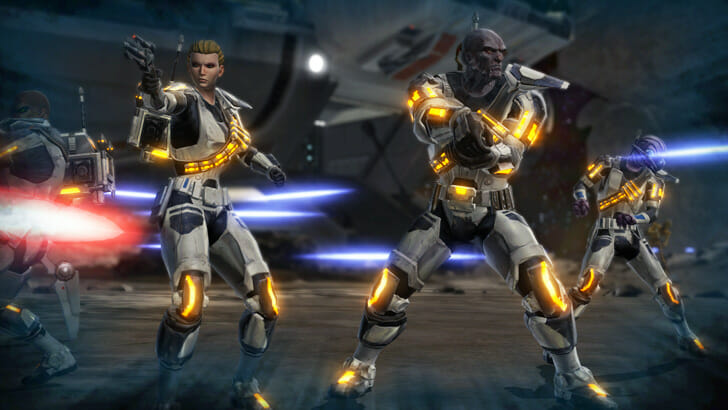 Swtorista: Many companions have been lost in the current nine chapters’ storyline. Do you plan on bringing them all back over time? If yes, how far into the story? Bonus points if you talk about romanceable companions.

Charles Boyd: It is definitely our goal to bring them all back over time, especially the romanceable companions. Ultimately, though, we’re going to do what’s best for the story we’re trying to tell – we don’t want to misuse a beloved character and cram them into a story they don’t fit just to check a box. This was a big impetus for our inclusion of the Companion Locator Terminal – since we knew it could take some time for the story to cover that many characters (not to mention all of the new characters we want to include!) we wanted to be sure our players had an option that would let them hang out with their favorites in a non-storyline capacity at least and hopefully make the wait a bit easier. 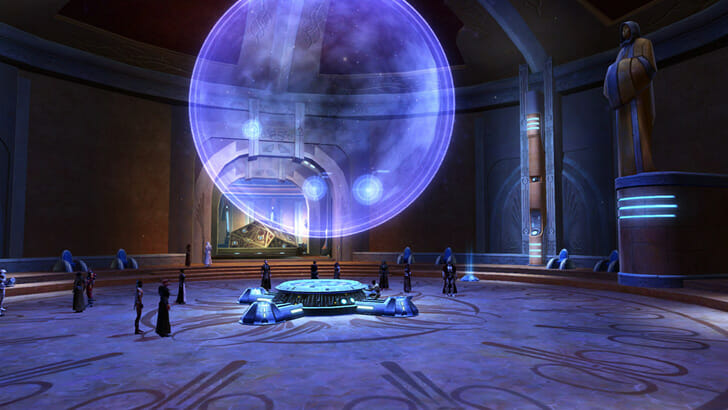 Swtorista: Many of the Jedi Council members introduced in the beginning of SWTOR are now gone. What is the state of the Jedi, and the Council, in KotFE post-timeskip? Bonus points if you can name who is left and who is on Tython!

The state of the Jedi is going to be a big plot point in the future of the storyline, so I wouldn’t want to get into that too much yet. For now, let’s say that they suffered badly in the war against Zakuul, and it’s going to take some work to get them back to the place they were at before Arcann’s invasion.

I was hoping Charles would go deeper into how the team decided to make some of the choices they made. Most of the answers to these questions can be found across the web, or easily inferred from watching the story. You win some you lose some! Looking forward to seeing the state of the Jedi tied into the KotFE story.