In this guide, we’ll be going over how to earn the secret Tineback Tamer achievement. If you want to find the achievement yourself I’ll give you the spoiler-free version first:

How to get the Wraid Boss Secret Achievement

The Wraid Boss achievement is pretty simple – gather two items, bring them to the Blood-stained slab in one of the tunnels to summon the Monstrous Wraid beast, then defeat it with a group.

The hard part is getting the items, as they seem to drop randomly. Some player may find them right away, while others may look for hours with no luck. 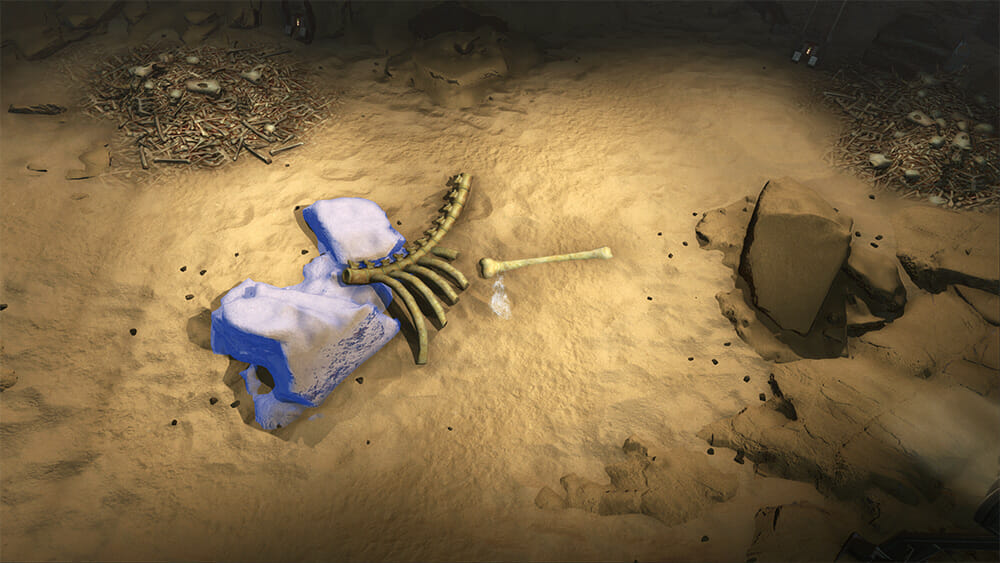 Powerful Pheromones drop randomly from many types of enemies on Ruhnuk. Most players seem to have it drop from Mandalorians on the planet. Powerful Pheromones have a white-border so make sure not to sell them as junk, and they are a bound item, so you can’t send it to your other characters or give it to other players.

The Fresh Dewback Corpse drops randomly from Dewbacks on Ruhnuk, which you can find on the Dilapidated Waterworks map, and many in the Verdant Ravine, which you can get to easily from the Delta Outpost quicktravel.

Here are some of the places I’ve found dewbacks: Dewback Location Map (there’s also a few Overburdened Dewbacks in the quarry) 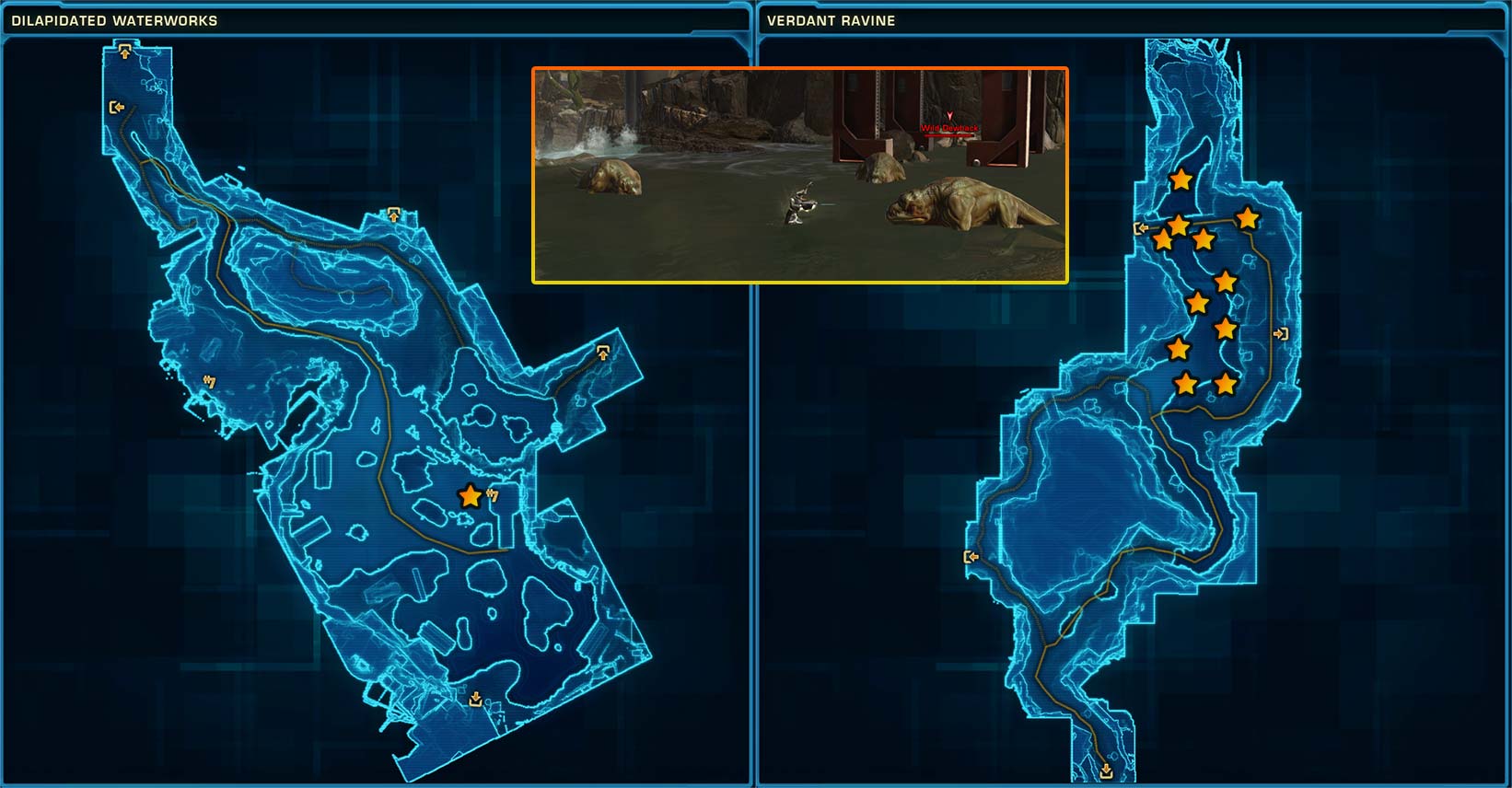 The Fresh Dewback Corpse has a white-border so make sure not to sell it as junk, and it’s a bound item, so you can’t send it to your other characters or give it to other players. This item is different from the Dewback Steak dropped for the daily quest. I have heard you will only find this item if you have first found the Pheromones, but I do not know if this is true.

Once you have both items, assemble a group to fight the Wraid Boss, then bring them to the Bloodstained slab.

There’s no easy way there. The fastest way to get there is to quicktravel to the Quarry Overlook, run slightly south into a tunnel, follow that tunnel through the electricity room, then go through the tunnels on the west side of the map. This will bring you to the Ventilation Maintenance tunnels, and the Bloodstained Slab is in the very center of the beast pit on the map. 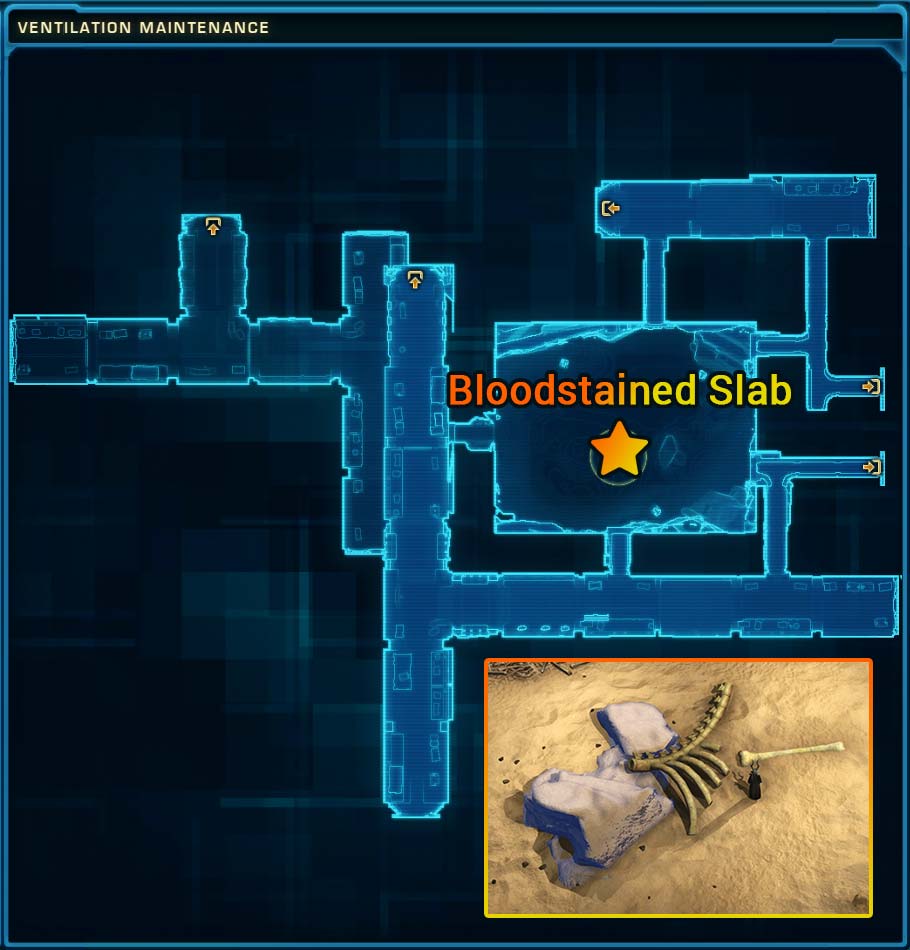 Once you activate the slab with both items, a fight will start.

Group: Most players have said they could not do it alone, and you may lose your items if you activate the slab and lose the fight, and you’ll have to gather them again! Other players have said you can fight them with a group of 4 or more, and it is not too hard of a fight. Everyone who participates will get the achievement, even players who do not have the required items.

The actual fight itself has multiple rounds, with more and more wraids appearing until you fight the big wraid boss – Tiroxe, Once-Slumbering. 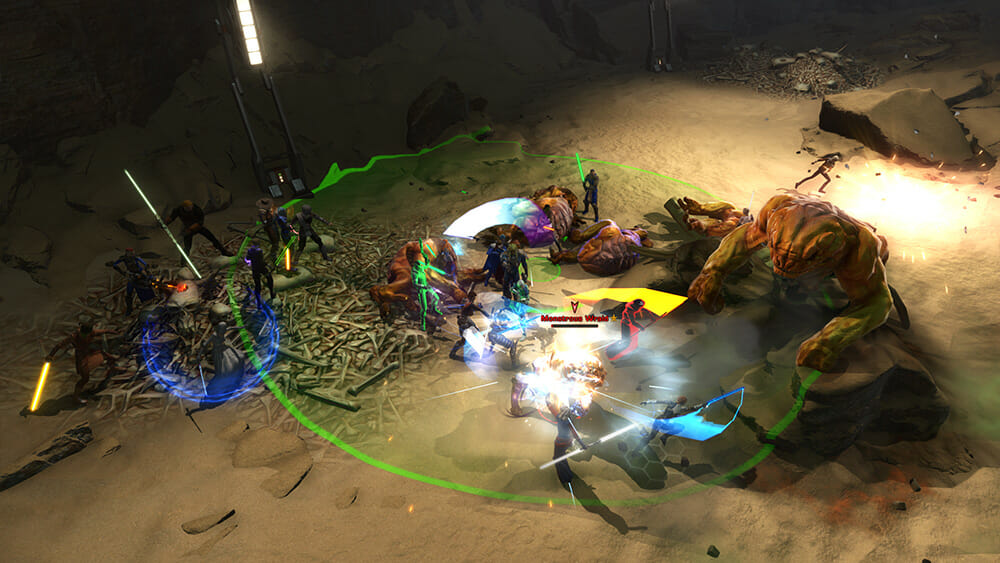 While Tiroxe does not have a codex entry, there is an object you can find while working on one of the daily quests called Ruhnuk Status Report 341B-22 that may explain why there’s a beast pit with a blooodstained slab in it!

We put up a good fight, but we’re going to have to abandon 2-A for the time being. That creature wiped out four different extermination squad efforts and no less than ten individual challengers. You know how it is; everyone wants their shot at glory, and I’m not typically one to deny them, but this is getting expensive.

If no one takes that thing out in the next week or so, I’ll order the tunnel collapsed and say we got data anaylsis that the tunnel is unstable. Everyone wants to die in combat to some terrifying lizard beast, but no one wants the honorless death of a tunnel collapse.