Do you enjoy collecting hidden objects? The planet of Ruhnuk has many hidden secrets… here is how to find all of its Lore Objects and Codex entries!

This lore object can be found in the world boss’s lair – you’ll need to either stealth in, or fight the boss to get to it, though you may be able to sneak around him if you are careful. It’s a glowing blue sword behind a pile of rubble and bones in the back of the room. 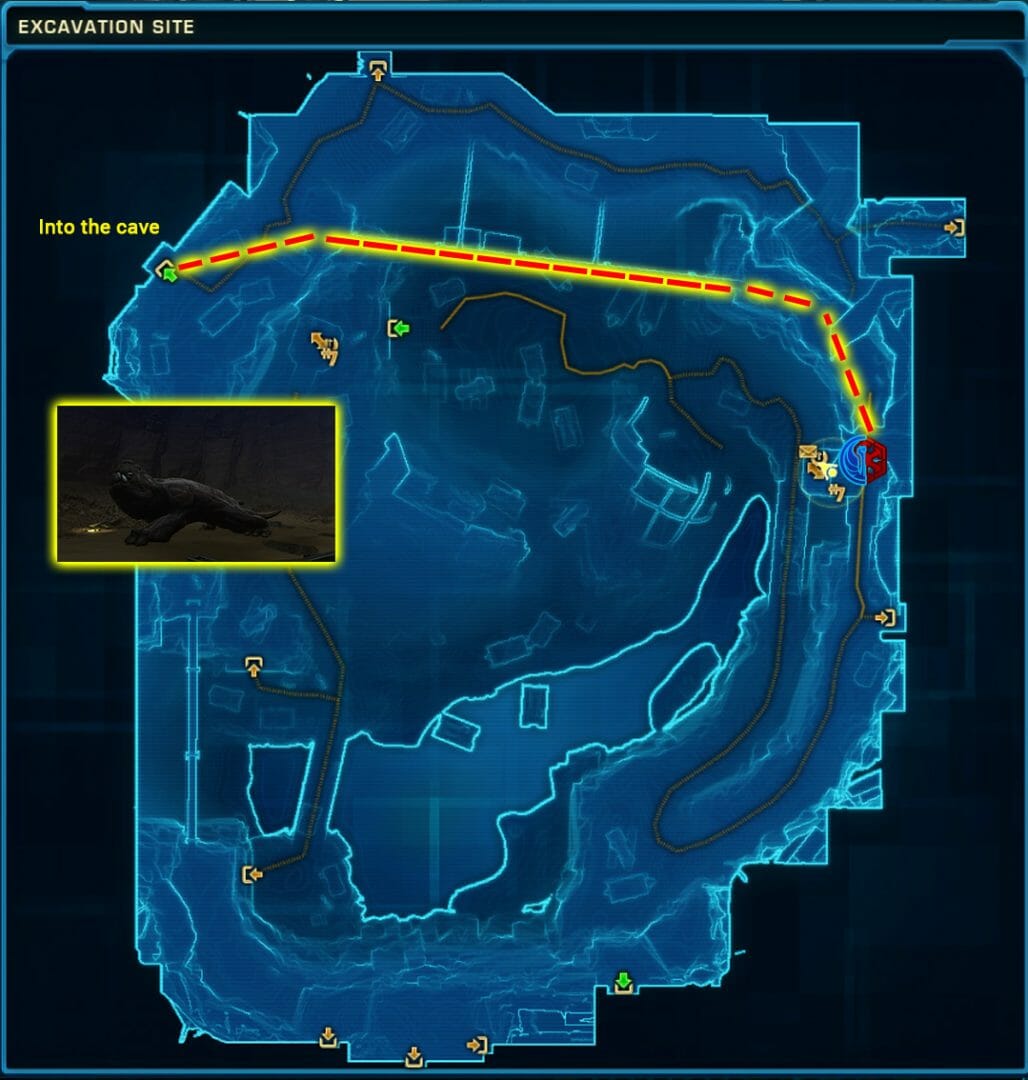 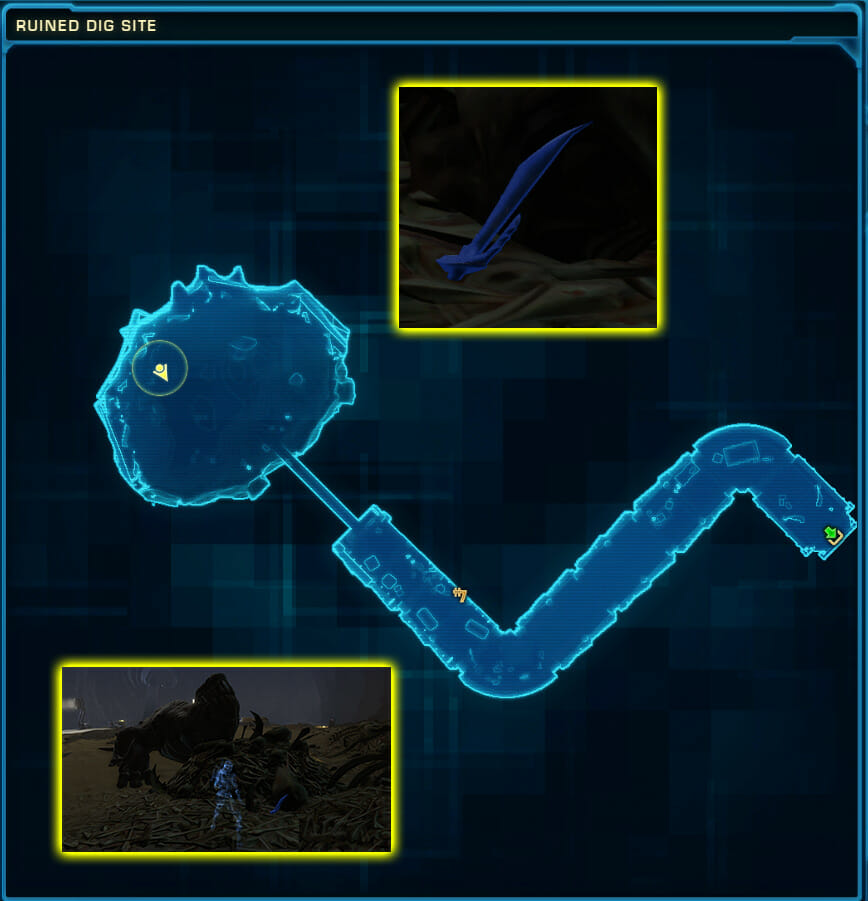 This well-hidden lore object can be found in a secret waterfall cave that you can crawl through. It’s very easy to miss this secret entrance! Once inside the main cave, the lore object is a glowing blue book near where you walk in. 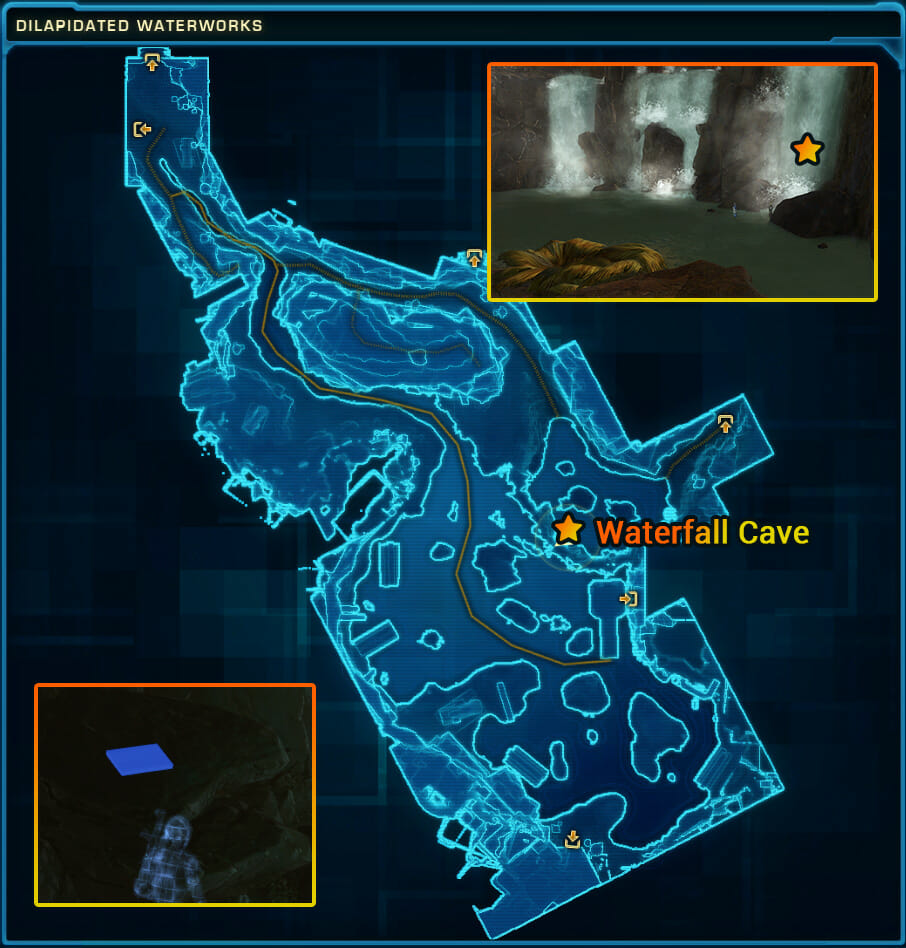 The End of Basilisk: Part 1

This lore object is a glowing blue box in the Primary Ventilation Tunnel (the one with the lightning inside) in the South East section of the map.

The fastest way to get there is to quicktravel to the Quarry Overlook, the run slightly south into a tunnel, which will put you in the electricity room. 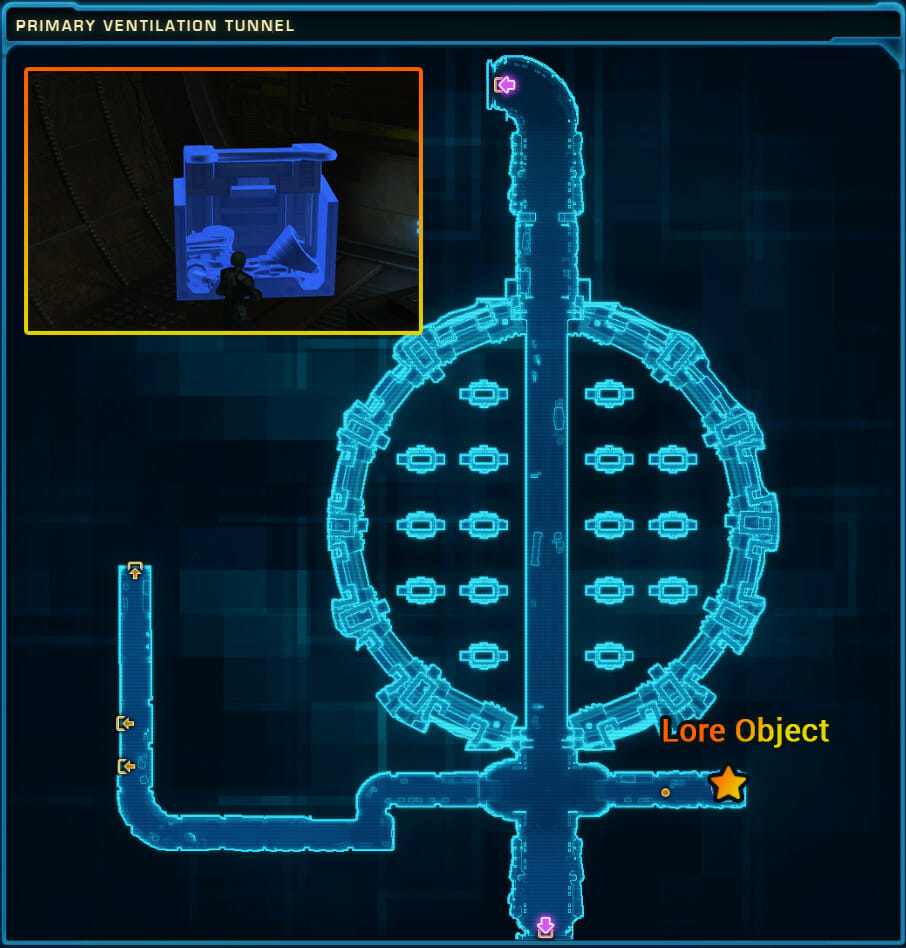 The End of Basilisk: Part 2

Part 2 is a lore object which is also a glowing blue box, in the quarry. 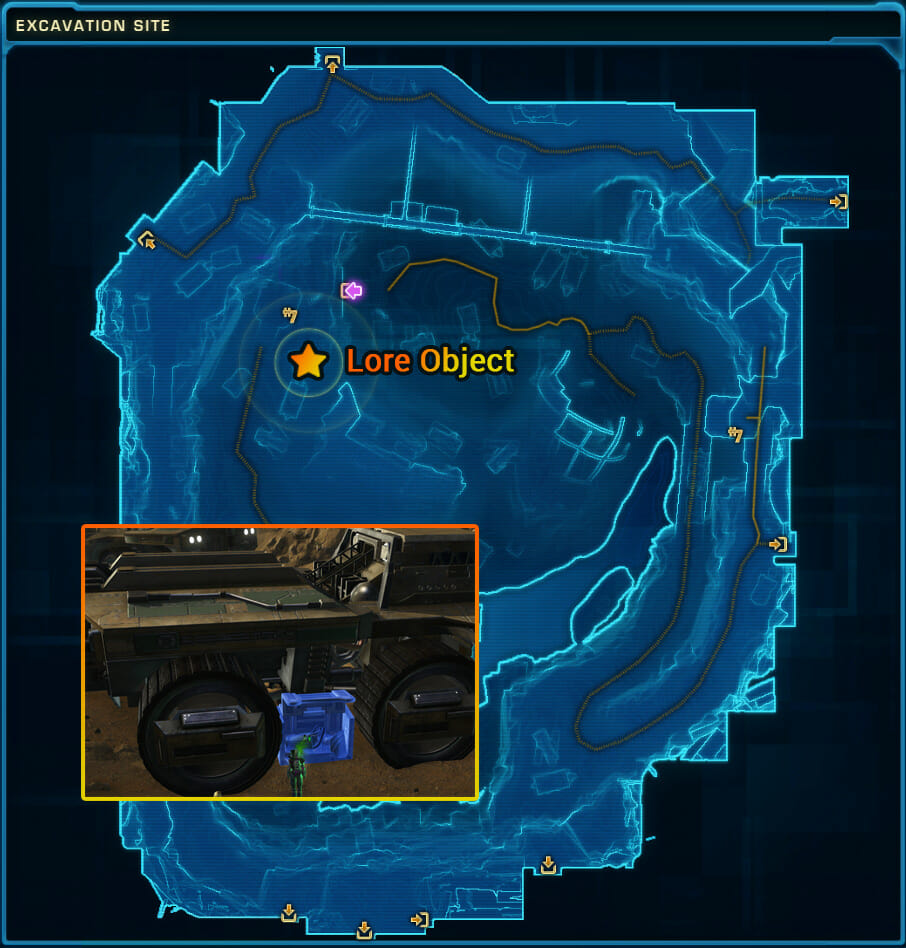 You can get the Tineback codex entry by killing any Tineback creature, there’s some on the map just outside Mandalore’s encampment. 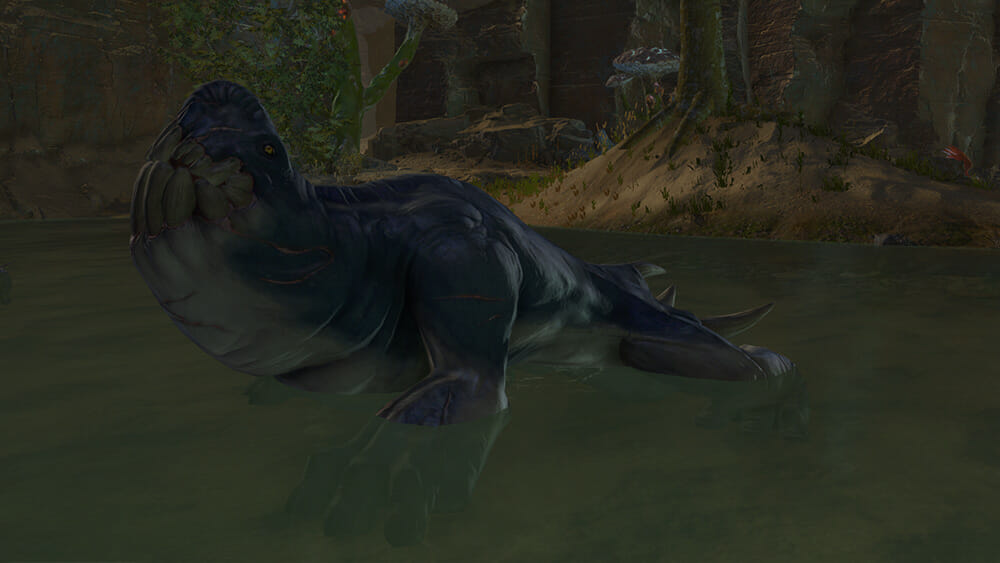 Kithrawl, the Flame in Darkness

You can get the “Kithrawl, the Flame in Darkness” codex entry just by defeating Kithrawl. 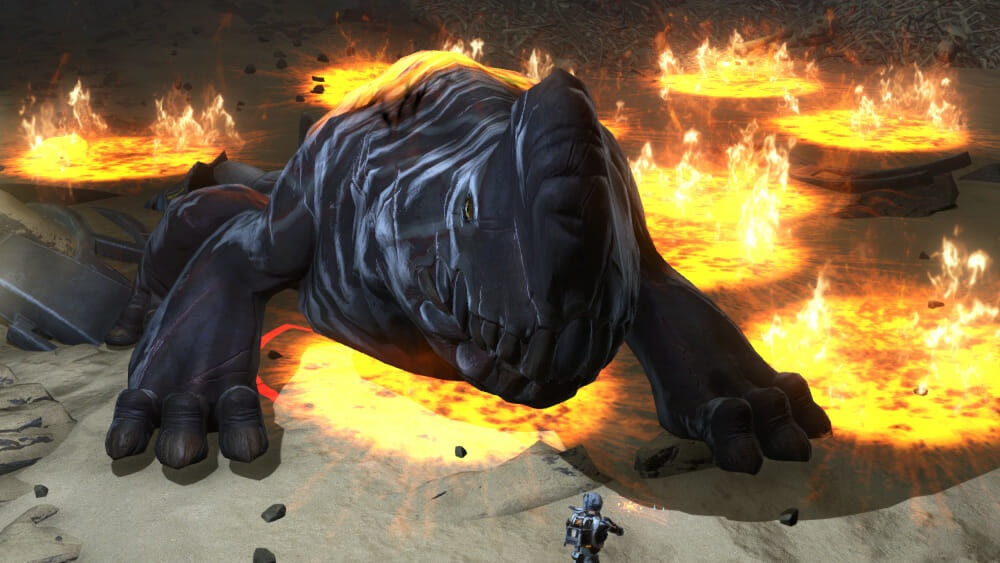 You will get these codex entries naturally from playing the story:

I think these are in the game files but do not actually exist in -game.