Although your character in-game follows the set storylines the writers have created in Star Wars: The Old Republic, many players enjoy creating custom backgrounds, histories and personalities that exist outside of the game pre-scripted cutscenes. When creating a backstory for your Nautolan, you can choose to either embrace the known Nautolan lore, or of course you’re free to create a character whose race is fairly insignificant when it comes to shaping who they are. Nautolans however, have some very interesting traits that players can use to shape a unique character while embracing the various pieces of Star Wars lore that have been created over the years for Nautolans. 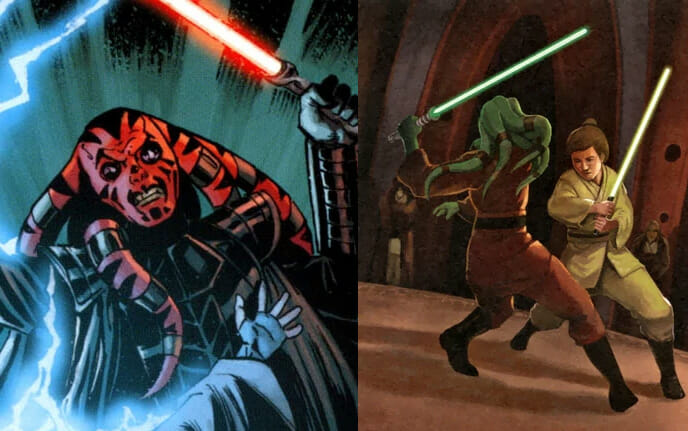 Growing Up in the Water

When Nautolans are born from eggs, they emerge as tadpoles, and due to their young weak limbs they live in water for a large part of your youth, an experience that many other species will never have. For your custom Nautolan character, you can choose to create a basis for their life around their biological needs. 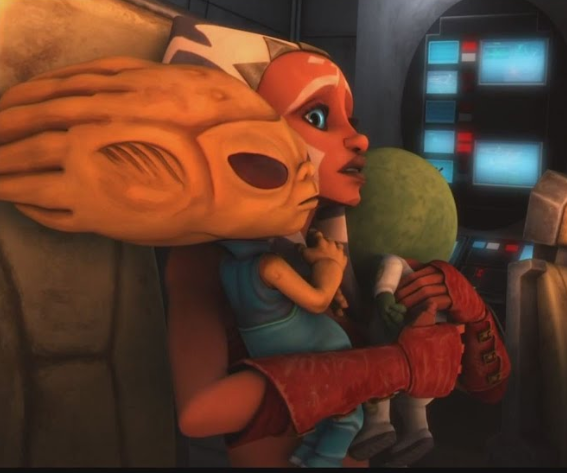 Baby Nautolan from the Clone Wars series, rescued from the Sith by Ahsoka Tano 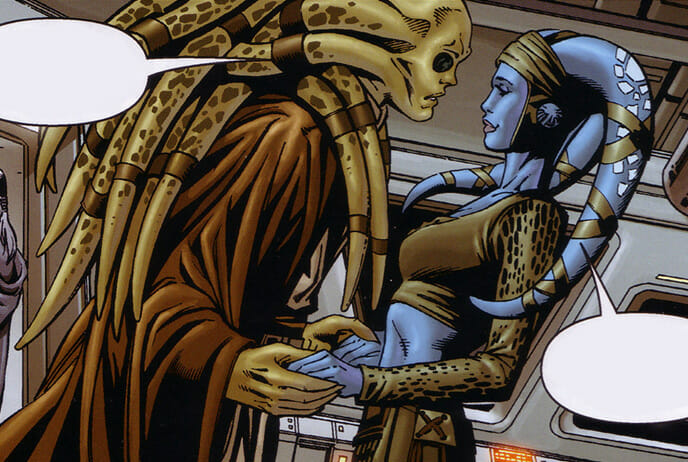 Nautolans’ head-tails are unique pheremone and odor-sending organs, which even the average Nautolan can use to sense the mood of sentients around them. Although this makes them excellent at judging how those around them feel, they are also susceptible to empathetically taking on the moods of others. This unique trait can be used either subtly while roleplaying, or worked directly into the narrative of a Nautolan’s life. 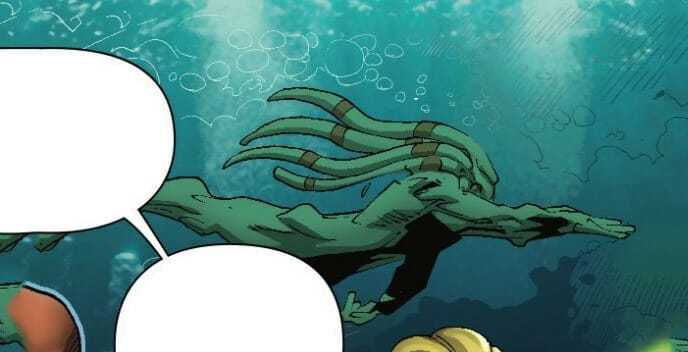 Nautolan swimming in Jedi of the Republic: Mace Windu comic

Although Nautolans experience no difficulties on land, they are most at home underwater. Not only are they strong swimmers with excellent low-light  vision, their empathetic and communication abilities are strongest below the surface. Within Nautolan culture, the ability to sense pheromone changes is an essential part of the communication, and their tendril’s senses work best underwater.