The Empire dominates scores of star systems across the galaxy, but not through the power of the dark side alone. Behind the scenes, the cunning Agents of Imperial Intelligence track down and wear the Empire’s finest armor lines. Imperial Agents must master the arts of seduction, assassination, and good fashion sense to advance the Empire’s causes. 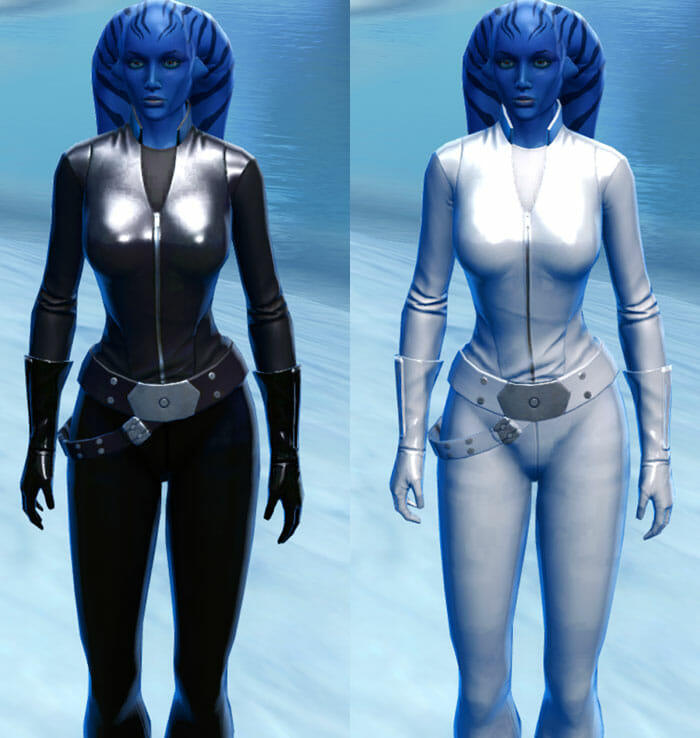 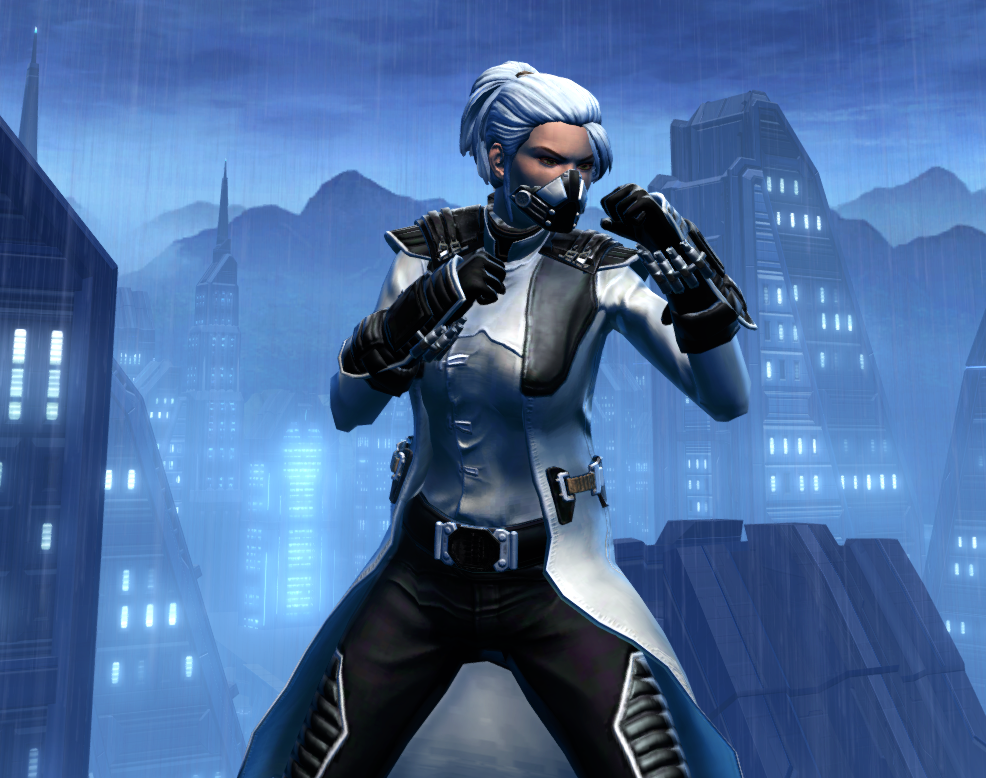 Alternative for players who are not on the Empire side, but it’s a Cartel item. 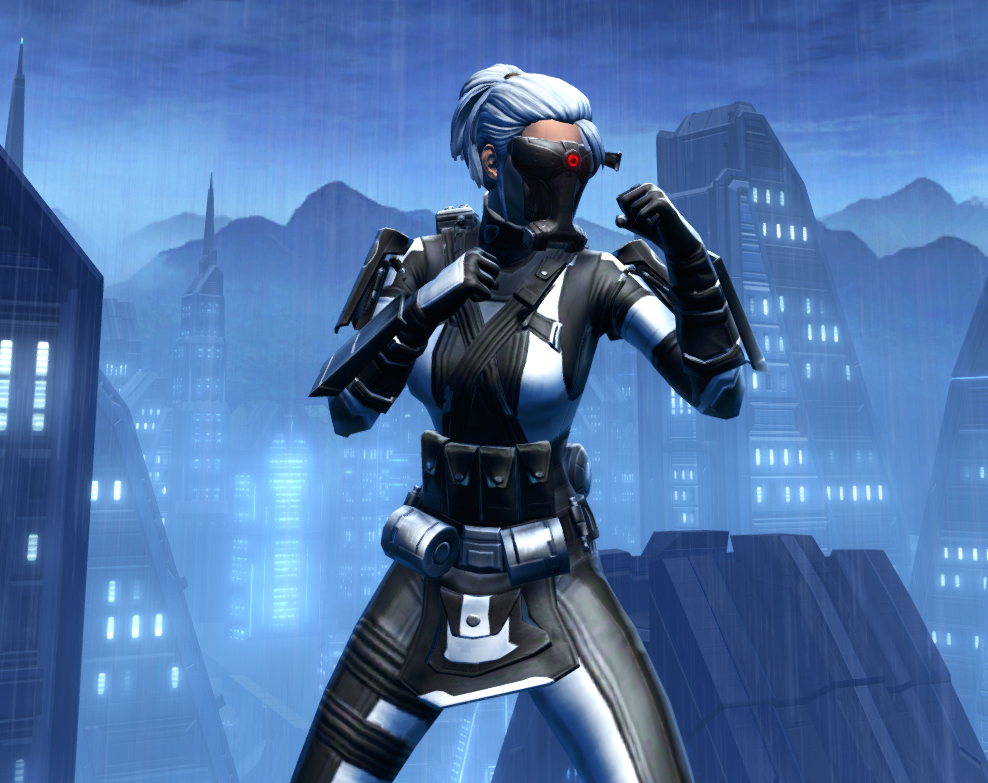 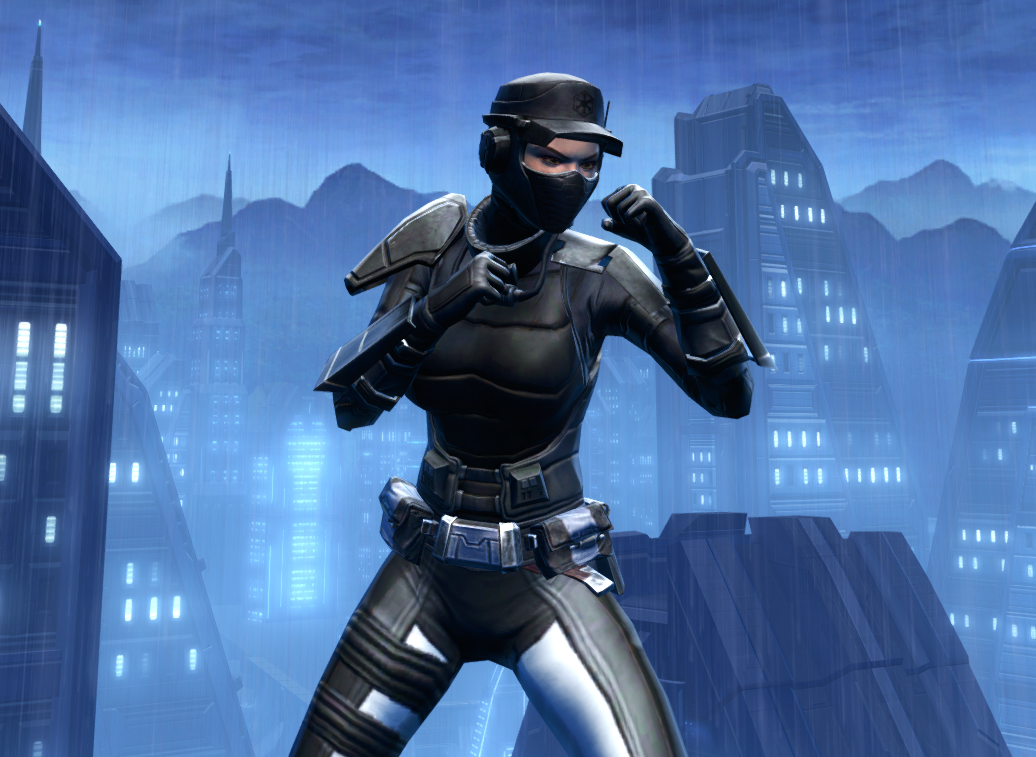 Both sets above are hard to get as they rely on RNG. You can get the pieces from the crates dropped from heroics at level 61+ and redeem them after Chapter 9 of Knights of the Fallen Empire. For the resurrected set I didn’t even have more than the chest, hat and belt even though I’ve done hundreds of heroics.

I like that this outfit has a lot of texture, rumbled fabric.

A staple of any Agent’s wardrobe. 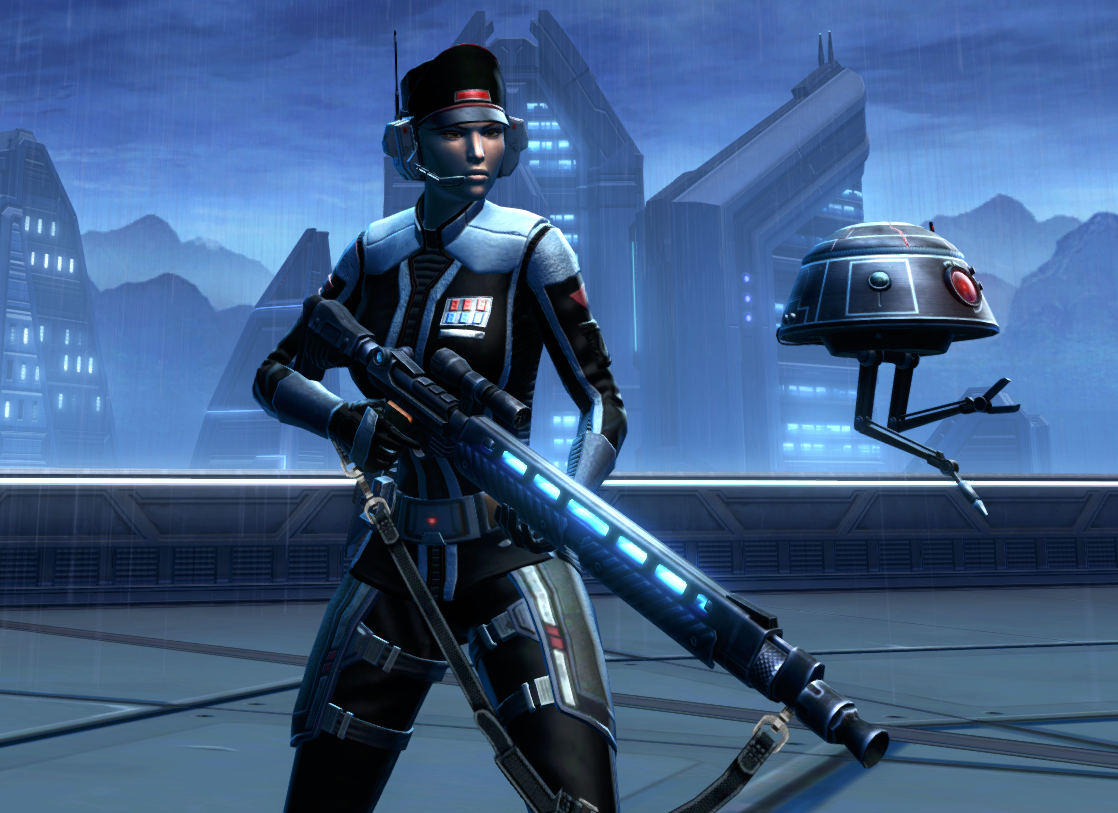 The Covert Cipher’s set is a fairly plain and simple set, but where it shines is its small droid that pops up when you take out your weapon.

A little heavy for Imperial agent, but has a really cool droid that pops up when you have your weapon out. I recommend pair it with less heavy gloves / belt / boots / legs for the Imperial Agent. 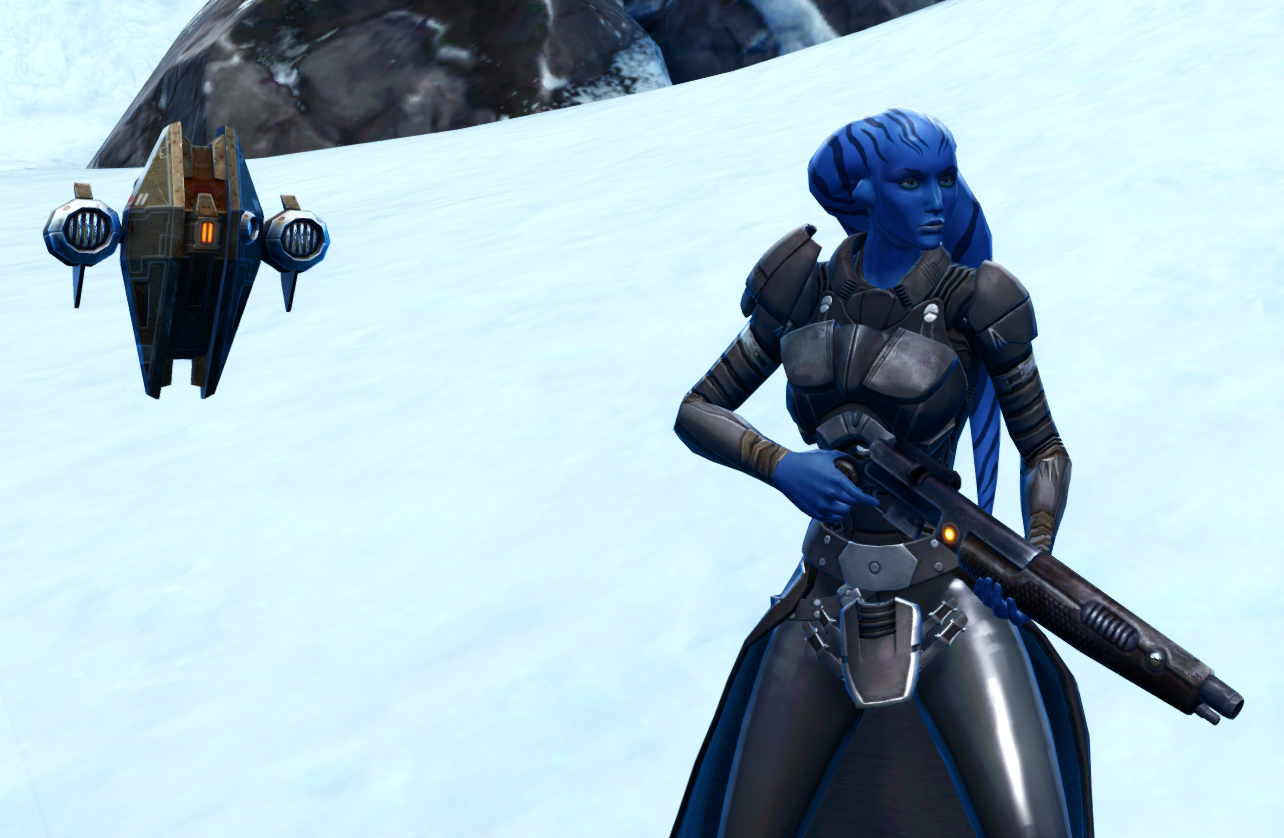 **** This set is mis-labelled, it’s actually called the Hooligan’s set, not Sniper 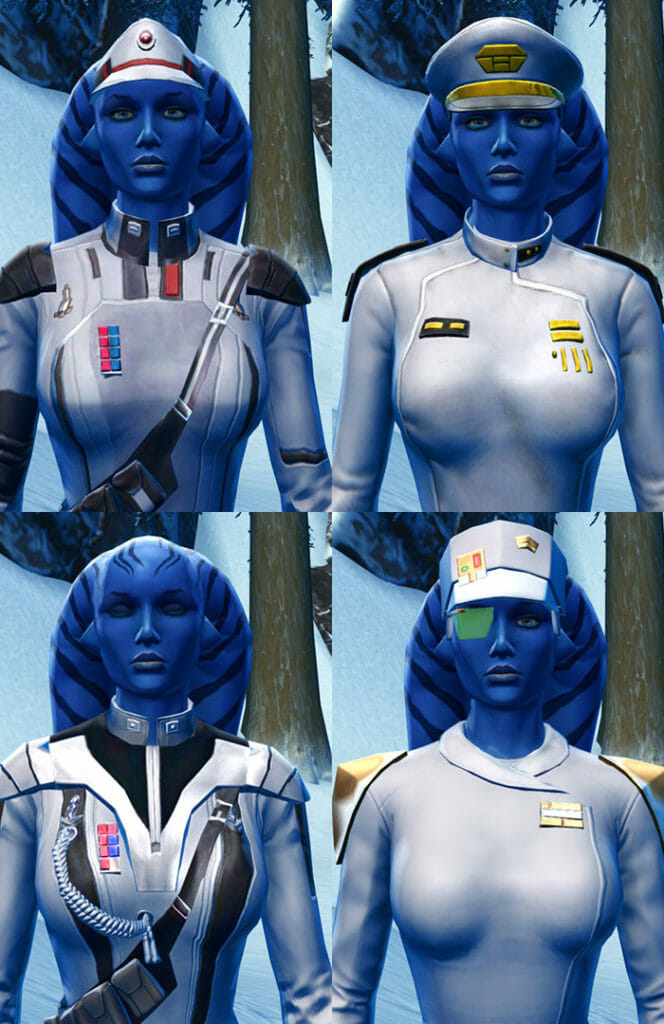 Add a white dye to uniforms and bam you’ve got an Imperial Agent set. 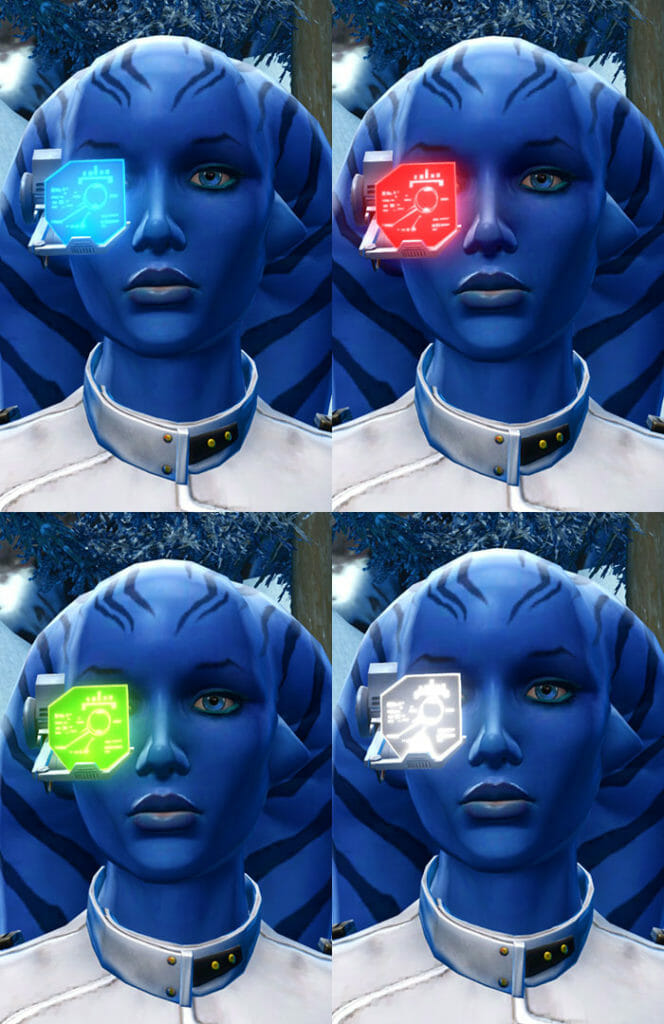