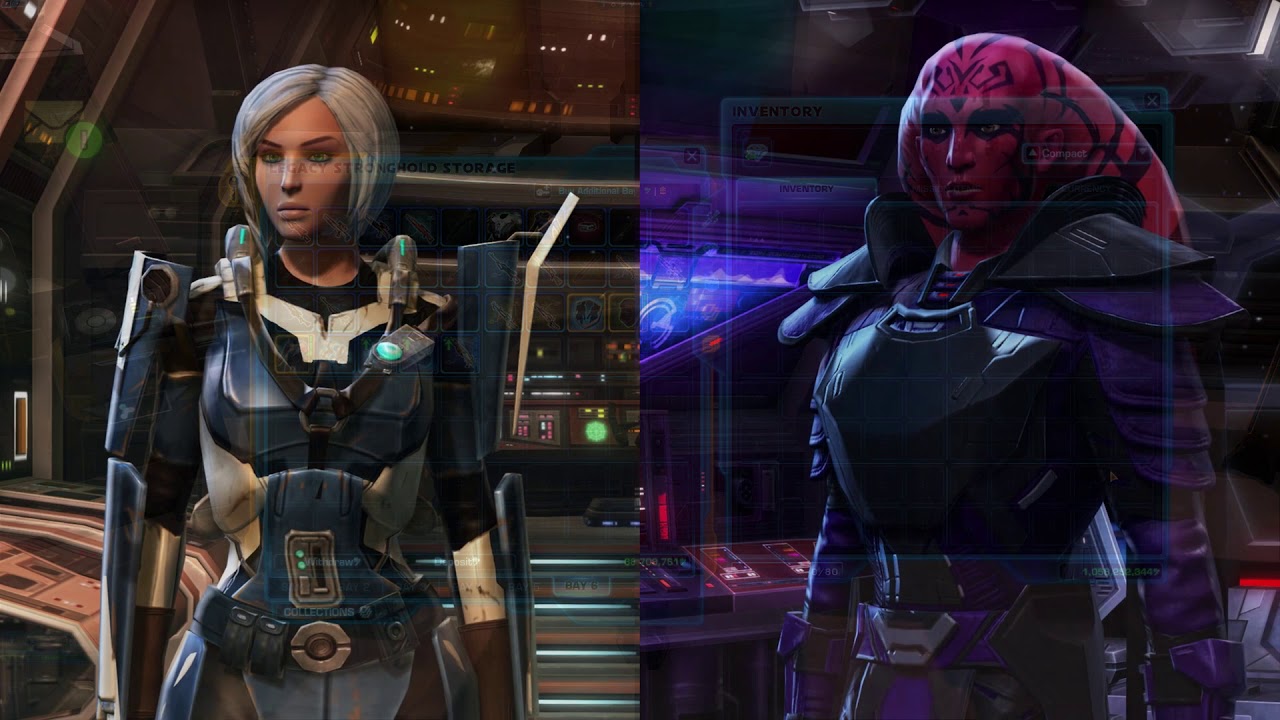 If you’re just trying to earn gear for a different combat proficiency or spec, you can set your preferred gear drops for your advanced class on your character portrait at level 75. This makes it very easy to earn gear for your advanced class’s other roles while playing on you preferred one. For example, once I complete my tanking armor set for my Vanguard Trooper, I will set my “Loot Discipline” to one of the DPS roles, and gear will drop for a DPS Vanguard Trooper even if I’m running around playing as a tank. This also works great if you’ve got two characters of the same Advanced Class but with two different roles – maybe your first character is a Sith Warrior Juggernaught Tank and your second is a Sith Warrior Juggernaut DPS – and you can use the loot discipline option to decide which one you want to work on gearing up.

This loot discipline option is also useful if you play the mirror of your advanced class – for example, I like to play as a Jedi Consular Sage. I also have a Sith Inquisitor Sorceror, the Imperial mirror of the Sage. Both these characters share the same advanced class and can share gear easily, especially since their Set Bonus items are identical and work on either faction. If both my Sage and my Sorcerer are healers, or any other exact mirrors of any combat proficiency, they can actually share the same set without ever having to actually earn a second set! The only time this causes an issue is when the two advanced classes do not share the same weapon types – for example, the Trooper Commando Healer heals with a giant blaster cannon and the Bounty Hunter Mercenary dual-wields blaster pistols – they can not equip eachother’s weapons, even if the weapons are legacy-bound. This means you can send most of your gear over to them, but they’ll need to earn their own weapons and/or offhands. If you happen to have extra modifications from your main character that you either earned as individual items or that you can pull out of unwanted extra gear, you can sends just the mods over to your second character and put them in to a weapon that works for that character. You could technically use the mods in your first character’s weapon, but it’s going to get very expensive taking them in and out of your two characters’ weapons to swap them back and forth.

Now let’s talk about gearing up alternate characters, including ones that don’t share any similarities to your first character. In the Onslaught expansion, the gear you receive from drops and gearboxes is mostly based on your current item-rating. That means while you might be getting great gear on your main character after played for a while and earned a high item-rating, if you jump over to your second character who just recently reached level 75, their gear is likely fairly weak as they haven’t had time to gear up yet, and any drops or gearboxes they get will only be small improvements.

In Onslaught, all gear you receive at level 75 is legacy bound. That means you can easily share all level 75 gear between your characters on the same server, either by sending it in the mail or placing it in a legacy bank – there’s even legacy banks located in the center of the fleet. While the gear you send over might not be the ideal set of stats, your second character can still highly benefit from the item-rating of that legacy-bound set of gear you sent over – so even if you send your high-item rating tank gear to your DPS character, any new drops or gearboxes you get on your DPS will be tailored to that DPS character and benefit from relying on the high-item rating armor from your first character. For example, once I’ve earned a great set of tanking gear on my main character, a Trooper Vanguard Tank with item-rating 306 gear who wears mostly defensive armor, I can send it over to my Sith Inquisitor Sorcerer who likes to damage everything in sight with lightning attacks. My Sorceror won’t be doing great damage for a while as they have defensive gear on, but since they’re wearing my trooper’s item-rating 306 armor they’ll get mostly item-rating 306 gear from any gear drops or gear boxes they earn, and will be able to quickly start making their own damage-focused gear set and hopefully even receive some Sorcerer set bonus items. The only time this won’t work is if you have a Class-specific set bonus armor shell – these armor shells can not be worn by classes not listed on their tooltip. If I really want to play my Sorcerer, I would have to pay to pull those modifications out of my Trooper set bonus armor and put them in a more generic armor shell. My tactical item doesn’t have an item-rating, so I’ll just leave that behind on my trooper.

If I realllyyyyy love playing on my trooper tank, but want to work on earning some better gear for my Sorcerer – unfortunately, I can’t ask the game to start dropping Sorcerer gear for me. I can however change my loot discipline from tank to DPS – and although I might get unlucky and get some trooper DPS gear, I might also start getting some great DPS modifications like armorings, mods and enhancements I can send over to my Sorceror that they can throw in to their set. I’ll also be earning legacy-bound tech fragments if I’m doing endgame activites on any of my level 75 characters – and once I’ve saved up 3,000 tech fragments across all my characters my Sorcerer can outright purchase their favorite tactical or their first set bonus piece.

If you’re looking to gear up an alt, you have two choices: you can either wait until your first character has reached the highest available item-rating and then pass on their gear to your second character, or you can play both characters frequently and send your shared armorset back and forth as you swap characters, so they can both benefit as you raise your item-rating for that set. The first way is easier, as you will only have to handle gearing up one character at a time, but the second way is a handy for players who love swapping characters so they can continue improving their item-rating score until they hit the highest score. 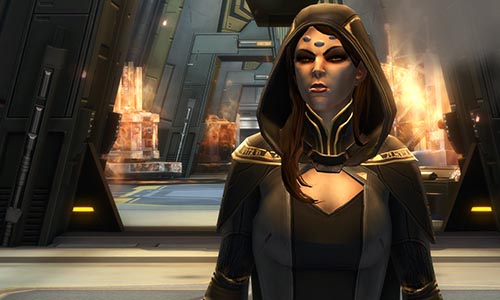