Crafting at level 75 can be very rewarding, but the path to endgame best-in-slot gear can be pretty confusing. In this video, we’ll be going over the basics of how to get the schematics to craft the best gear available in the game for level 75 characters, which crew skills can craft what, and the types of materials it takes to craft high-level items. 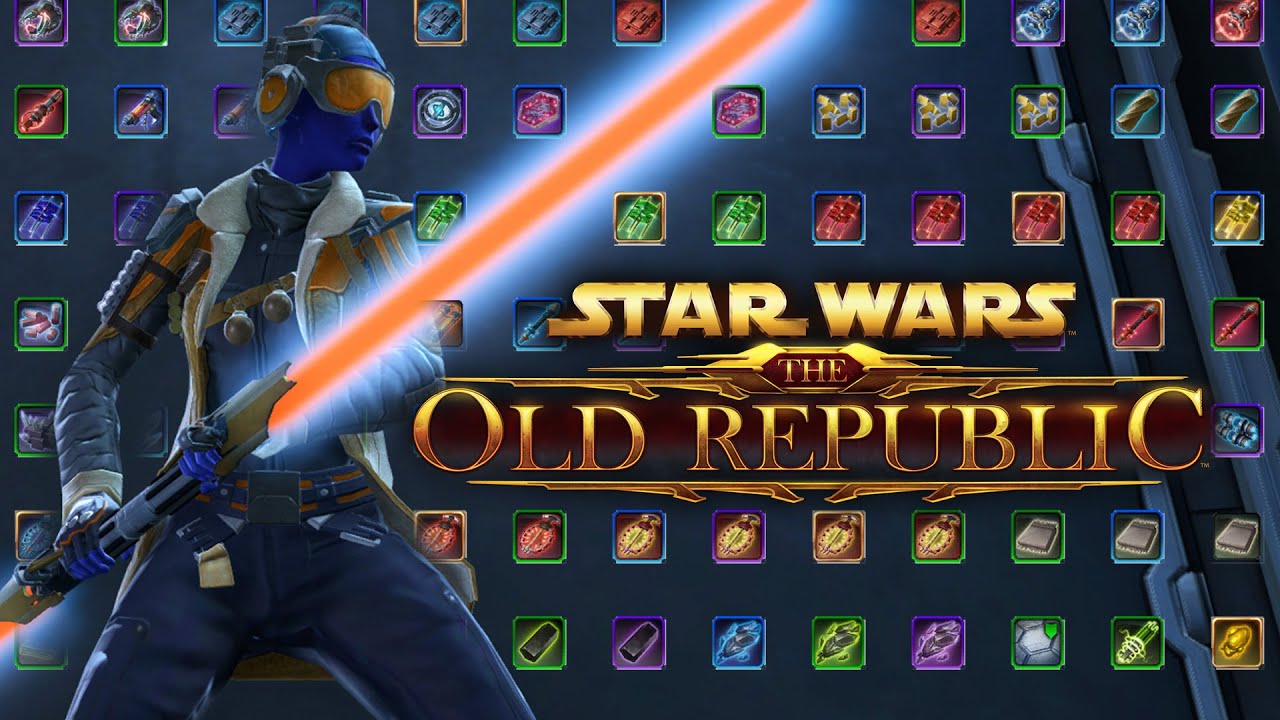 If you haven’t tried crafting at all yet, you’ll want to check out my other video guide called How to Craft in SWTOR, and if you need a really thorough breakdown, I’ve got a guide called “How to craft a lightsaber” that gives you a step-by-step on how to craft items – the guide you are reading now is more for high-level crafters.

How to Craft a Lightsaber 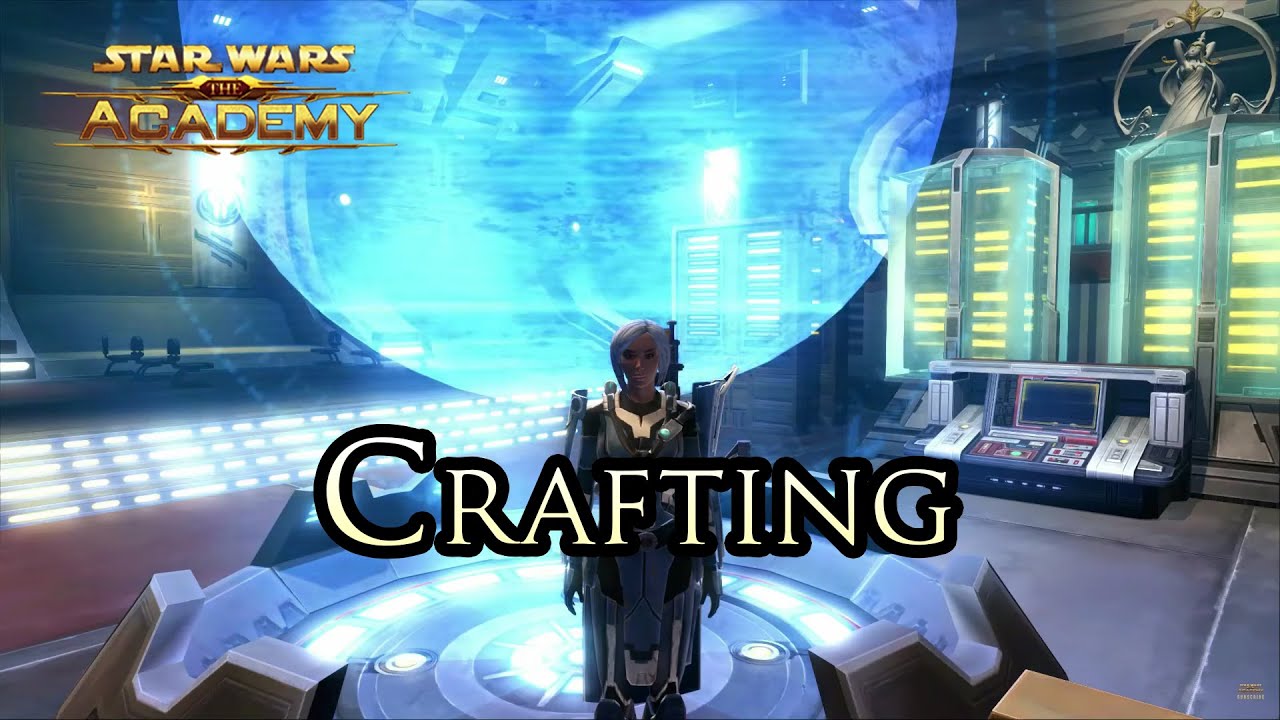 One of the very cool things that offsets that cost, is that in this expansion, any player can learn to craft the best items in the game – they do not need to do a specific type of content like – like operations or warzones – to get the schematics to craft endgame gear. Instead, the first tier of schematics will come directly from the crew skills trainer, and then you can reverse engineer items to get the higher item-rating tiers, all the way up to item-rating 306, the best item-rating available at the launch of Onslaught. The catch is that reach the highest tier requires many expensive materials, and the reverse engineer chance – the chance to learn a higher tier schematic when you destroy an item, can be as low as 10-20%. At the launch of Onslaught, crafting was prohibitively expensive and the reverse engineering chances were too low, but there was a patch a month later that made crafting more accessible.

Much like the previous expansions, instead of directly crafting an item you will first craft components, which can then be crafted in to the item you want. New basic schematics become available from the crafting trainer at crafting levels 620, 640 and 680 for most crafting skills, so keep checking back with the trainer, especially for the higher component schematics. If you’re chasing after a specific item you want to reverse engineer, you can save money by crafting and reverse engineering that item while you are level crafting – or you can simply craft components for the quickest route.

There has been a big change when it comes to materials and crafted components – basic level 75 crafting materials now have three different tiers, green blue and purple. The lowest level items require green components, and the highest take purple components. As for rarer crafting components, Most items need the Processed Isotope Stabilizer material to craft, a common blue material that drops commonly. You can get these pretty cheaply from other players on the GTN. Purple and gold items, the higherend tiered items, take Processed Isotope Stabilizers, plus a rare material called Solid Resource Matrix which is a conquest reward, and Legendary Ember, which have a small chance to drop from rich crafting missions, and a high chance to drop from the special one-time wealthy crafting missions from datapads for any gathering skill. They also seem to have a chance of dropping when you disassembling item-rating 300+ gear and grade 11 slicing lockboxes.

Which Crew Skill Should you choose at Level 75

Now let’s talk about who can craft what:

Should you bother crafting item-rating 306 gear?

If you are a frequent player, you should be aware that reaching item-rating 306 can be fairly quick especially if you are doing certain activities, and you can use your first set of 306 gear to gear up your alt characters faster. For most players, the long path to item-rating 306 will not be worth it. I believe the crafting path was introduced specifically for these types of players:

How to Gear Up Alts at Level 75 in SWTOR

Not sure what crew skill to pick? Choose Biochem!

If you want to craft for level 75 but aren’t sure what to craft, take Biochem! Biochems, once they reach crafting-level 700, can use the stims, adrenals and medpacs at the end of the crafting path for those items which is re-useable. The best part is you don’t even need to go through the reverse-engineering path yourself – another biochemists who knows the gold schematic can craft you the item, sell or give it to you, then you have a stim, medpac, or adrenal that has unlimited uses

Another new thing that was introduced to crafting in the Onslaught expansion is amplifiers. If you don’t know what Amplifiers are, please go check out my other video, “What are Amplifiers in SWTOR’. Amplifiers are a random-chance-fueled bonus that can exist on many types of armor and modifications, and crafting-related bonuses can exist on Mods, Armor shells, relics, implants and earpieces. Mods can give you crafting critical success chance, or a higher chance to succeed on gathering missions, while Armor shells, relics, implants and earpieces can improve your time efficiency for crafting or gathering. One thing that helped me a lot for crafting was to create a “set” just for crafting. I wanted to work on Synthweaving, so I grabbed a ton of inexpensive mods from the moddable blue armor from the Adaptive Gear Vendor in the Supplies section of the fleet, since I knew those mods had amplifiers on them by default. Then I rerolled until I got a Synthweaving bonus, then put the mod in to my new empty “crafting” set. For the armor shells, I used adaptive legacy-bound armor, which can be bought cheaply from the and can be shared between your characters since it is legacy-bound. If you craft across multiple characters, you can save a lot of money by constructing sets for each of your different crafting skills at once – I bought empty shells for each of my crafting professions, then while re-rolling amplifiers, anytime I got a +9 or +10 I put it in to that crew skill’s set until it was full. If the reroll cost gets too high, you can always buy another mod to start at the minimum again! The sets make it so you are more likely to get “double” items when you craft – so anytime you craft components, you might get extra ones which will save you the cost of materials, or anytime you craft modifications, you might get an extra one which will save you costs when reverse-engineering, especially the later tiers. So when I said earlier I reverse-engineered 28 gold items, I only paid the crafting materials for about 20 of those, since I got lucky and often go doubles for “free” through the crit chance for both my components and my armorings.

This is a pretty short guide for endgame crafting, but to research crafting in Onslaught I’ve made a HUGE list of the crafting paths, exactly what you can craft, the reverse engineer chances for each item, and what materials each item costs. The link will be in the description of this video.

That’s it! Now go forth and craft!