This interesting datacron requires that you first fight an Ancient Probe Droid and recover a Depleted Datacron item, then you can go charge up the datacron at a station in the Star of Coruscant.

If you don’t already have a Depleted Datacron in your inventory in your Missions tab, you wil need to go find and kill the Ancient Droid. 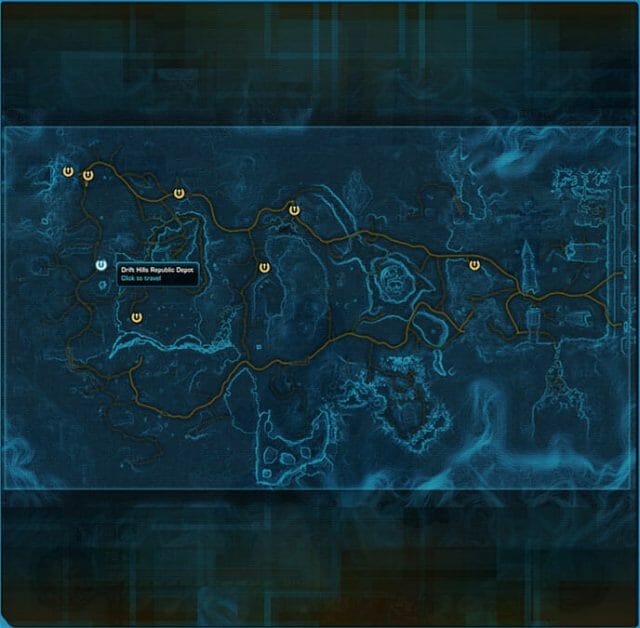 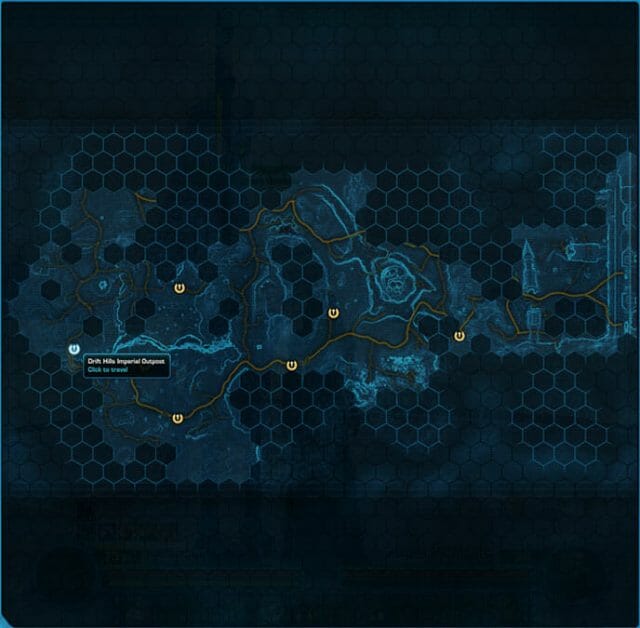 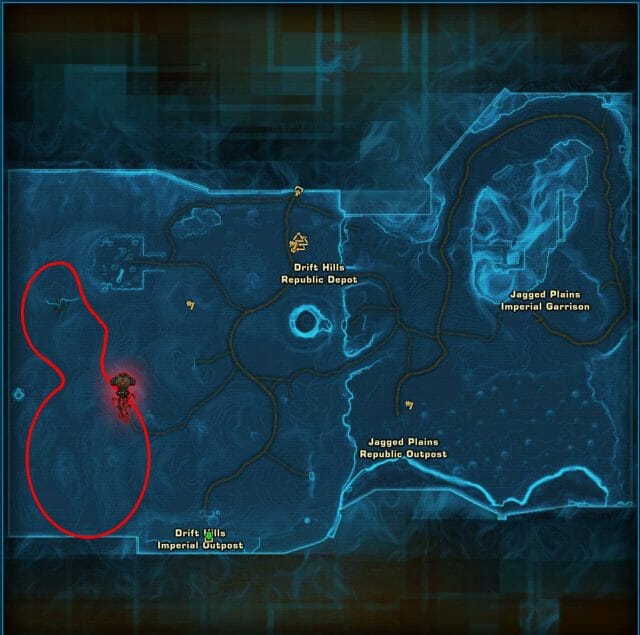 Once you eventually find it, by walking around along its path, and by changing instances if you’d run the whole path and still don’t see it, you’ll need to fight it – it’s quite a hard fight if you’re low level or not very experienced at combat, so make sure to bring a friend if you think you’ll need help, but I think most high level characters should be able fight it alone if they are careful and smart. Once you kill the droid, and loot its body, you will get a special Depleted Datacron item. This item can not be bought, sold, or traded but it can be put into a guild bank for others to use. 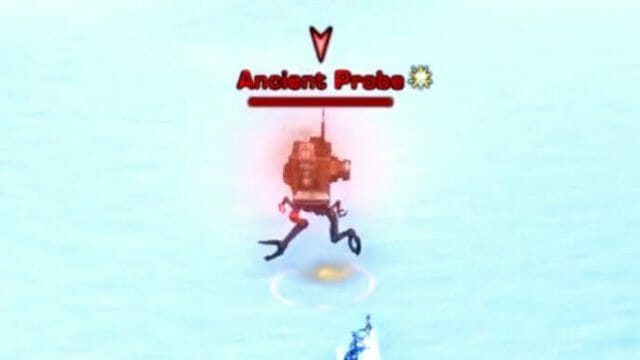 Travel / Taxi to Star of Coruscant

Republic [HEROIC 2+] Invisible Foes is much closer than the taxi / quicktravel. 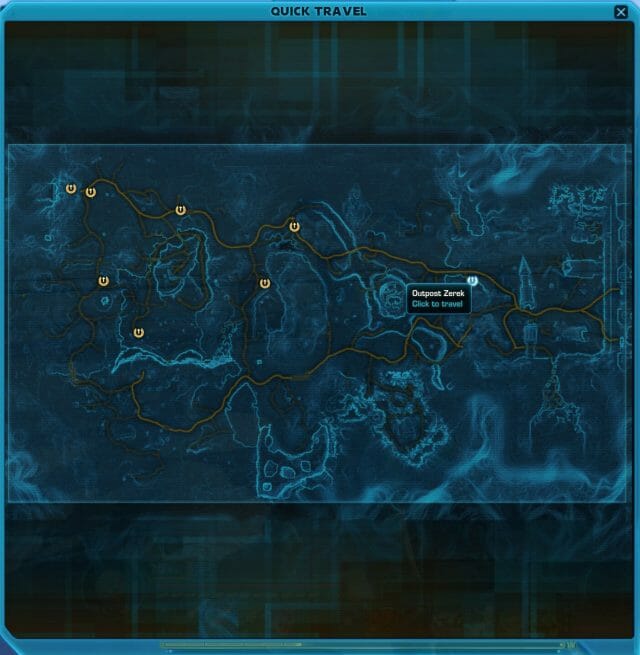 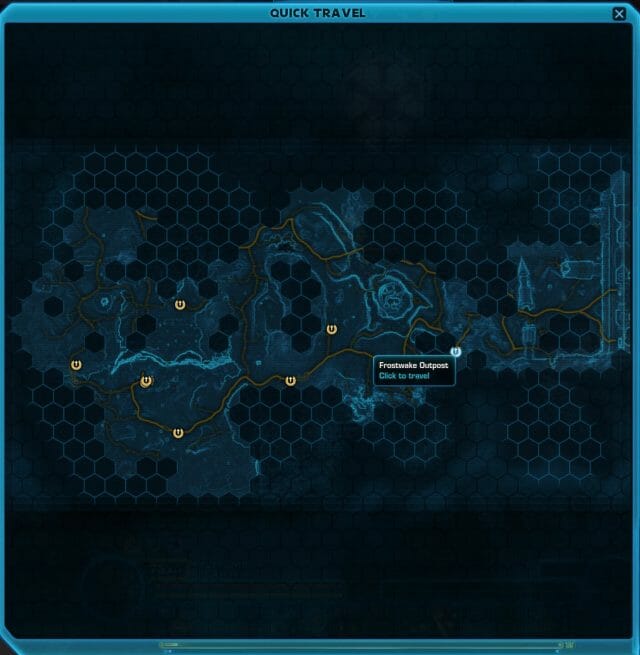 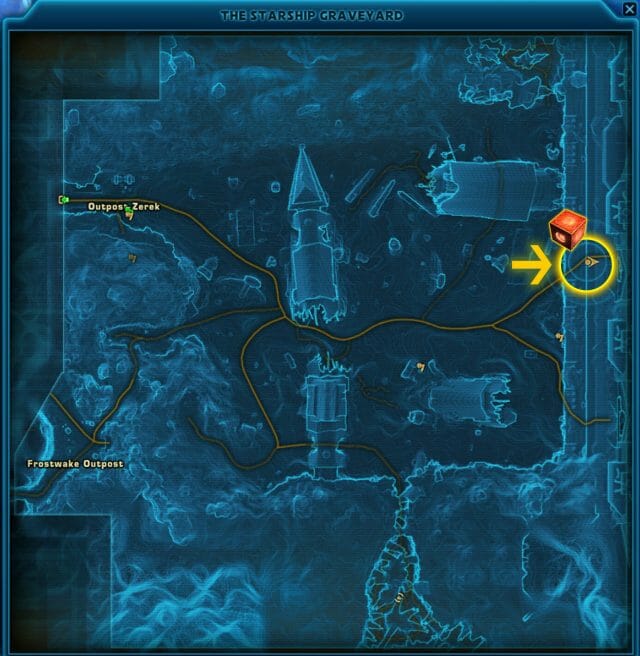 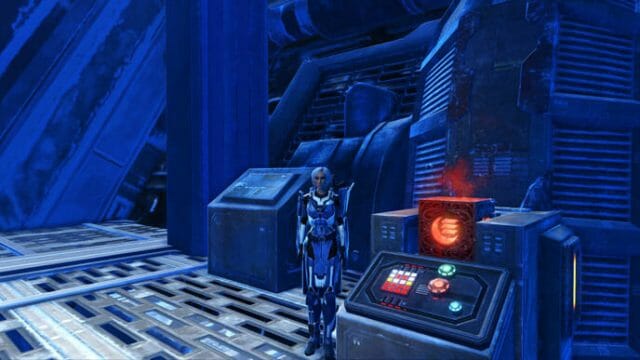 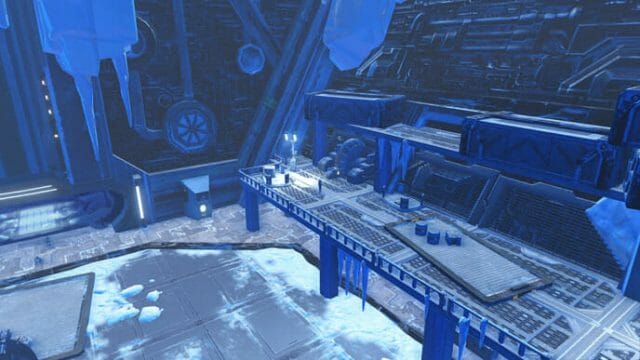 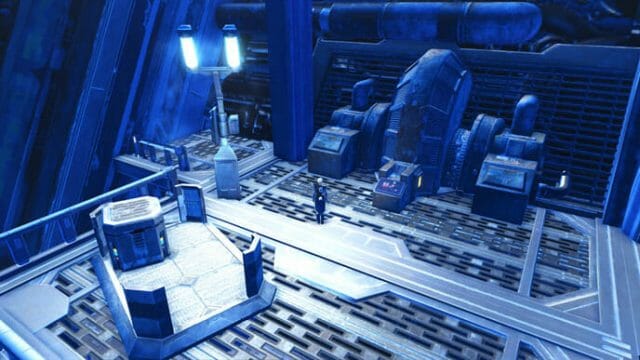 Invisible Foes Heroic Republic side is a bit closer to run

Once you are inside the entrance of the Star of Coruscant, look for a ramp leading up to a platform on the right, an right-click the glowing blue panel called “Coupled Recharge Station”. Once the datacron has been charged up, you can then collect the datacron!