Many players have reported bugs involving Galactic Seasons rewards – good news, a fix is on the way, and you can benefit from it! Here’s the devloper post and a video explaining how it works and some tips. 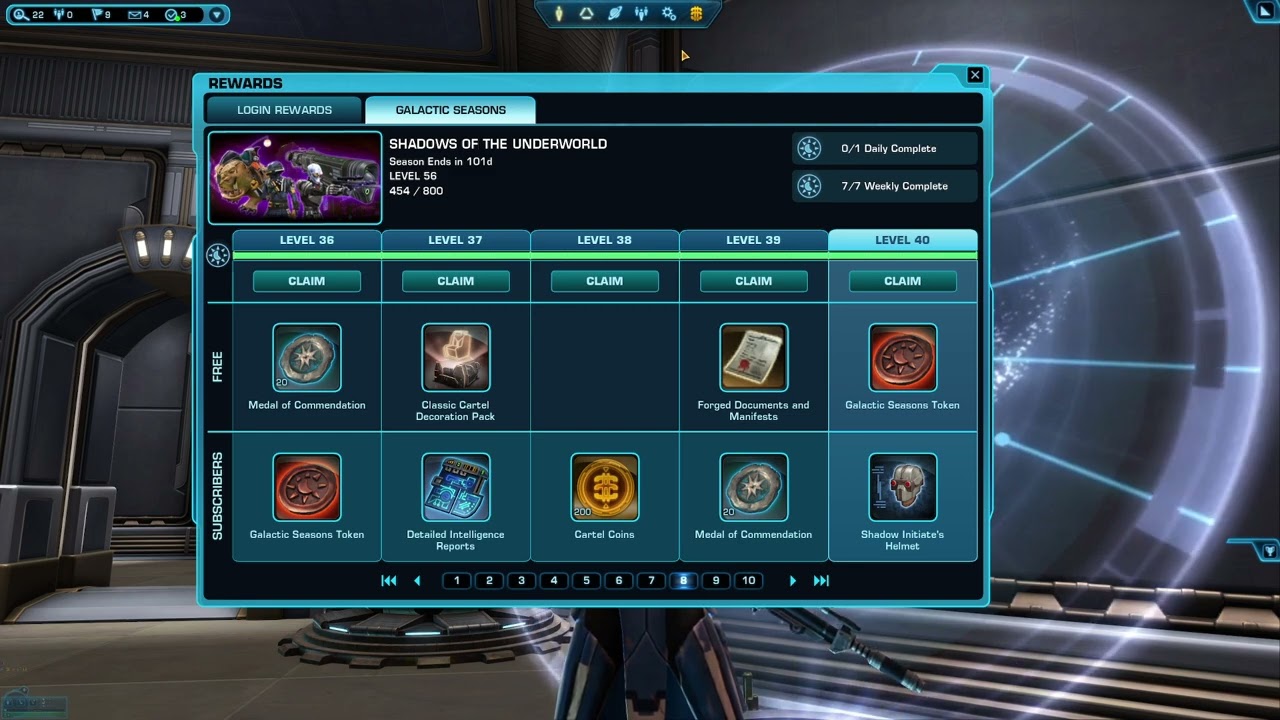 This is a follow up of the Galactic Seasons 2 reward issues players are experiencing since we launched game patch 7.0.1. To resolve these issues, we’ll be deploying a patch (7.0.1a) next week, targeted at March 29, 2022, with likely a couple hours of downtime. We’ll give you details once we lock that down. Important to note that you can continue playing normally until the patch goes live.

Players can expect the following to happen when they log back into the game after maintenance has completed:

Thank you for your patience as we investigated the reports and determined the best resolution for our players.