Romanceable by: All characters, depending on story choices

About: Son of Emperor Valkorion, Arcann dreamed of a grander, more exciting future than the privileged life his father gave him. With his older twin brother, Thexan, he joined the Zakuul Knights at a young age, eager to prove himself. In an attempt to gain their father’s respect, the brothers proposed a plan to test the strength of the border worlds between Zakuul and the holdings of the Republic and Sith Empire. Valkorion sanctioned the assault, but allowed only Thexan to lead the Eternal Fleet. Defying his father’s orders to remain on Zakuul, Arcann joined his brother at the front. Together, they were victorious, but Arcann suffered a serious injury in battle. Valkorion’s indifference to their accomplishments pushed him over the edge–he attacked his father, only to be stopped by Thexan. Despite his deep love for his brother, Arcann turned on him and murdered him. Then he set his sights on the Eternal Throne itself…. 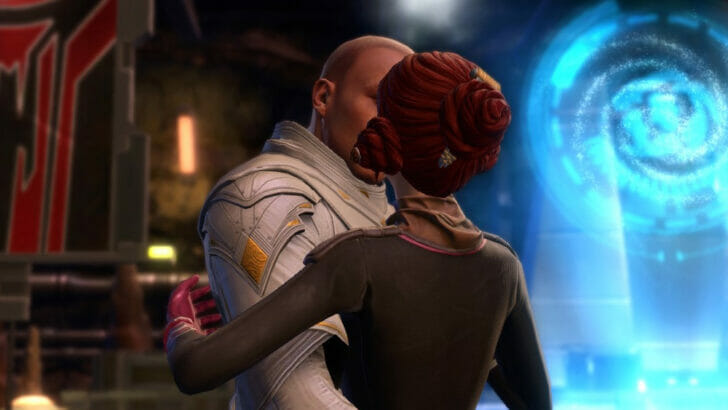 How to start romance: Arcann is first introduced to the player in the Knights of the Fallen Empire storyline as an enemy, which can be started at level 60 or higher from your ship. There are choices you can make that will either continue keeping him as an enemy, or turning him to an ally. If you choose to make him an ally, he may be romanced, but his romance does not start until very late in the story.