With their temple looted and in ruins and relations with the Republic government at a new low, the Jedi left the Republic capital to establish a new temple on the rediscovered world of Tython–the homeworld of the first Jedi. By returning to their ancestral home, the Jedi hoped to reconnect with the beliefs and ideals of those who founded the order twenty millennia ago. They sought to reclaim forgotten knowledge and wisdom left behind by ancient Masters, scouring the planet for holocrons and Jedi artifacts to replace those that had been lost during the destruction of the temple on Coruscant.

The Jedi’s aesthetics are easy to describe: elegant and simple, rich without being ostentatious. They do not own many things, but they do not live like possessionless monks either. Their temples are there as places of reflection, and to hold diplomatic guests when need be. Their practical furniture is sturdy and comfortable, and the other objects around the Temple are there to help students and masters gain a better connection with the Force. 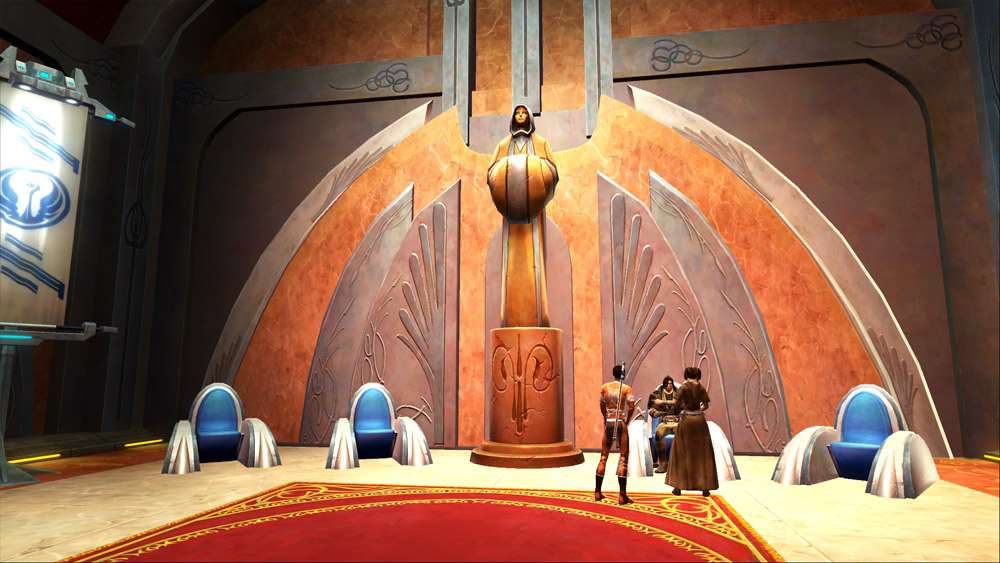 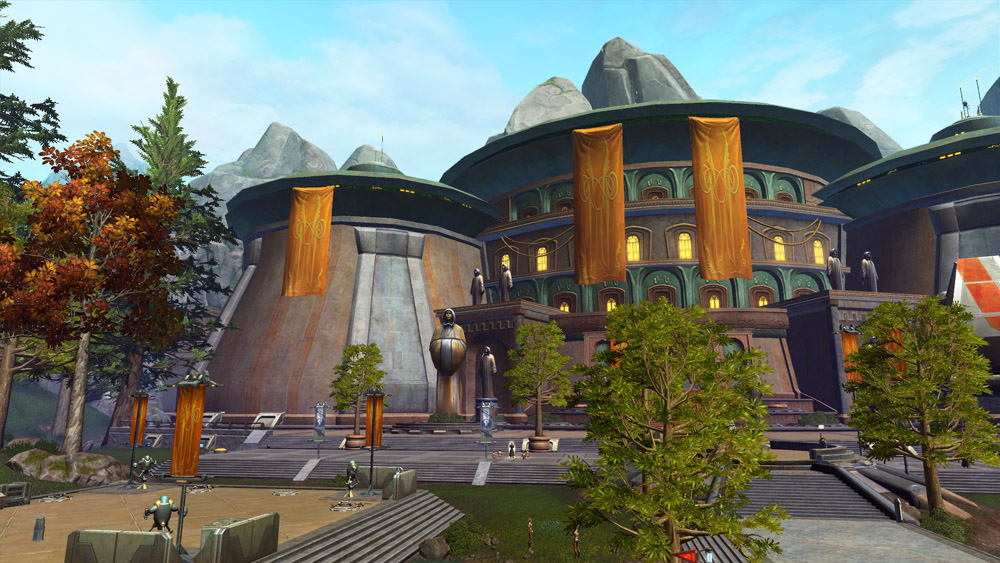 The Jedi spend as much time ouside as they do in, and it only makes sense that they decorate their outdoors spaces as well. 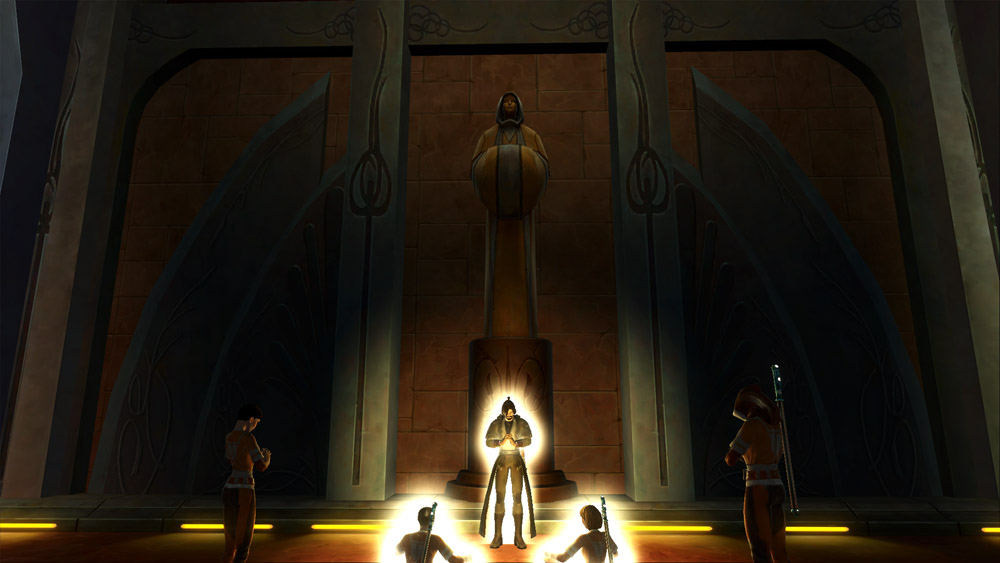 Want to make your Jedi residence a little less solitary? Add these personnel to give it some life. Another good choice would be your companions dressed in Jedi attire.

The Jedi are well known for collecting rare artifacts – and for making their own. Make sure to only sport light side datacrons in your Jedi Sanctuary. 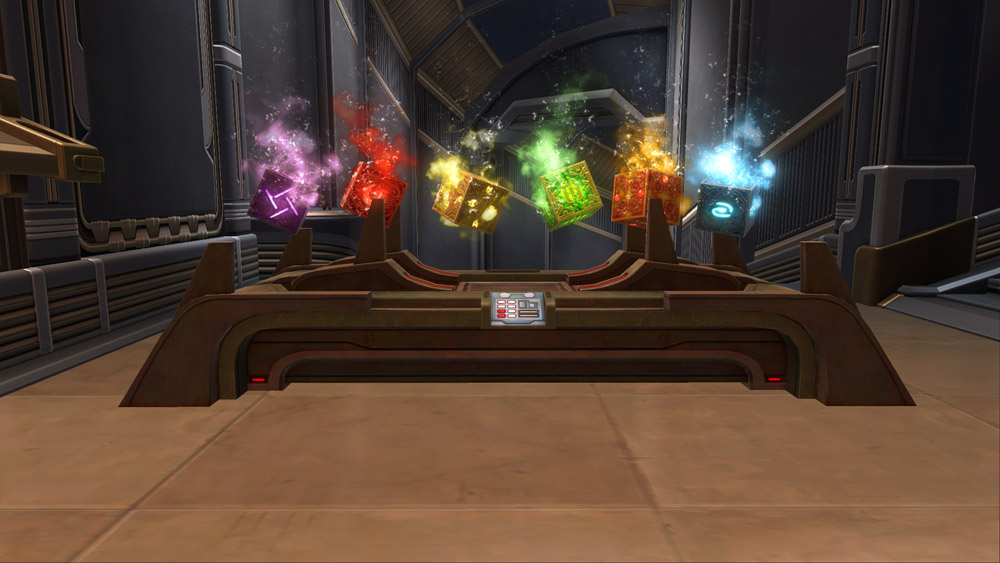