Although there is no Alderaan Stronghold, there are many beautiful Alderaanian decorations available, due to the rich noble houses that have staked their claim on Alderaan with luxurious castles and palaces. If you are seeking more luxury decorations, view the Zakuul Decorations list.

Since the Republic’s inception, Alderaan’s nobility has been at the political forefront, taking a stand in the Senate for peace, freedom and unity. While Coruscant has always been considered the heart of the Republic, to some extent, Alderaan has been its soul. In the aftermath of the Treaty of Coruscant, however, Alderaan withdrew from the Republic and soon became embroiled in one of the bloodiest civil wars in the galaxy’s history. The future of this once-proud planet is heavily in doubt.

There are two types of Alderaanian art available for your stronghold: the first is a Cartel Market item only available from the Arneclin Masterpieces art bundle (or the GTN if you are lucky). The second is acheivement-based and can be unlocked with 500 killing blows in the pvp warzone Alderaan Civil War. And no Alderaanian palace would be complete without a throne! This throne sports the same circular symbol as House Thul.

There are currently four houses featured in stronghold decorations: House Alde (the oldest and most ecentric noble house), House Rist (assassins and spies), House Thul (heavily backed by the Empire) and House Ulgo (unrightful temporary heirs to the throne). 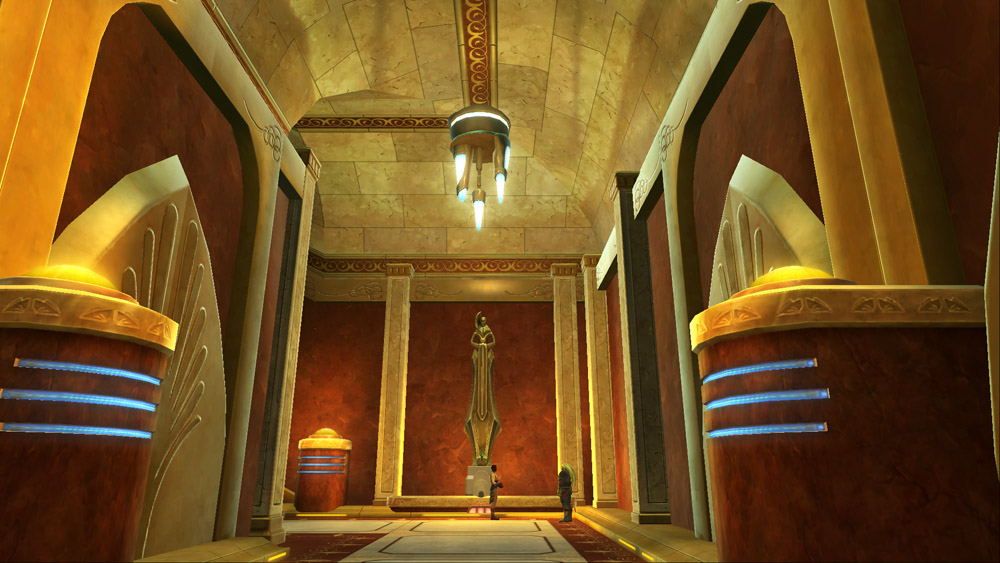 If you own a castle, it’s important it looks the part inside and out.