Beautiful, serene and abundant in resources, Makeb has grown to become one of the greatest resort destinations in the galaxy. For a time, wealthy executives and socialites flocked to the planet to enjoy its remote locale, comfortable climate and exotic vistas without any need for concern over political entanglements. Even the more frequent occurrence of groundquakes in recent years could not place a dent in Makeb’s prosperous tourism, banking and mining trades. Recent events, however, have changed matters for the worse. With its precarious position on the edge of Hutt Space, Makeb has drawn the attention of the Hutt Cartel. Just what the Hutts intend for the planet remains to be seen.

While the Hutts may have sullied the planet’s beauty slightly, it is still one of the best furnished and manicured planets of the game. If you can stand the earthquakes and the possibility of emergency evacuation, Makeb is a paradise of heritage and ornamentation.

Makebians have chosen white marble as their artistic medium of choice, to complement their white-washed houses. There are two types of Makeb statue decorations, the largest is a beautiful femine figure which can only be bought with credits if you are an owner of the SWTOR Collector’s Edition. The second, a statue of a dog-like figure, can be bought with credits if you have reached the Champion Rank with your Makeb reputation.

With precision comes grace, and the Makebians know how to bring precision into their shrubbery. You can place three types of manicured planets into your strongholds, but only one can be gained through Makeb Reputation. The others are Cartel items, one from a pack and one from certificates. 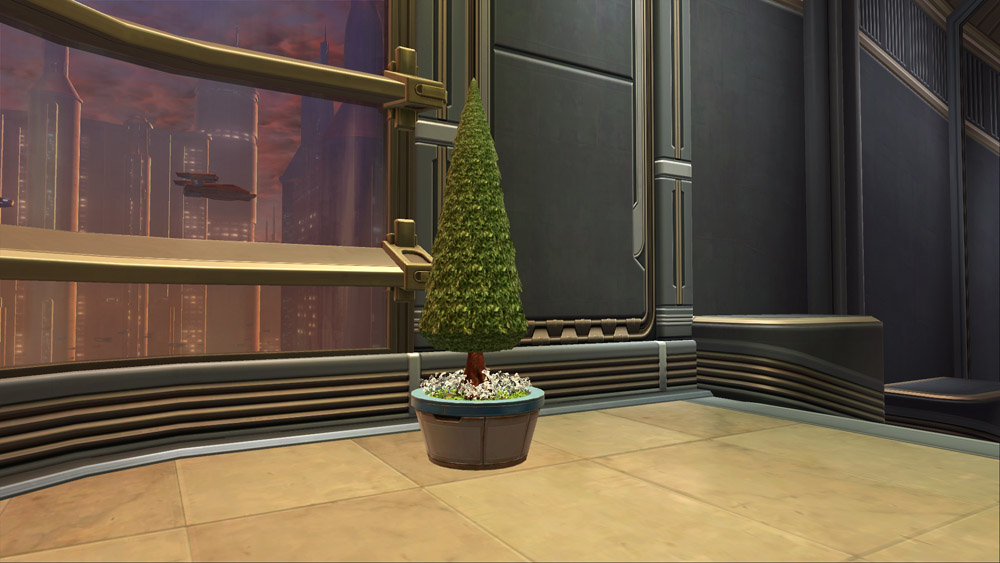 While not strictly Makebian plants, these two potted displays can be found growing around the planet’s grassy surfaces. Both can be obtained through crafting.

Believe it or not, the luxury set on the Cartel Market actually originates from some concept art of Makeb by Ryan Dening. All these items come out of the same cartel decoration pack on the cartel market. The bed in this cartel bundle does not match Makeb’s style.

You can bring the beauty of Makeb to your stronghold with the power of warzon commendations! The Pergoda is often found on Makeb’s rooftops,  sunny place for residents to unwind. The Canopy provides shade from Makeb’s bright sun. The Gazebo is a special decoration that is now retired. 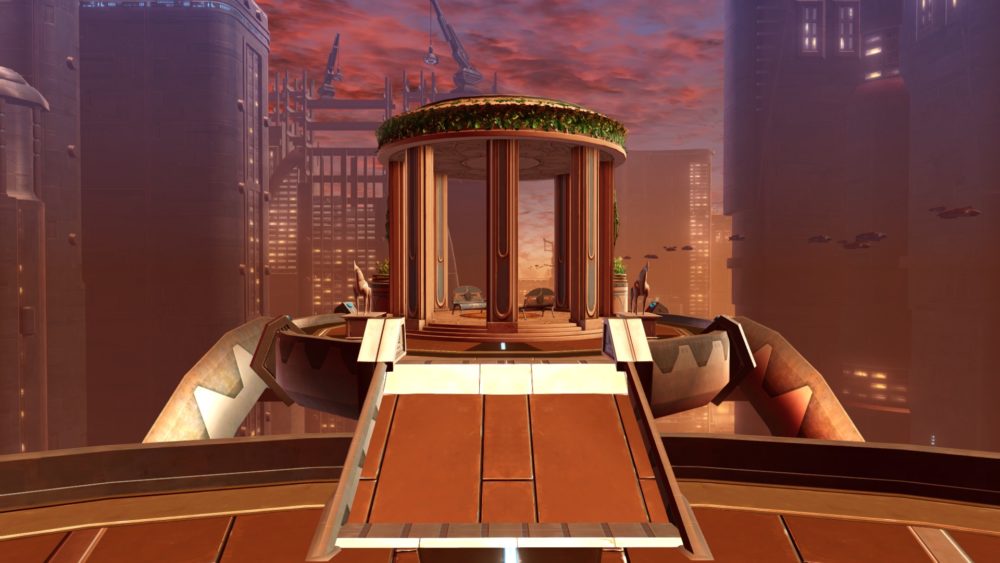 Although it is not obvious when you discover it in the crafting list, these ammunition canisters were designed especially for Makeb’s release. you can now have them in your stronghold by crafting an Industrial Prefab MK-2. 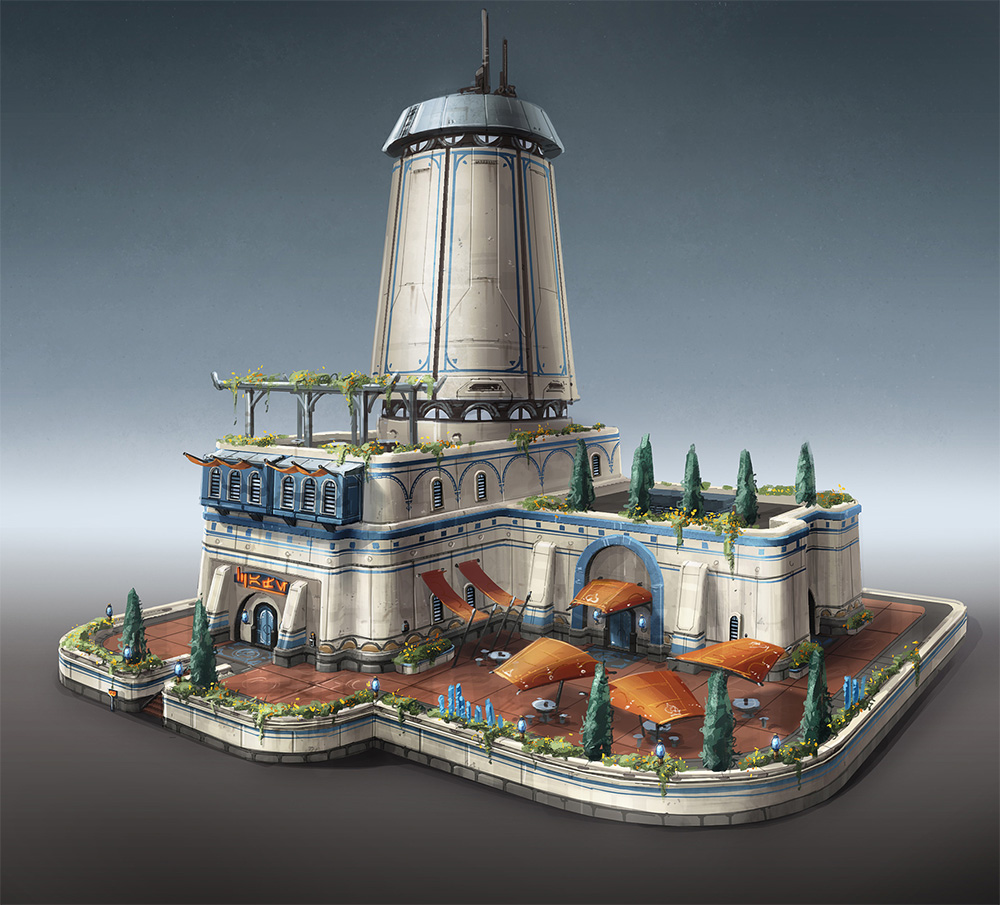 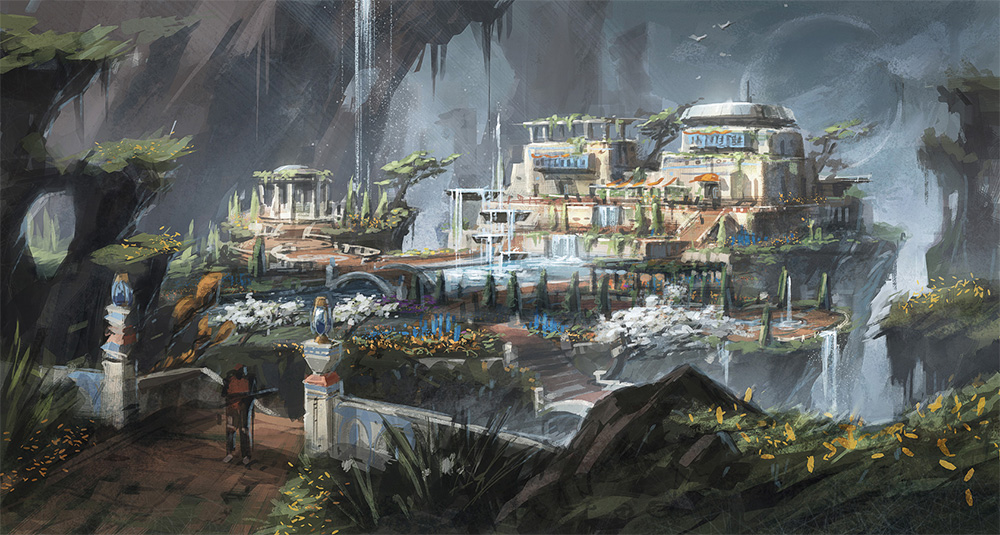 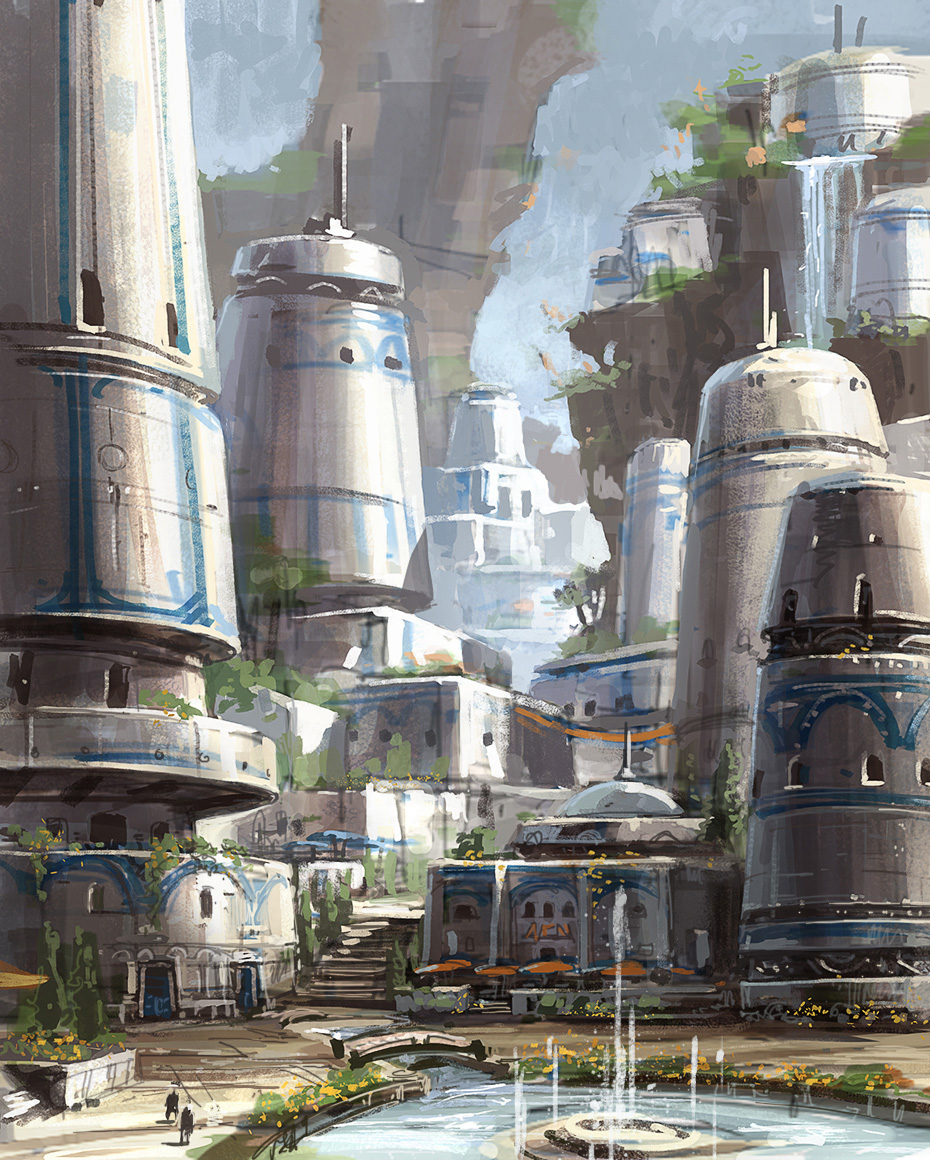