In the heart of the smuggler’s moon, the decadent Nar Shaddaa Sky Palace stronghold is the ultimate penthouse of SWTOR player housing. Don’t ever ask yourself “Is this too much?” – just add another Golden Hutt Statue to your cantina-inspired abode. The Sky Palace has a beautiful view of the red smog of Nar Shaddaa, as well as the various irreputable establishments down below.

This apartment features a very dingy tint from the red smog and pollution of Nar Shaddaa, and a view of many buildings covered in neon signs. The atmospheric sounds include a constant hum from many inter-planetary shuttles and taxis going by. In the sky you can occasionally see floating signs and party barges going by in the distance.

With you initial unlock you receive the taxi pad, the taxi entrance area, a connector room, two small doored rooms across from eachother, and access to the large ship hook off the floating palace (though not its hooks). 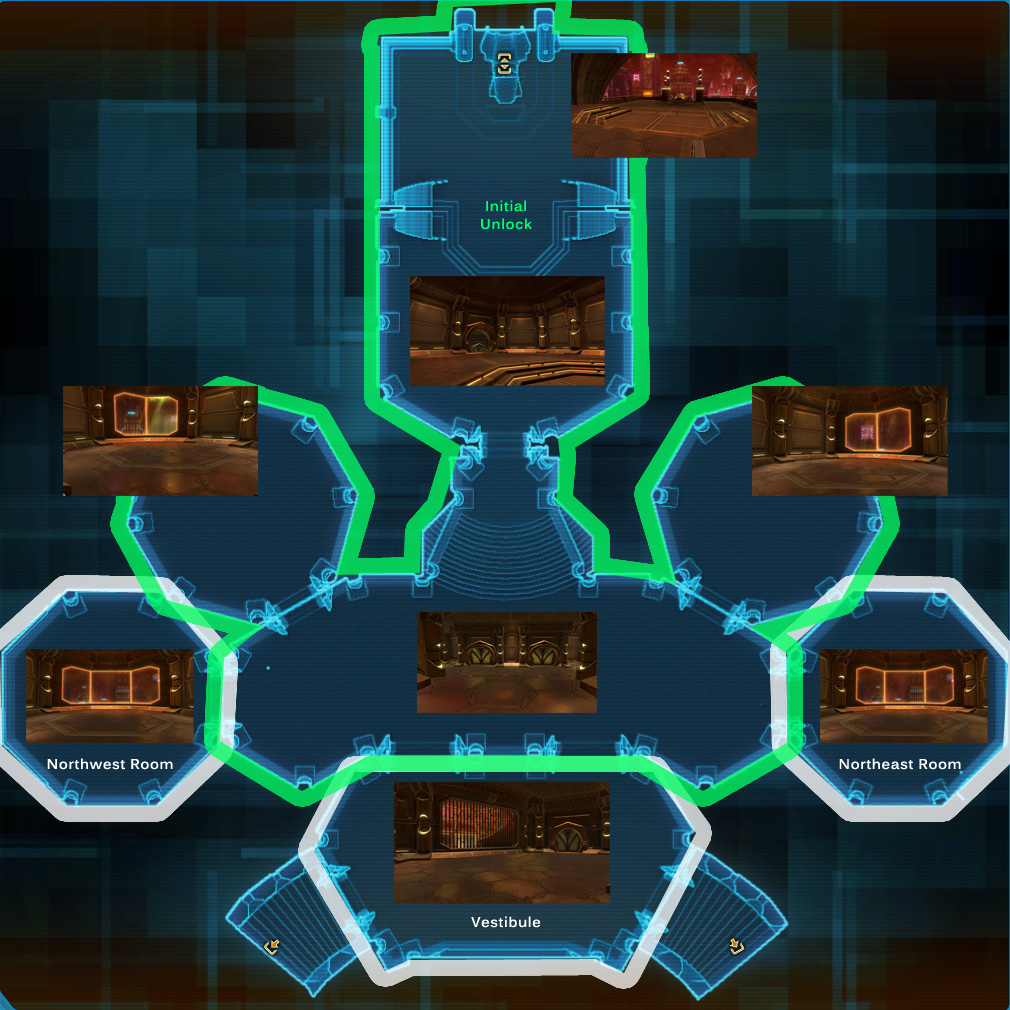 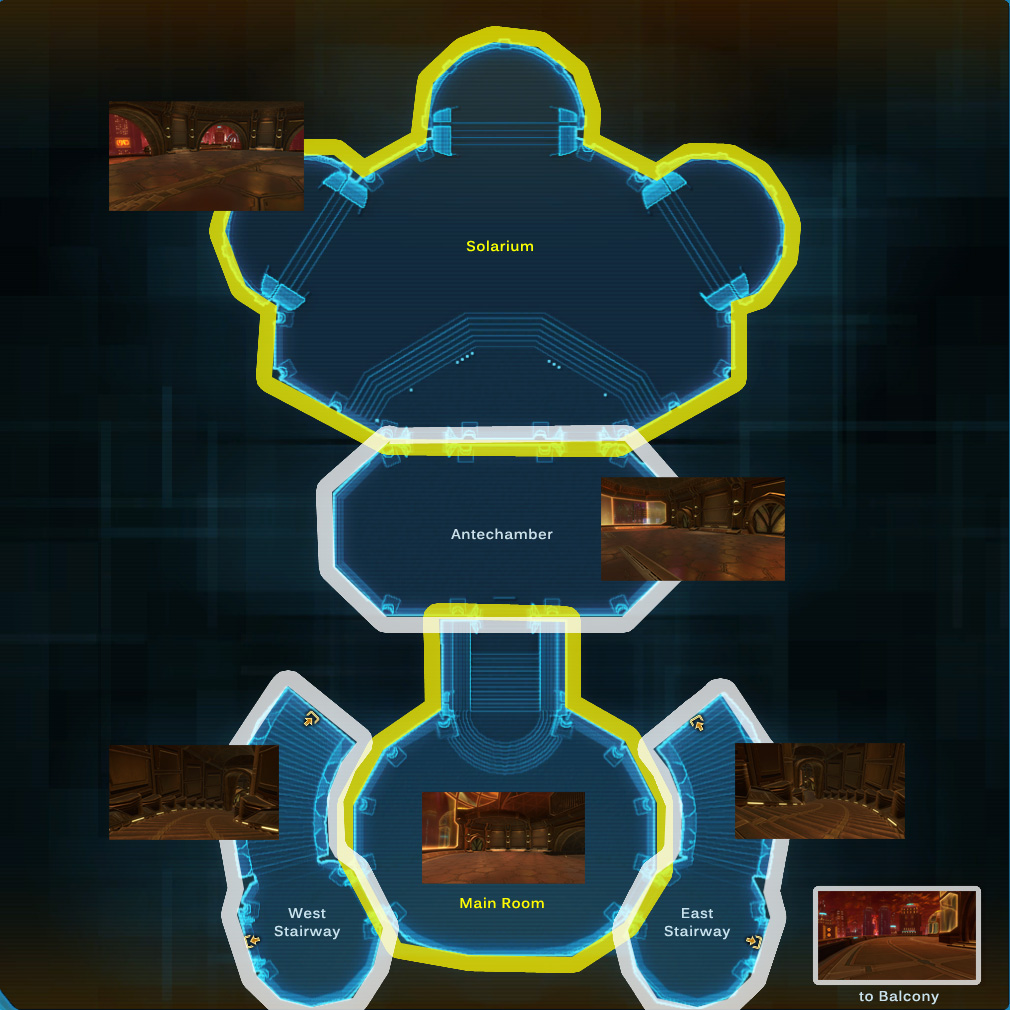 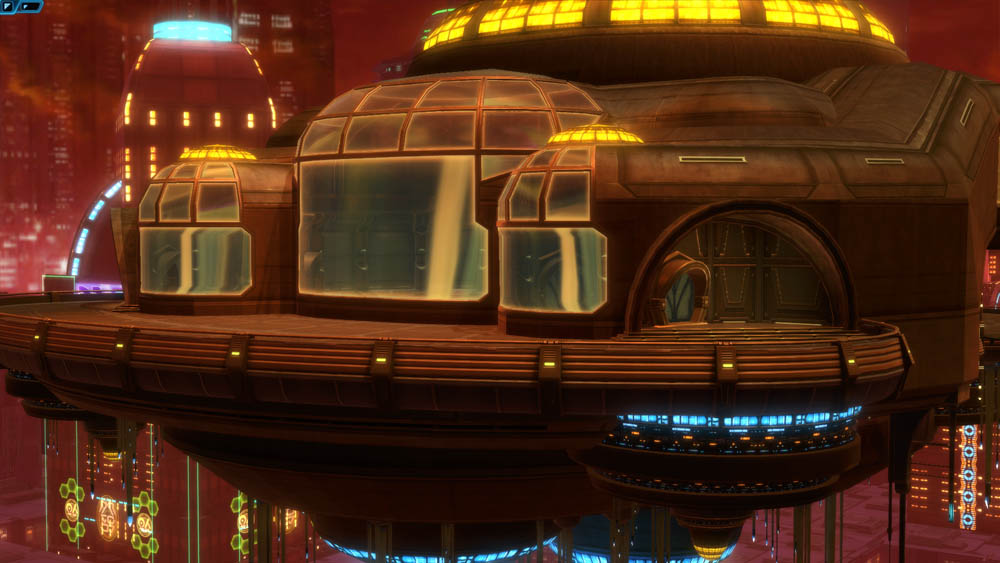 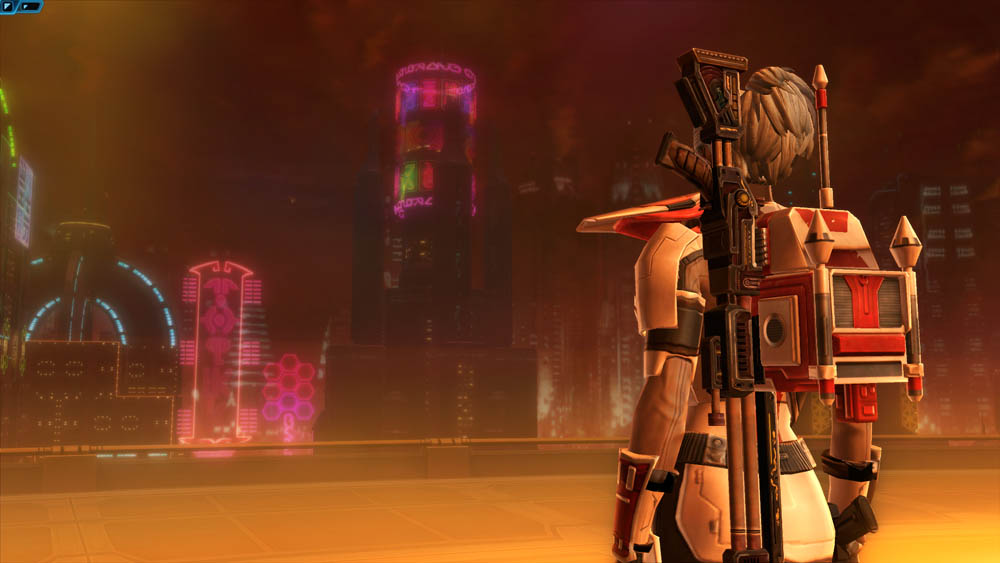 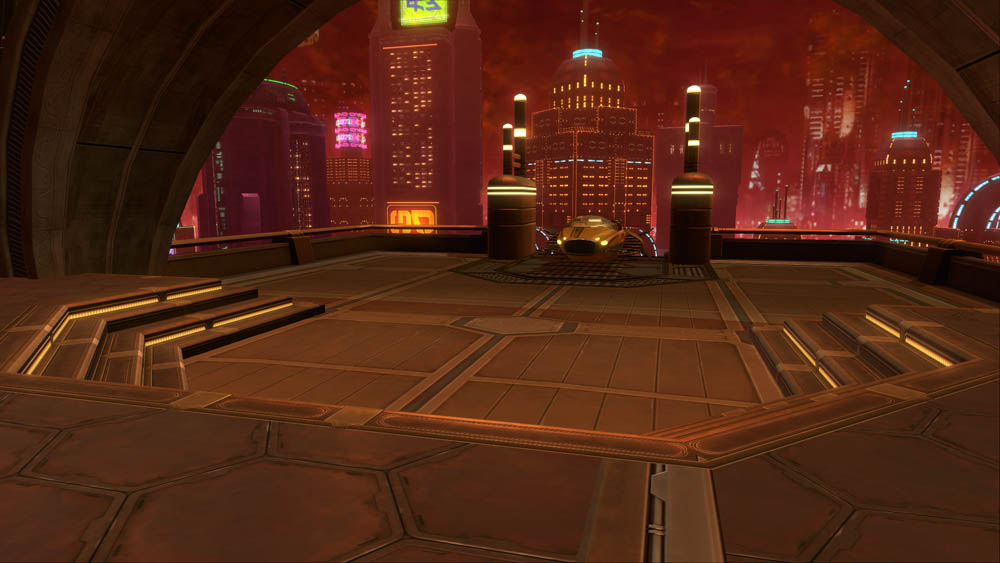 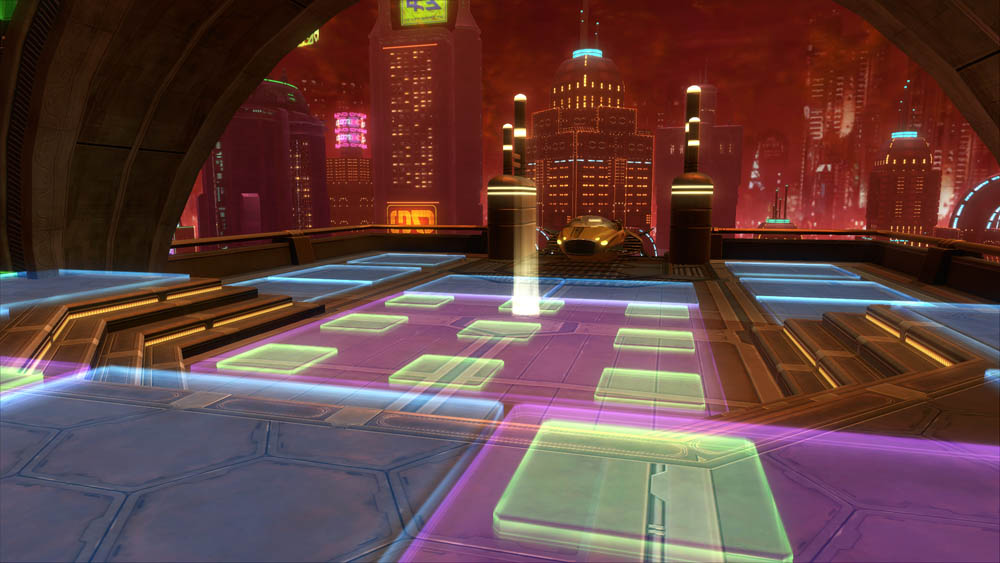 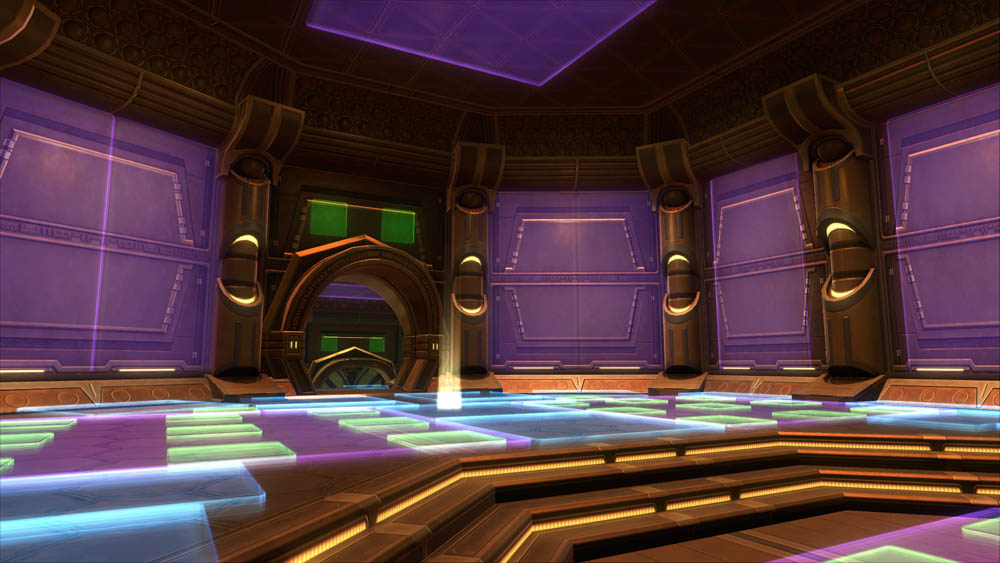 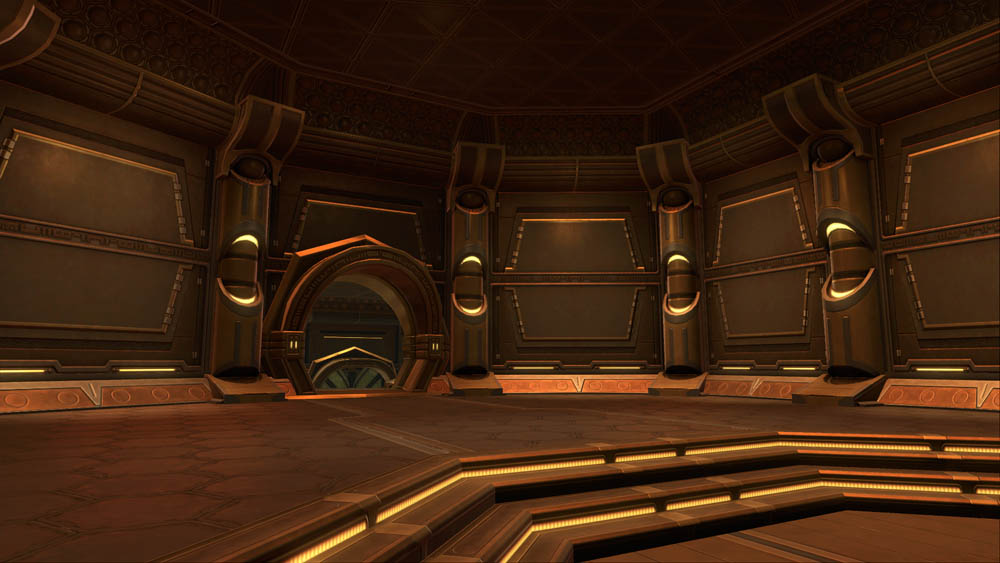 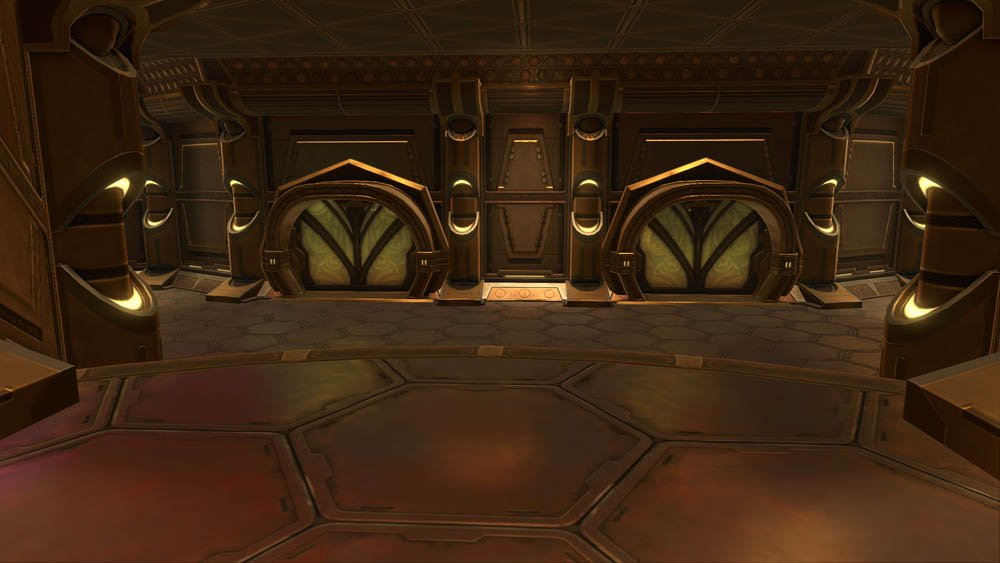 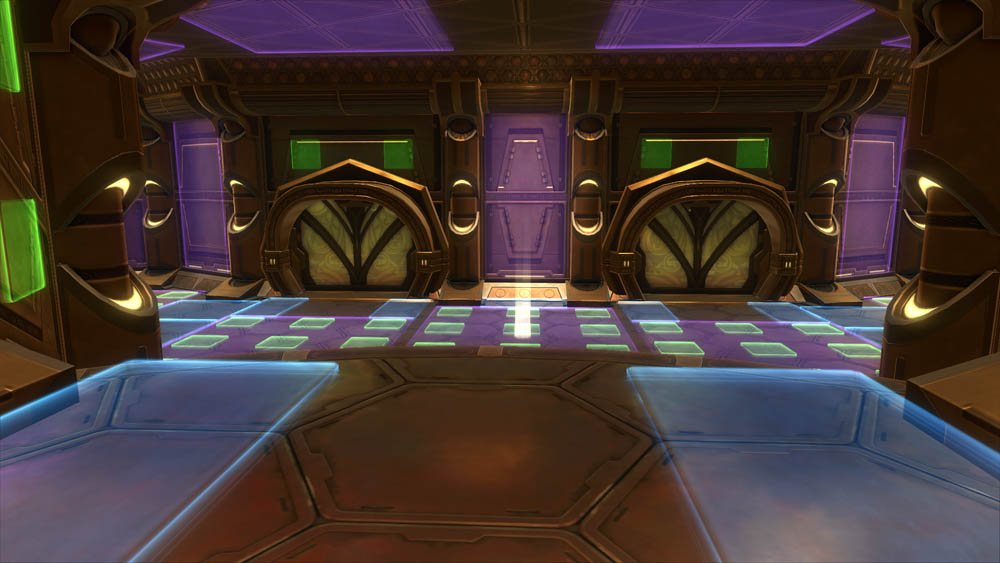 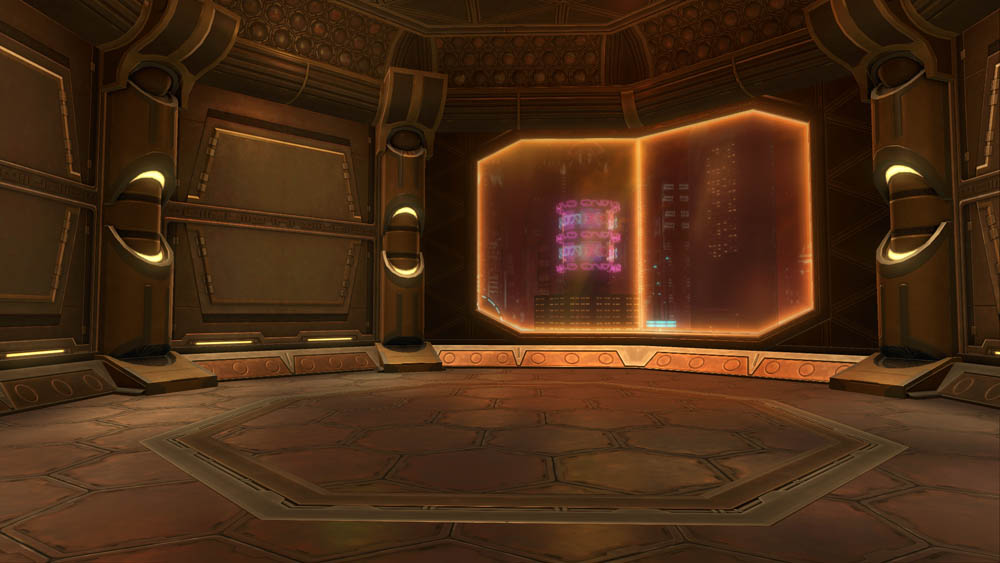 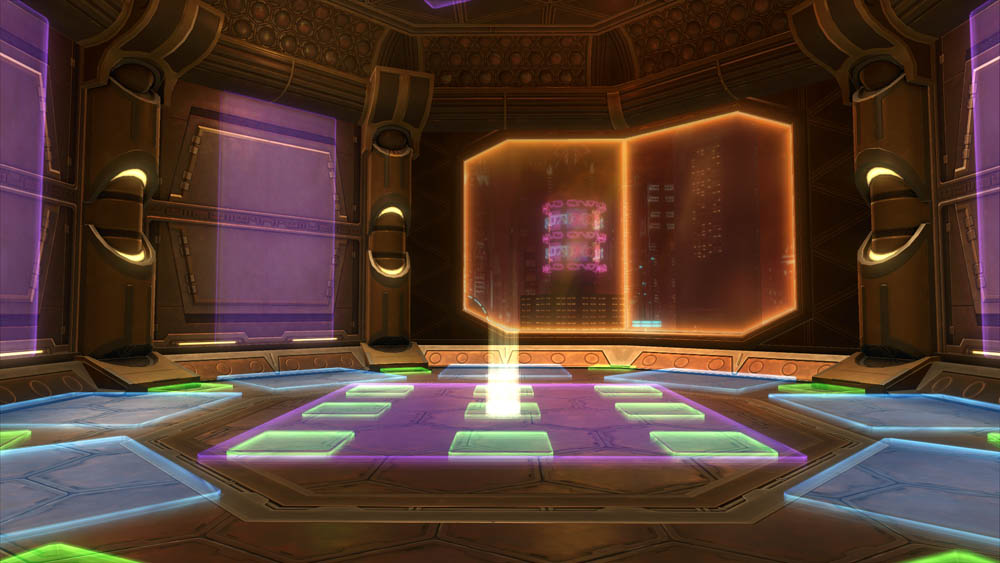 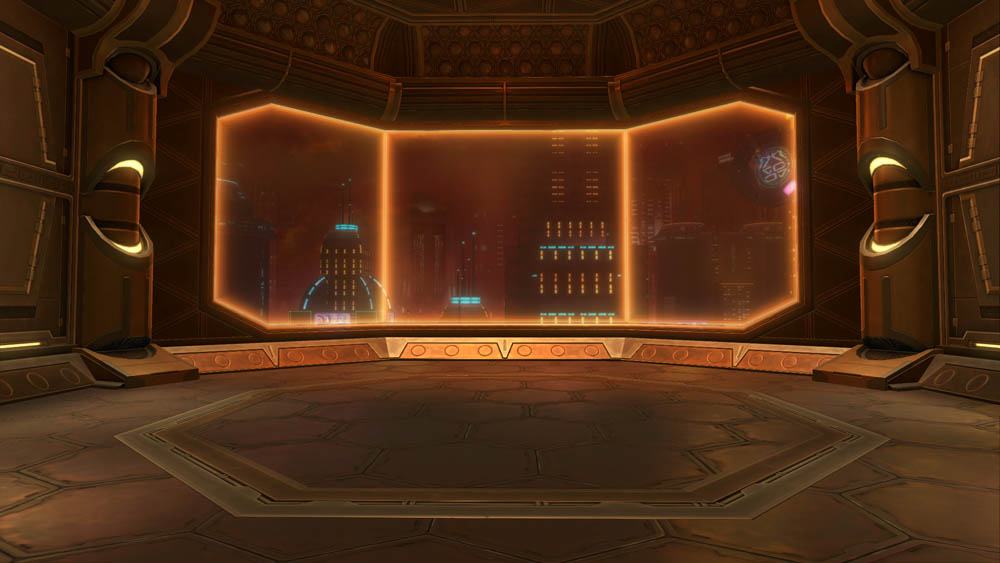 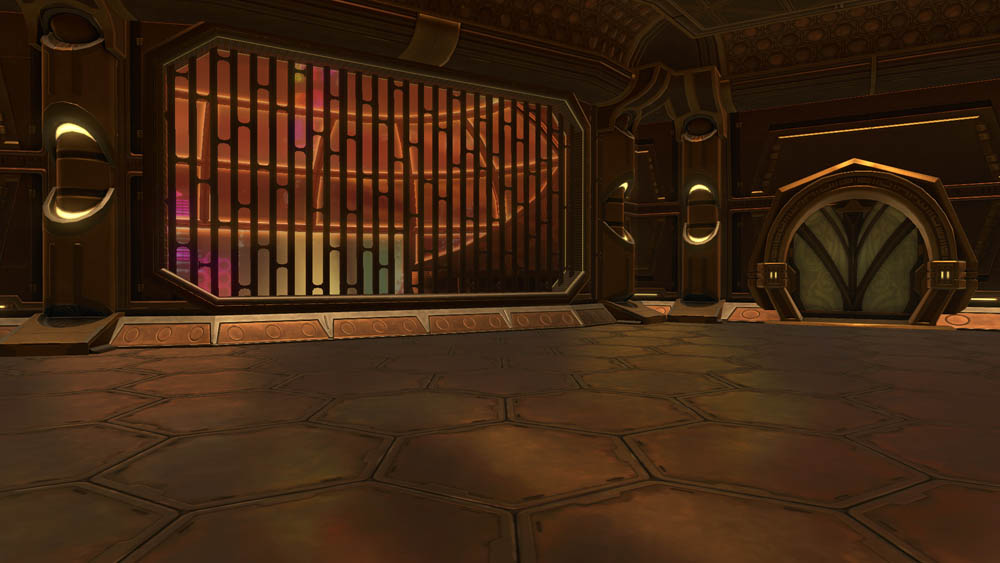 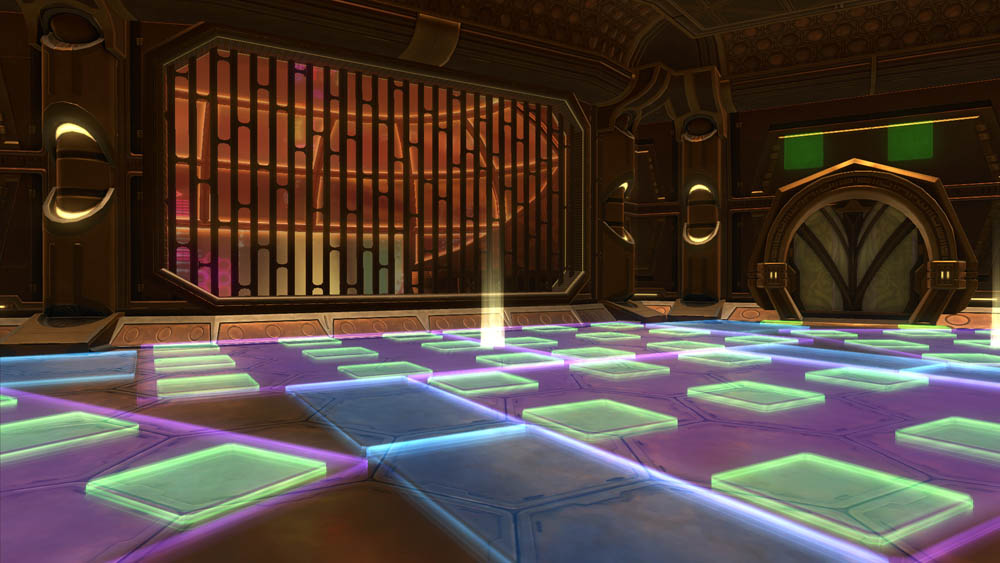 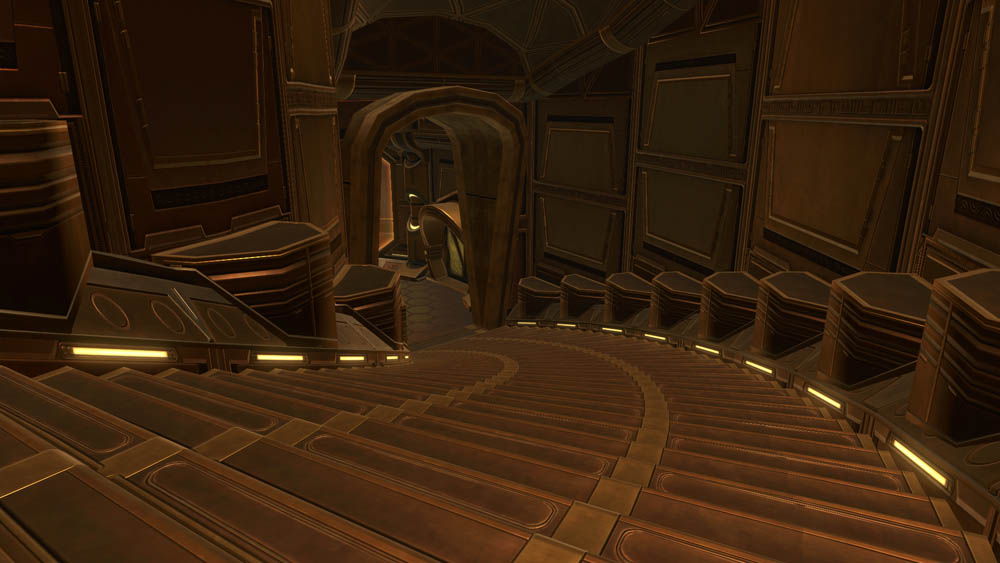 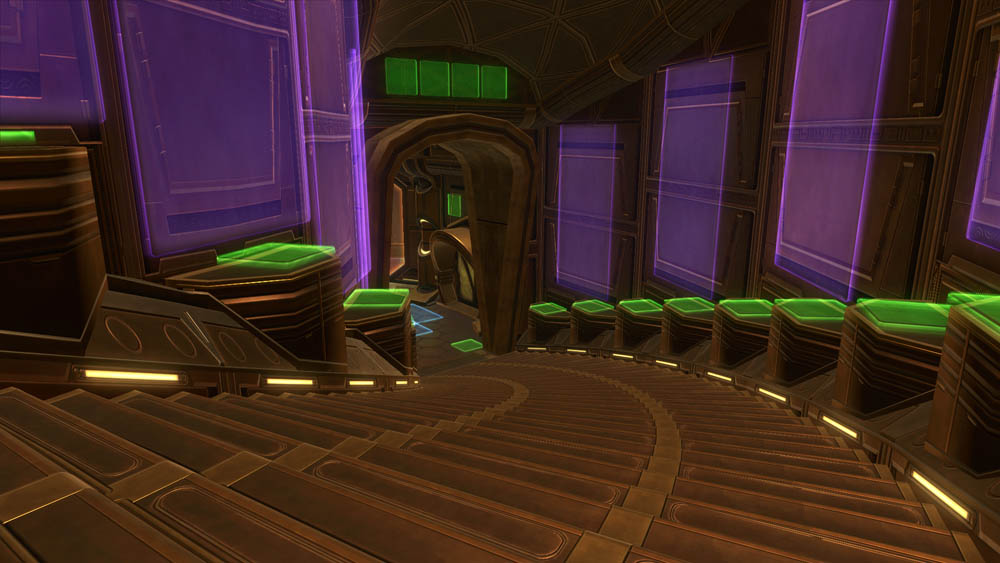 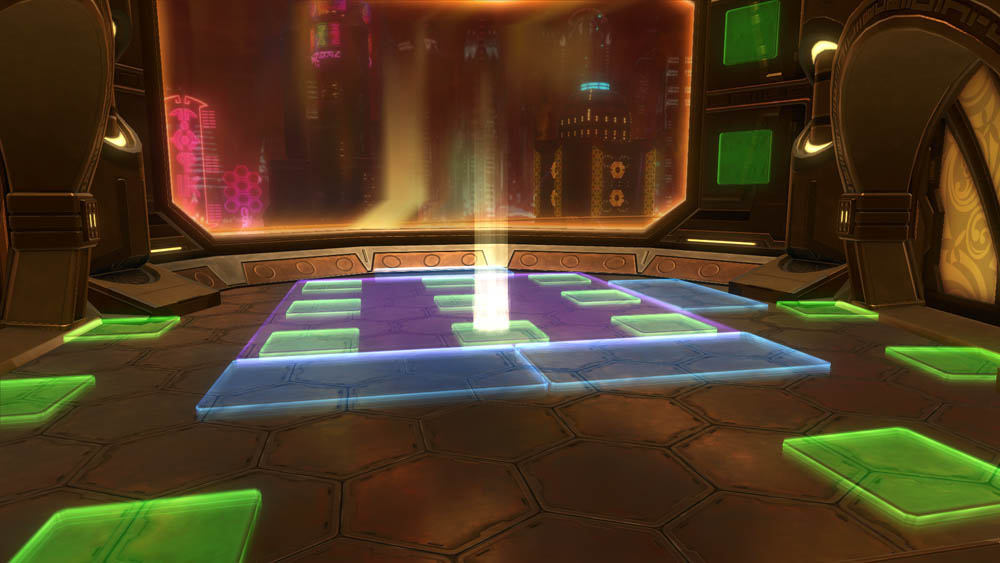 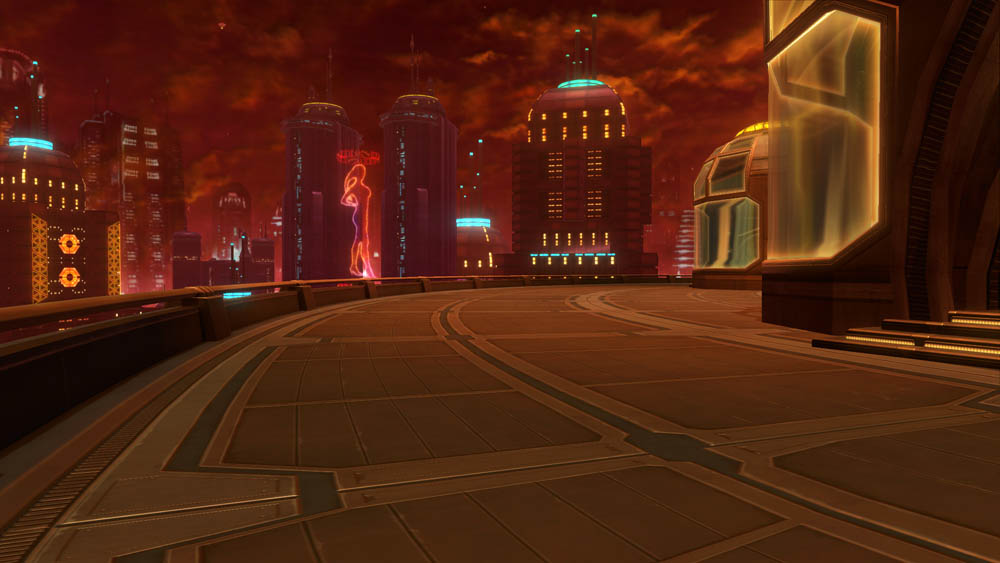 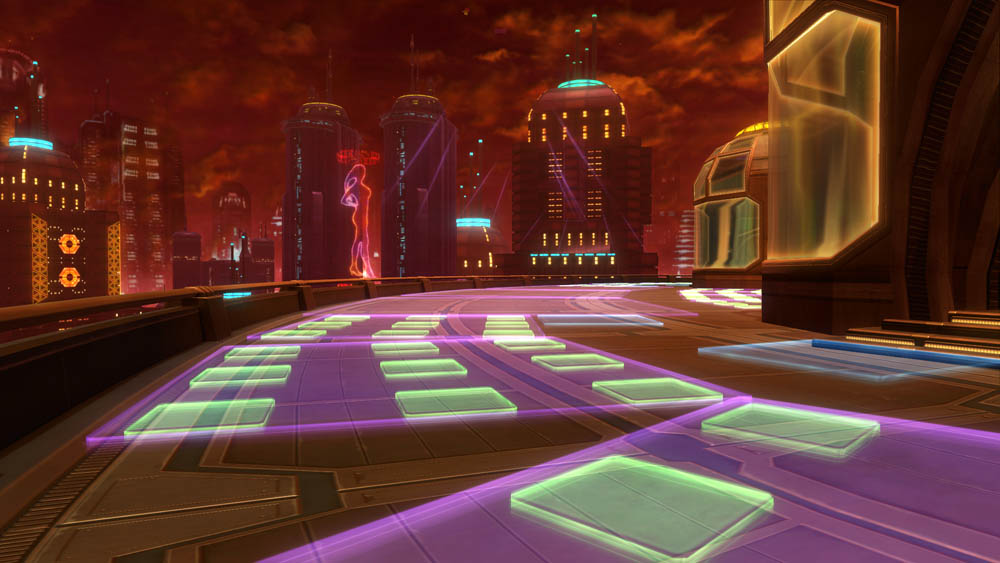 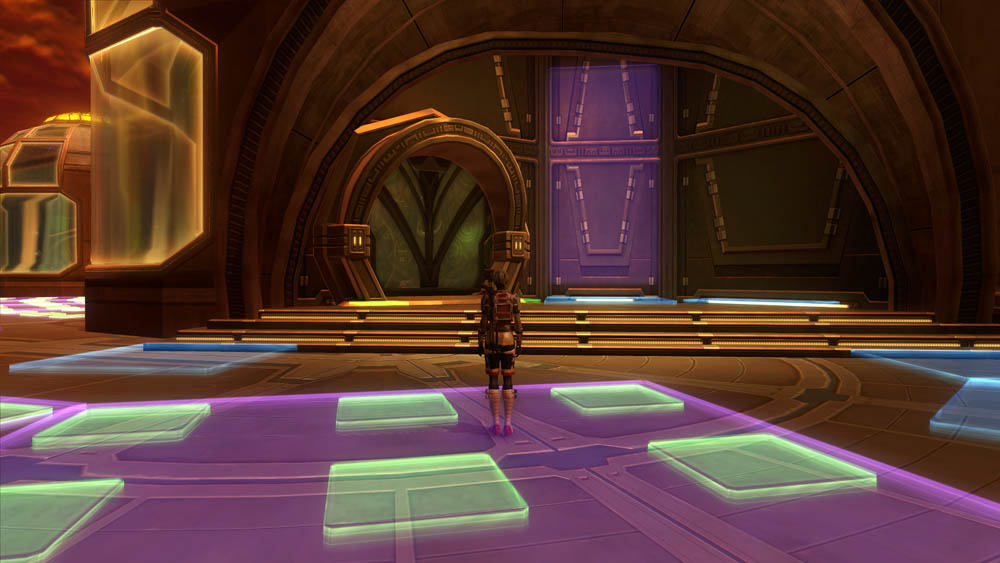 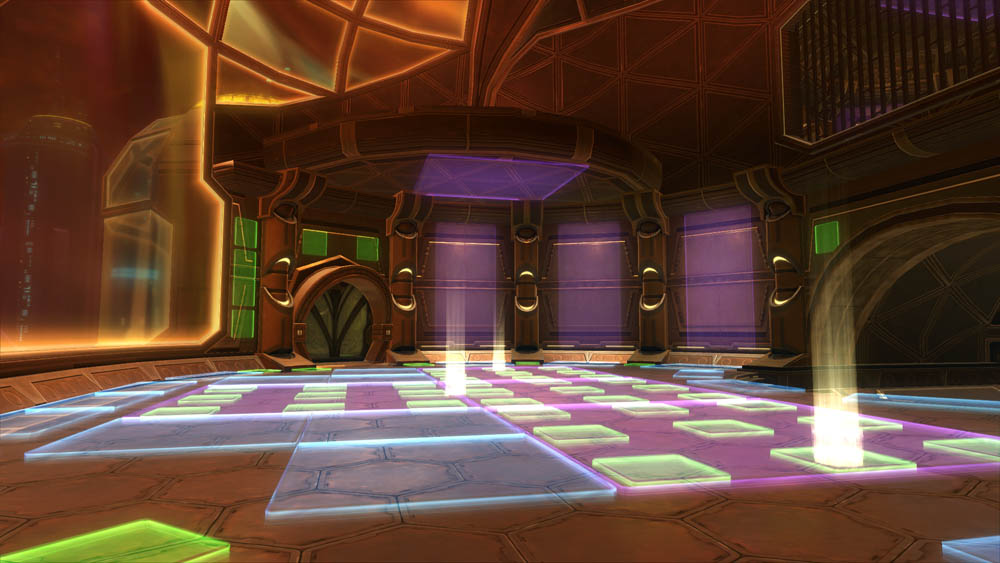 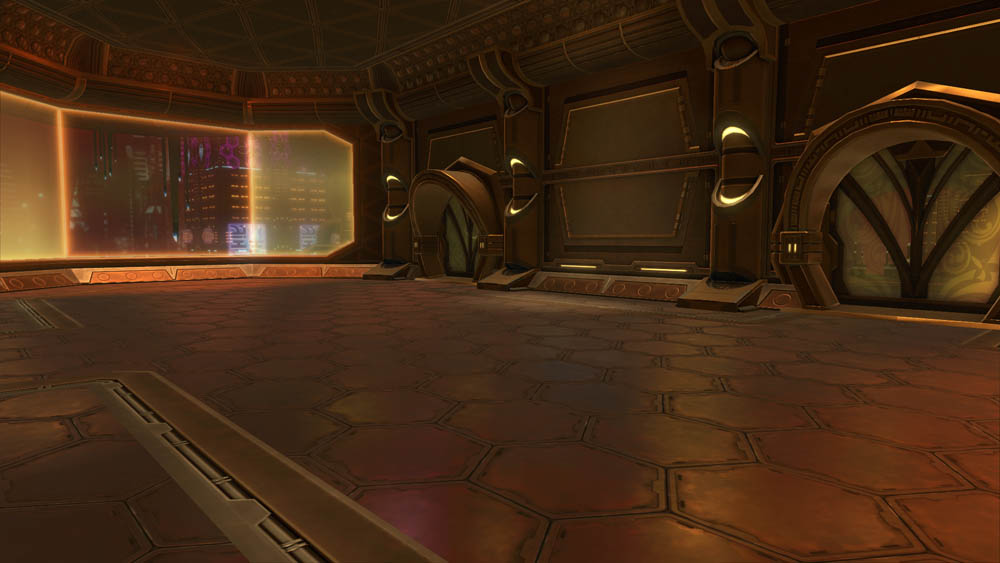 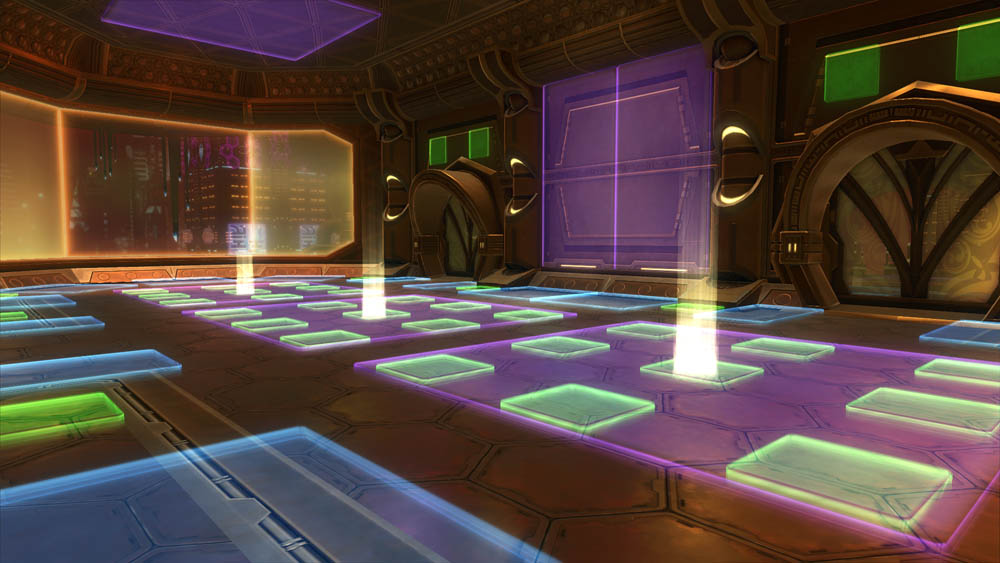 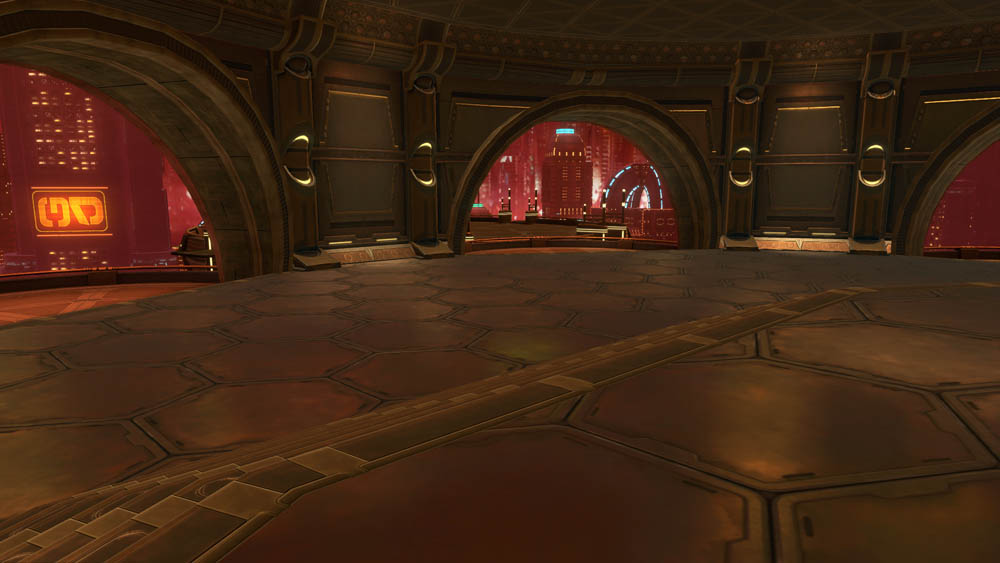 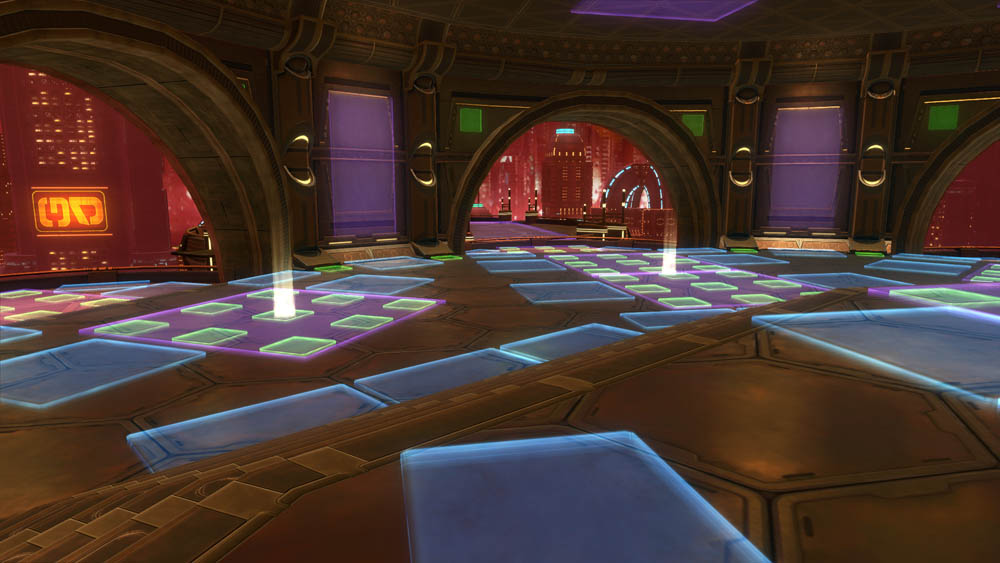 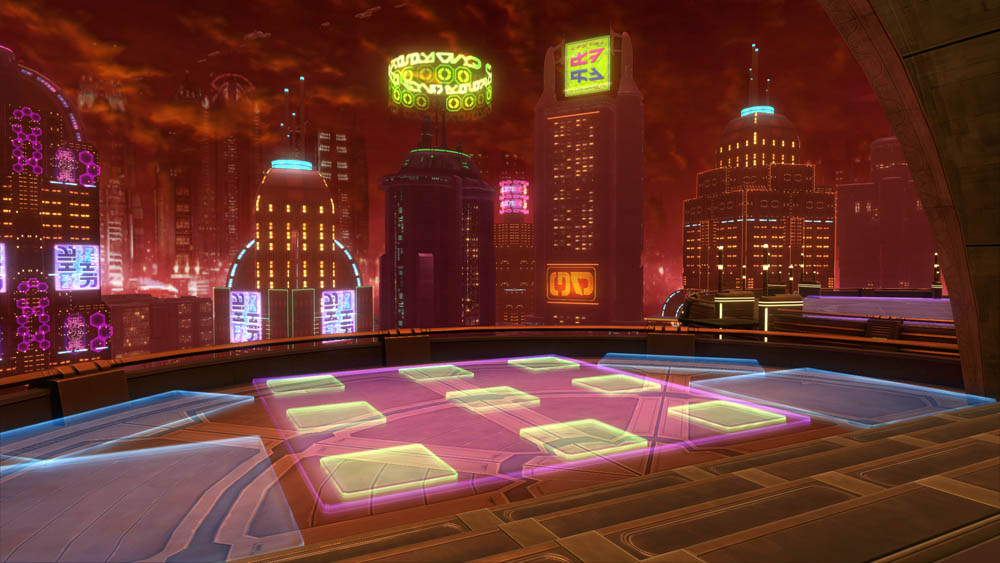 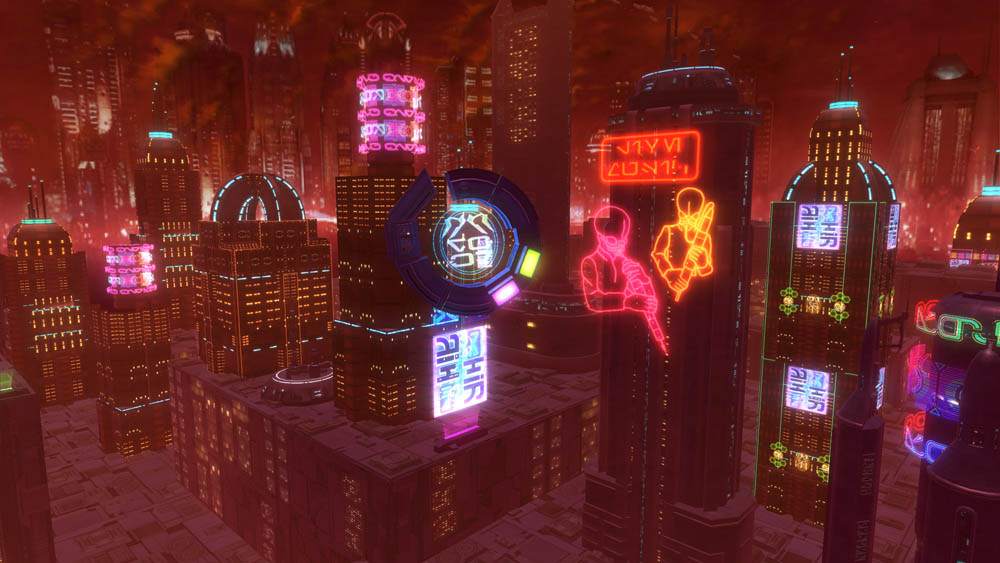 *** Please note I was unable to verify the unlocks of the “free” rooms in Nar Shaddaa as I unlocked them through subscriber benefits. This information was found on Dulfy.net. I suggest you check out her many SWTOR guides!