For a very long time, Rishi remained ignored and untouched on the fringes of the Outer Rim. Its dominant species–the intelligent, avian Rishii–lived a simple and mostly serene existence on the island-flecked world. But when a pirate craft crash-landed on Rishi more than a hundred years ago, all that changed. With its plentiful fossil fuel reserves and close proximity to a largely unexplored dwarf galaxy, this tropical pearl of a planet has since become a favorite hub for underworld types in search of riches, refuge from authorities or just a good time.

Rishi’s peaceful bird-like tribe culture is mixed with the pirate culture that has visited its balmy shores. 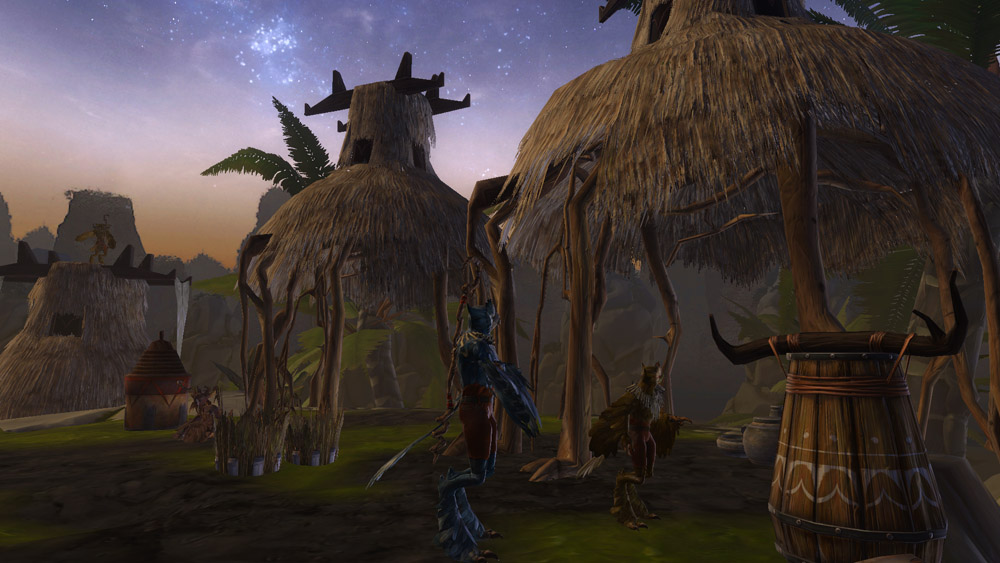 While highly intelligent, they prefer to apply their smarts to reflective and societal matters over technological advancement. Content to lead simple lives in villages set atop high mountain peaks and grow their population at a glacial pace, the Rishii have no reason to war amongst themselves, though their ability to defend themselves from predators make them skillful combatants.

You can even bring the Rishii themselves into your stronghold with a male and female NPC decoration. The most intricate decoration is the Rishi Hutt, a resting roost that can be placed on a centerpiece hook. 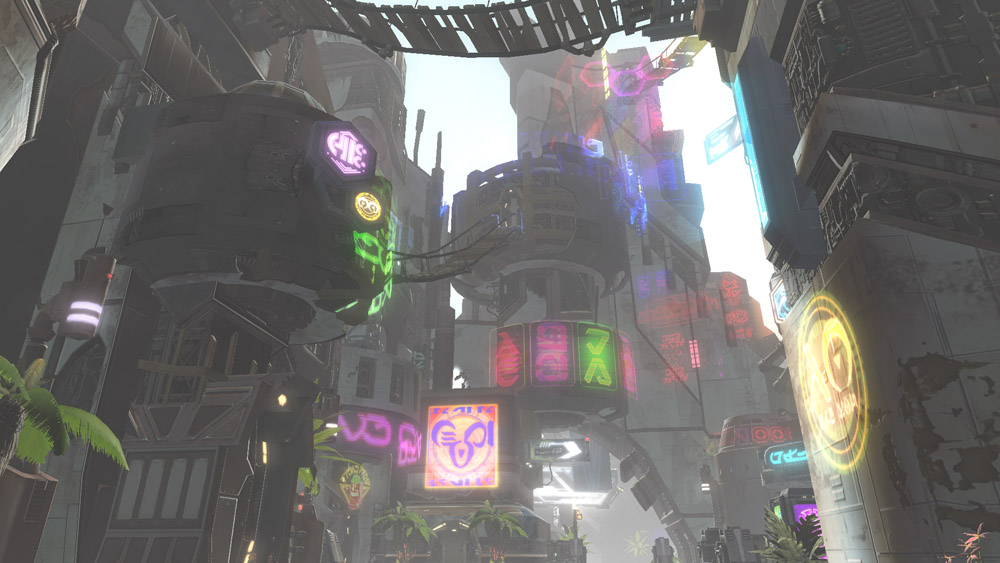 When the pirates came to Rishi they brought two things: their guns and their neon signs. View more holosigns here. 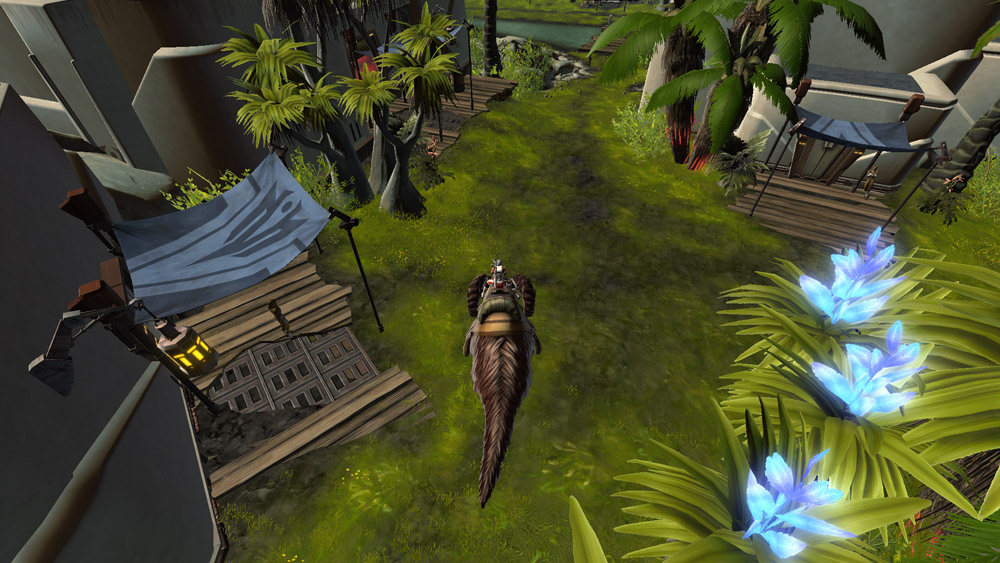 While exploring the planet of Rishi you’ll be pleased to find it has all the hallmarks of a tropical island, from palm trees to flowers.

A Tree of Paradise or Rakata Palm would also fit well in your tropical home, or check out the rest of the plants category.