You may have heard another play talking about “mirror classes”, “mirror combat styles”, “mirror disciplines” or just using the term “mirror” in general when talking about the game. In Star Wars: The Old Republic, when it comes to combat, the game was originally split into two faction – and each class, advanced class and discipline was a reflection of its counterpart on the other side – it would function the same in combat, but it would have different ability names, icons, and most importantly, different animations. 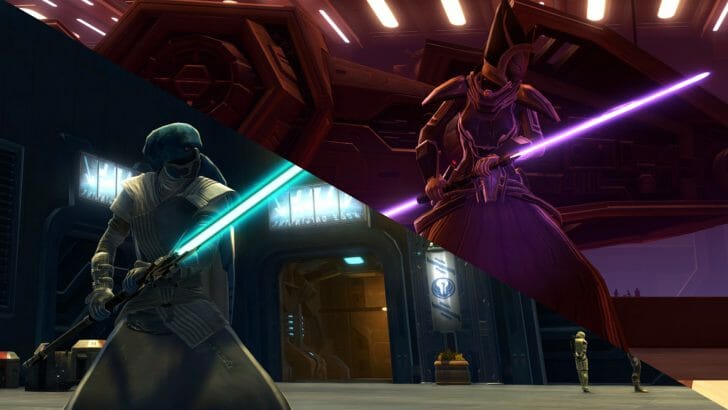 This meant that players who knew how to play a class on one faction could easily jump over the other faction and play their favorite mirrored counterpart, and all they’d have to do was first figured out which abilities corresponded to the ones they already knew. Mirror classes often can also share gear, which can make jumping between characters even easier.

After a recent expansion, Combat Styles, which used to be known as advanced classes, are now no longer so strongly tied to what you want to play for your story – for example, the Commando with its big gun, used to be exclusive to the Trooper story, but can now be played by Troopers, Bounty Hunters, Smugglers, and even Imperial Agents – but players still call two Combat Styles or Disciplines that play the same “mirror classes”. 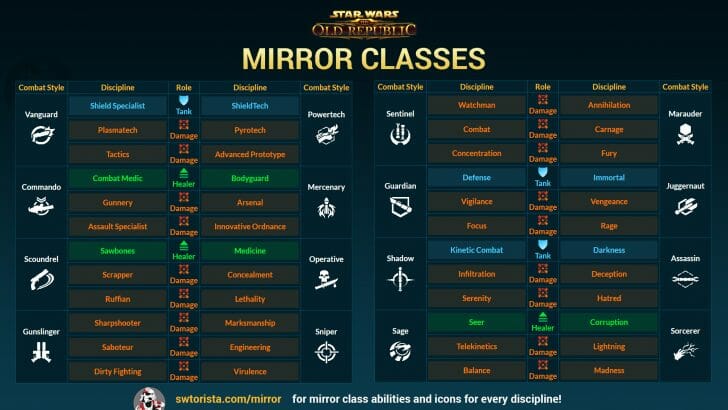 With the addition of a second Combat Style available for subscriber, players can even technically play their original Combat Style and its Mirror on the same character, and swap between the two with ease – a common example of this is players picking the Marauder and then picking the Sentinel, so they can have fun, and swap between having dark-side looking abilities to have light-side ones depending how they feel that day – you’d only really have to learn one, and then simply memorize the icons of the second.

Another really useful thing about Mirror Styles with a second Combat Style is that you could add a secondary Combat Style for a different role that you already know from the opposite faction, like a healer or a tank, to an existing character to make them more versatile, but you can still keep their ability set roleplay-friendly or have a different flavor by picking the mirror class instead. 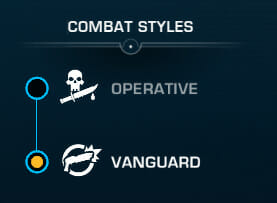 Skill & Gear: The most common use of playing a mirror class is if you have only one character so far that you’ve learned, but you want to play with friends on the opposite faction, you can catch up to their skill level very quickly if you make a mirror class – as you already know the abilities, and should be able to share at least some of your gear between those two characters, as all high-level gear is now legacy-bound and can be mailed back and forth or placed in the shared legacy bay.

Weapons: The big catch is if they don’t share weapons, you’ll need to get two sets – for example the Assassin and Shadow mirror Combat Styles both use a double-bladed lightsaber, so they can share – but the Mercenary and the Commando, who are also mirror, use double blaster pistols and an Assault Cannon – they can’t share. 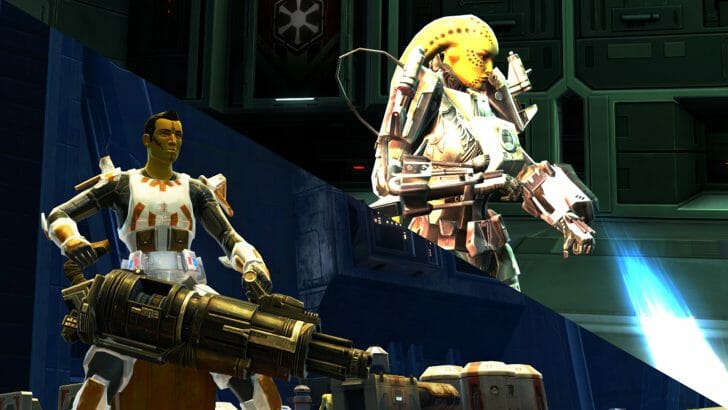 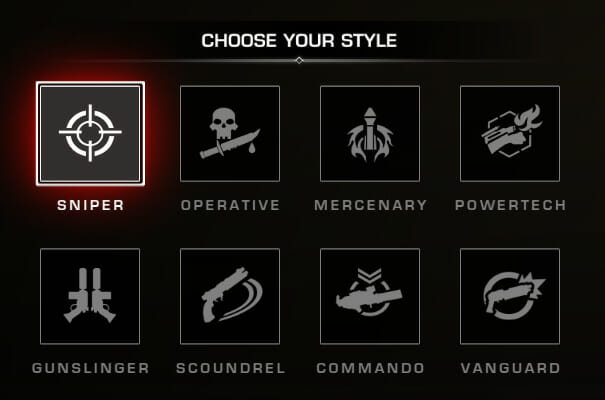 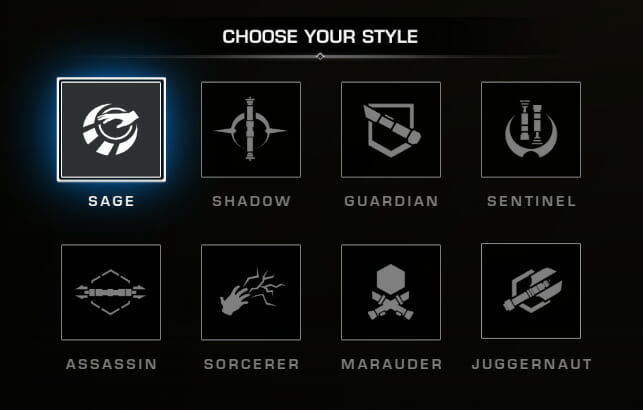 As long as you pick the right Combat Style for your mirror, you’re good to go, as changing your Discipline is easy to do in-game and isn’t permanent. Once you’ve created your character, you can press K on your keyboard to open the Discipline selection. You may need to wait until you’ve reached a rest area like a Cantina or the Fleet before you can switch if you don’t have the Field Respecialization unlock, which is available to experienced players in the Character Perks section of the Legacy window, which costs 200,000 credits and lets you change disciplines outside of a rest area as long as you aren’t in combat or in an instance.

Not sure which mirror discipline matches up with the one you already know how to play? Here’s a chart!

Learning to play your mirror class once you’ve created your character can be a bit tricky, because you still need to figure out which icons and abilities match the ones you already know.

If you want to learn your mirror discipline or combat style, I’ve got some great news – I’ve got a series of guides for all 48 disciplines that will show you the icons and names of each of your mirror abilities! View the Mirror Class Guides

Although Classes can no longer have Mirrors and are now called Origin Stories, players still often use the old Class terms when talking about mirrors for their Combat Styles – for example, I may say the Trooper Tank is the same as the Bounty Hunter tank, but what I mean is the Vanguard Tank is the same as the Powertech tank – it’s just leftover from when combat was split up by faction.