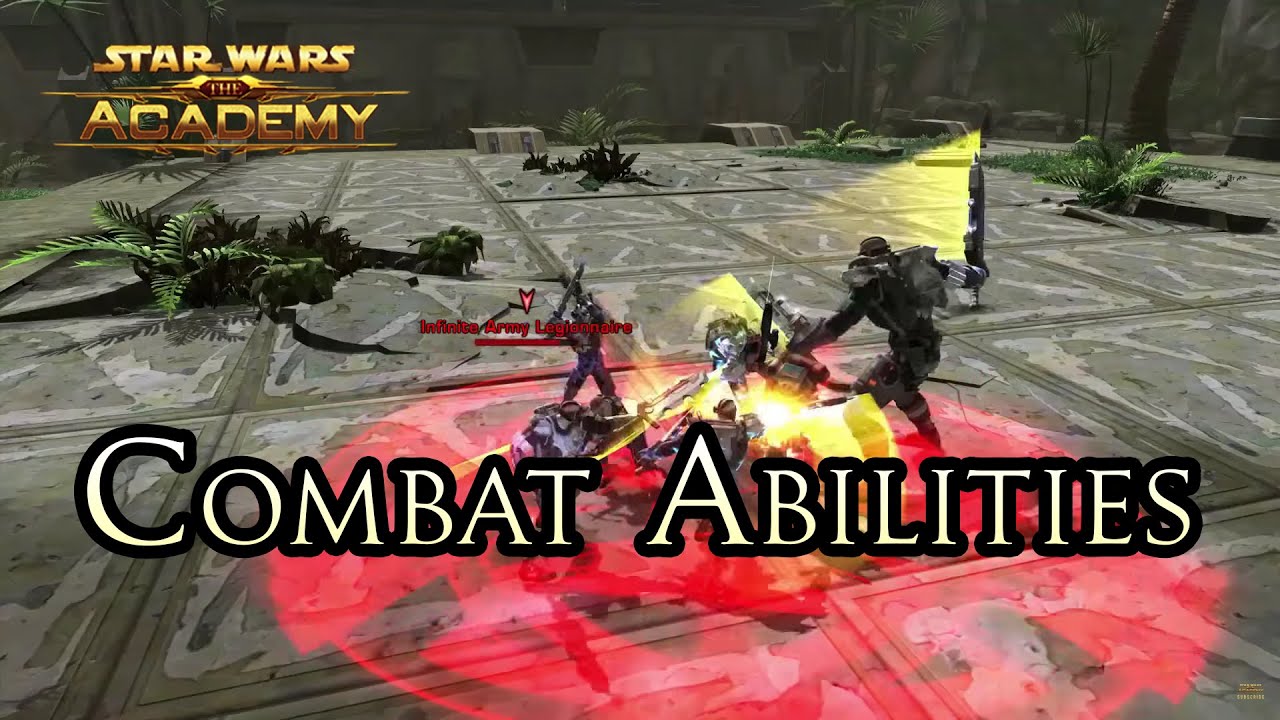 – Two ways to activate them: click or keybinds
– Top players keybind, you can click or keybind
– Keybind emergency abilities for quick use
– (ESC, preferences, key bindings at bottom, quickbar)
– Most abilities are part of the Global Cool Down. That means you can not use another ability until the the last one’s cool down has worn off.
– Many abilities have a specific cooldown,
– 10s or 2 mins. Others only GCD
– careful when using them

– Some abilities single-target, others are for groups – known as an A-O-E
– AOE hits everything in the targetting circle
– enemy and your own, stay out of bad circles
– Some casted, others immediate.
– Some casted abilities break on movement, so stand still

– Many different types. Some pure damage, some help you do more damage with another ability. Defensive, Healing, or Support

– DPS characters do damage – they use their damaging-making abilities to hurt their enemies
– Your “Rotation” is using your abilities in a pattern that does the most damage
– Example use an ability that enhances one of your heavy hitters first to make it stronger
– Check dulfy.net or SWTOR forums for rotation guides for combat proficiency
– Some abilities do damage immediately, others D-O-T
– When an ability “procs” it becomes stronger – the icon glows. Usually a good time to use it.

– Healers heal themselves and the group.
– Single, group
– immediate or H-O-T-S

– Tanks use a rotation like DPS, but focus on gaining “threat” instead of damage
– Threat keeps the boss focused on the tank
– Taunts grow it, so do certain abilities. All tanks have single and A-O-E taunt.
– Tanks also have guards, reduce other players incoming damage and their threat

– Many classes share similar abilities by the time they hit max-level, they have different names and animations but similar effects
– Go through your abilities list carefully. See watcha got!

– Your biggest asset will be knowing exactly what your abilities do, knowing where they are, and reacting to certain situations with the right ability.
– If you know an enemy is about to hit you hard with a casted ability, try using your interrupt to stop it! If it’s uninterruptible, it might be a good time to pop a shield. Lots of enemies around? Use your AOE abilities! Only one enemy? Stick to your single-target DPS abilities.
– The more familiar you are with your abilities the better you will do, and the more tools you’ll have at your disposal.