Are you working on Galactic Seasons in SWTOR? Season 3 has an objective called Integrity of the G.A.M.E. that asks you to catch ten cheating gamblers.

You will need to have earned PH4-LNX first before you can work on this objective!

How to Catch Cheaters 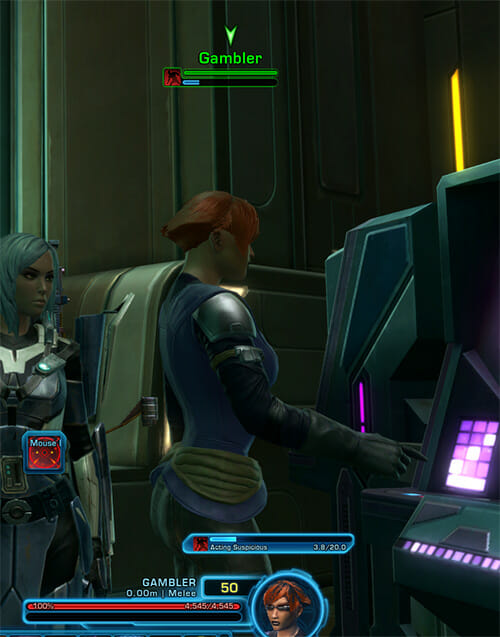 Your goal is to find 10 cheating gamblers total – when you catch a gambler, they will be locked away in shackles and disappear. There may be more gamblers in your Cantina if you look around. The gamblers respawn about 3 minutes after they are caught. You can wait around for the ones in your Cantina to respawn, or try changing instances, or try Cantina hopping as there are over sixty hidden across the galaxy!