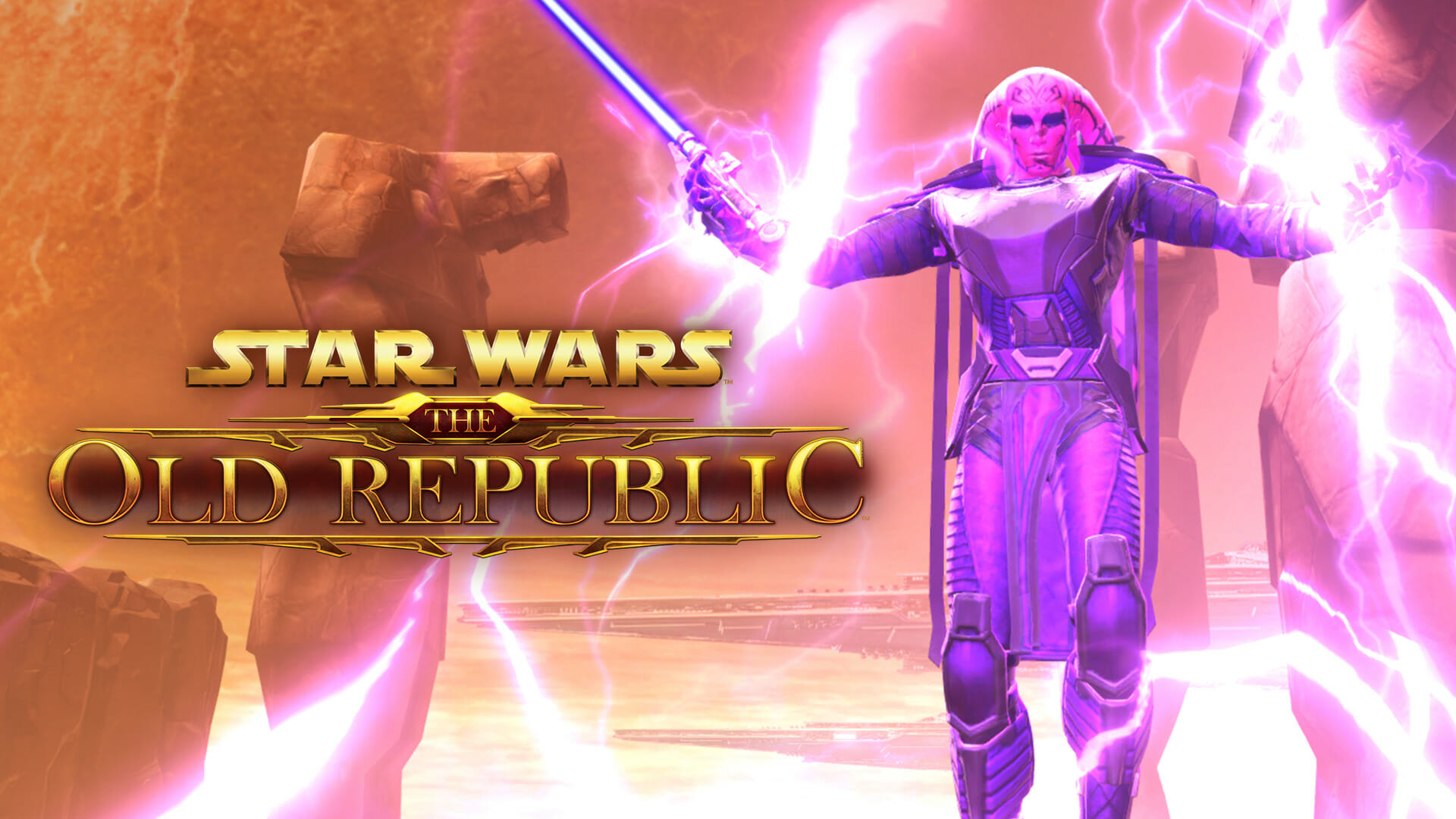 The Dark Side holds dangerous secrets – and immense power for those who dare to uncover them. The Sorcerer reaches into the darkest corners of the Force to harness volatile energies that can wreak devastation on their enemies, and the air around a Lightning Sorcerer crackles with dark energy.

In this guide we’ll be going over how to play a Sith Inquisitor Lightning Sorcerer including when and how each ability should be used, tips and tricks, how to be a great sorc in group content, and some basics about gearing up.

The Lightning Sorcerer Sith Inquisitor’s role is to electrocute their enemies with a powerful combination of Sith lightning attacks and insidious afflictions. As a DPS, the Lightning Sorc will want to focus on casting their abilities at an incredible speed by chaining their lightning attacks in a way that causes them to cast immediately and by taking advantage of their alacrity-increasing Polarity Shift buff. 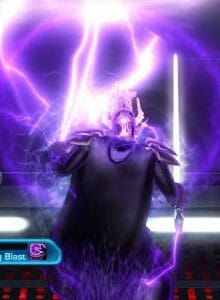 Your master Lightning sorc for this guide is Sion. Click here to view Sion’s version of their Lightning guide. If you have questions, you can contact them on discord – but please make sure to read this guide and their own guide in full first! 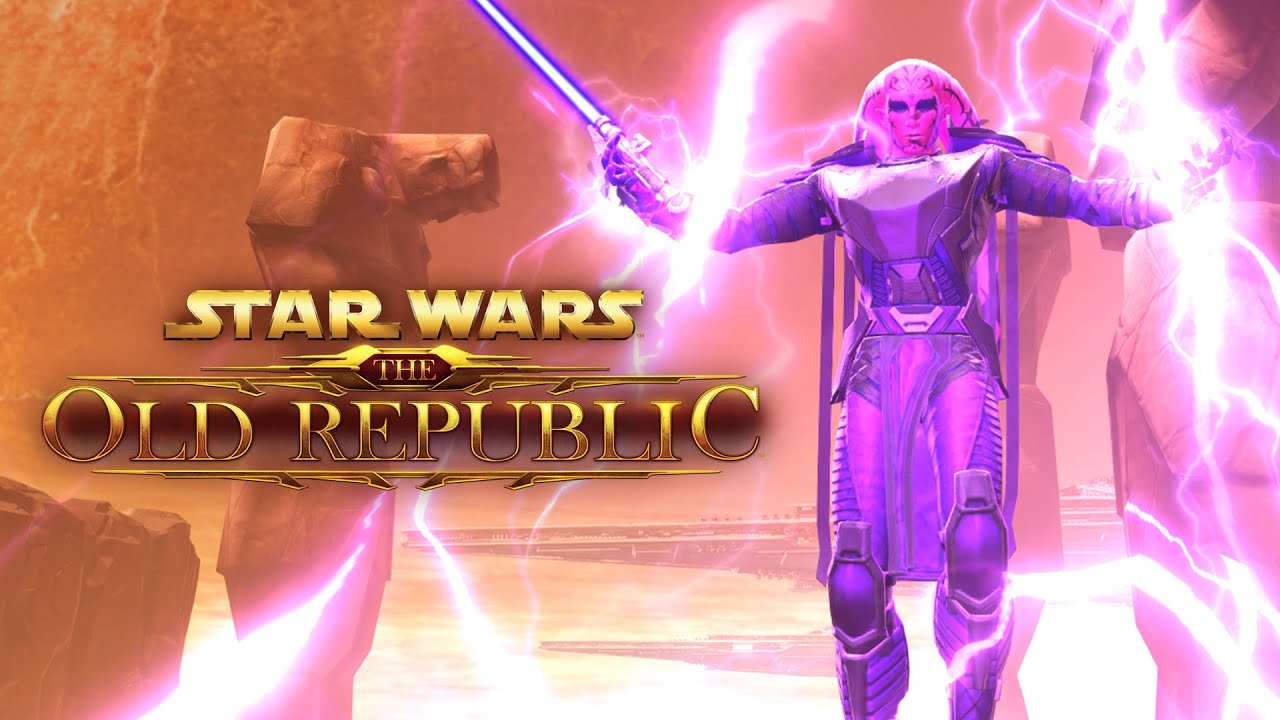 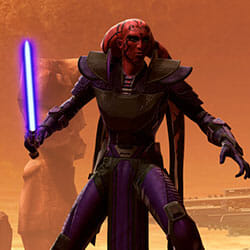 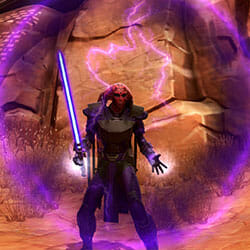 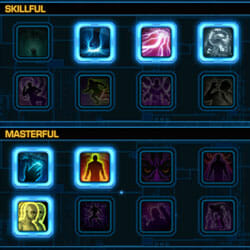 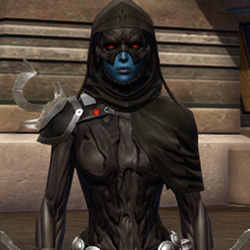 The Lightning Sorc’s abilities focus around the use of Force Lightning to do damage to their enemies, but they also have some useful defensive and mechanical abilities.

The Lightning Sorcerer’s job in a fight is mostly to do as much damage as possible, so a majority of their abilities involve dishing out lightning damage, but they do have a lot of useful abilities they can use to stay alive longer and to help their teammates in a group fight.

Let’s start by going over the lightning sorc’s mechanical abilities.

The lightning sorcerer also has some nice defensive tricks up their sleeve.

The lightning sorc also has some abilities that help buff their damage abilities.

Using your abilities efficiently can help you survive longer, do more damage and gain more threat. This efficiency is gained by using abilities in an order that causes them to amplify each other. This order is sometimes called a rotation or a priority system – what abilities take priority over others.

Your opener is the ideal set of abilities you will use in order as a Lightning sorc during the beginning of a fight to do the most damage, and to set up your success for the rest of the fight.

Your single-target rotation / priority system is a list of abilities you should use after your opener, and for the rest of the fight. These abilities shouldn’t be used one after another – instead, abilities higher up the list take priority over those at the bottom.

Funnily enough, at high levels, the Lightning Sorcerer doesn’t really need to use the Force Lightning ability they get around level 2 as they end up having so many other better lightning abilities available.

There are some other abilities you’ll want to keep in mind while dealing out damage.

There are a few ways of going about this depending on the priority of the group of adds that are being killed. However, regardless of the scenario you want to prioritize Chain Lightning and Force Storm. If they will die pretty quickly this is all you want to do. If there is a higher health add in among lower health ones, then you can throw in Affliction and Thundering Blast and then continue with Chain Lightning and Force Storm.

For area-of-affect where there are 2 targets that you are cleaving between, maintain Affliction on both, maintain force damage debuff on both, and use Lightning Flash on the target with crushing Darkness on it. If attempting to burn your targets evenly, hard cast Chain Lightning into Thundering Blast and a procced Chain Lightning. You can swap targets every Thundering Blast to keep the damage even. If prioritizing one target and simply cleaving onto the other, focus all of your single target abilities onto the primary target.

As far as hard casting Chain Lightning is concerned, if it will hit 2 or more targets, it is a damage gain, so don’t hesitate to do it.

Part of the skill  in Lightning is being able to maintain alacrity buffed Affliction on multiple targets throughout a fight. Traditionally this has been done by alternating Crushing Darkness and Chain Lightning between targets to maintain the dot while not wasting GCDs manually reapplying Affliction.

Utilities are a series of abilities that you can choose from for your Advanced Class. On the list below, these utilities have been rated for their use in difficult boss fights in Operations, the most difficult group content in the game. However, if you are playing solo, playing less difficult content, or PvPing, you’ll want to read the descriptions of the utilities carefully and instead either choose ones that sound fun, or choose ones that seem useful for the type of content you like to play. For example, there’s some fun utilities like Backlash that make your static barrier shield explode, or Enfeebling Strike which replaces your basic lightsaber attack – both of these are fun changes to your abilities, and while neither are good for Operations or other difficult content, they could be fun for running Heroics.

These are the utilities I’d recommend taking in to Flashpoints and Operations. They’re the most generally useful, focusing on fortifying your defenses to keep you alive. 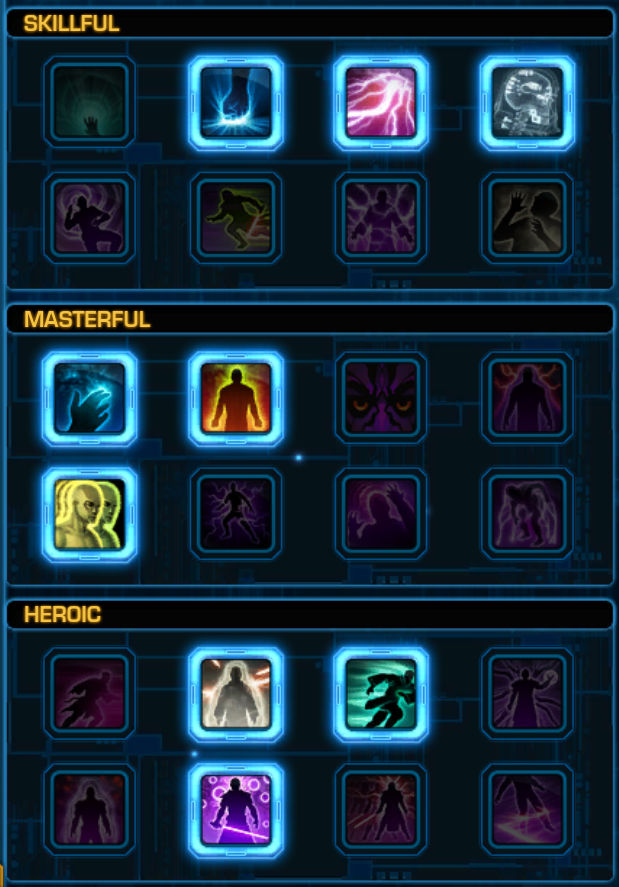 If you’re finding you’re not dying a lot while exploring the open world or leveling, try these out. This “for fun” build has less of a focus on defensives, and takes advantage of the ability to stun weaker enemies. You also get a new ability called Enfeebling Strike that lets you use your lightsaber attack to immobilize enemies that are too close. Make sure to also use your Static Barrier on yourself often with this build – fun things happen while you are attacked and after your barrier ends. 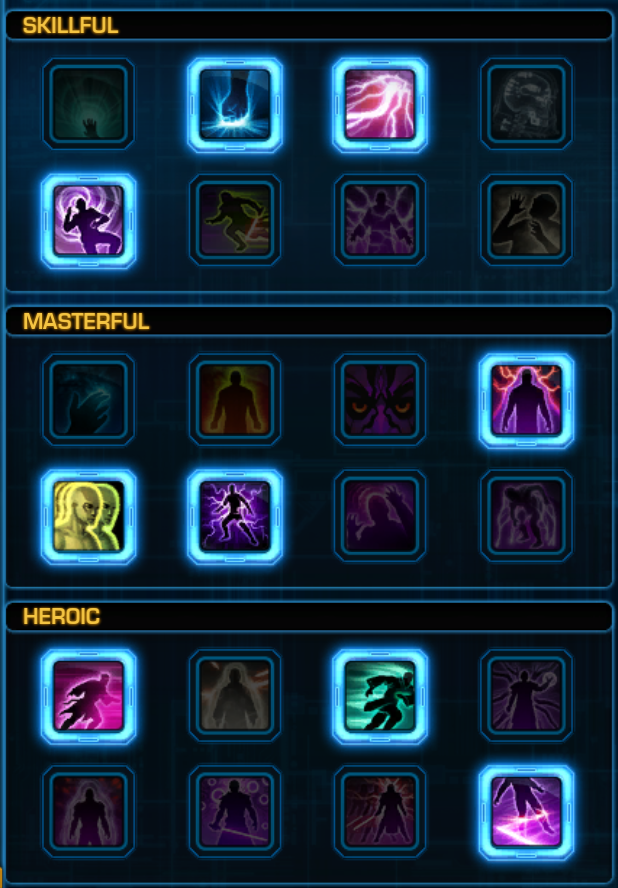 Although the Sith Inquisitor is a master of the Force and doesn’t need a weapon or armor to shoot lightning from their fingertips, you can upgrade your gear’s stats to do more damage and use Tactical Items and Set Bonuses to change the way your normal abilities work. 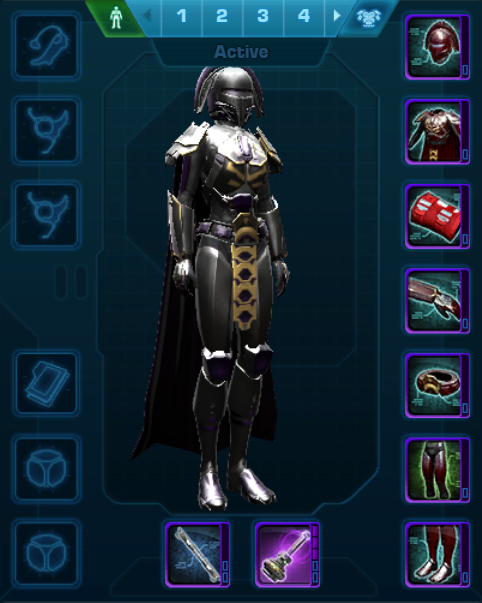 There are two types of gear in the game – moddable, and unmoddable. Moddable gear is gear you can change the stats of, while unmoddable gear is static gear with the stats attached directly to the piece of armor. For endgame gearing, you will want to have 9 pieces of moddable armor:

Your other pieces of gear, including your earpiece, implant, relics, and tactical item can never be modded.

The stats of moddable pieces of gear are made up by the modifications in the gear. Modifications are individual parts that make up each piece of armor – most pieces of armor have an Armoring, a Mod, and an Enhancement. You can mix and match these modifications to either upgrade your stats, or to create a different combination of stats.

Show Detailed Item Tooltips: To see the stats of the individual modifications in a piece of gear when you roll over it with your mouse, you can activate this setting: press the ESC key > Preferences > User Interface > Show Detailed Item Tooltips. When you hover your mouse over a piece of armor, it will show the individual stats of the Armoring, Mod and Enhancement.

How to Get Gear at Level 75

Sion’s guide to gear your Sorc: 6.0 has made optimizing gear both easier and harder due to the large amount of options for mods and enhancements as well as most content being level synced to 70. As a result of this, here are some things that need to be understood. 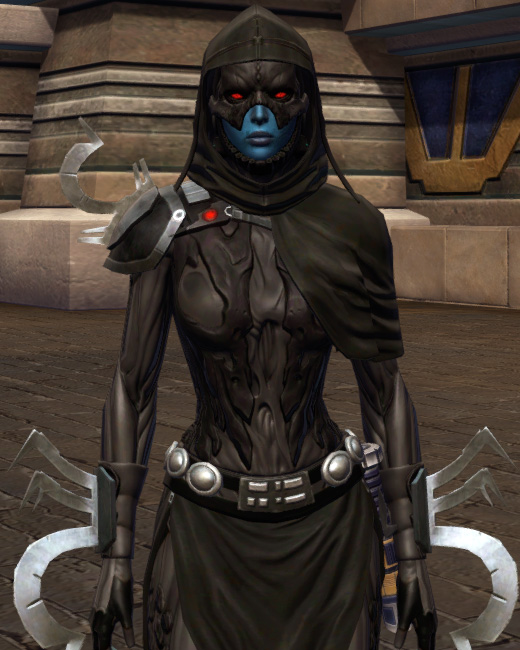 With all of this in mind, here are the stat values and gear pieces that I recommend for Lightning in full 306 gear and advanced 74 augments*:

* These gear suggestions are subject to change as I have not had sufficient time to do the level of testing necessary for me to have absolute confidence that these stats are BiS.

A set bonus is a special type of gear bonus that gives your Lightning Sorcerer a boost in battle, like making some of your abilities stronger or making them usable more often. The more pieces of set bonus gear you collect, the more bonuses you will get. Set bonuses only exist on the pieces of armor that you can “wear” – Head, Chest, Hands, Legs, Boots, Belt and Bracers.

Tactical items are a special type of gear that can drastically change one of your existing abilities, or give you a boost in combat. You can only equip one tactical item at a time, but you can switch them out between fights.