With the reach of the “known galaxy” expanding, all species mingle and pick up traits from eachother. A Togruta born on Coruscant will be far different than one born on their homeworld, Shili. But if you want to make a “canon” Togruta, follow these steps!

Togruta is spelled TO-GRU-TA, and is pronounced “Tow-grew-tah”. It is so often misspelled or mispronounced that the race is jokingly referred to as “tortilla”.
Their horns are called “montrals”.  They provide echolocation! They can be used to sense  “proximity and movement of physical objects around them” – a Togruta’s montrals are hollow. Their head-tails are not the same as Twi’leks’ head-tails, which are called “lekku”, that hold part of Twi’leks’s brains.
Individualism is seen as “weird” by Togruta culture – so your character, hero of Havoc squad or a striking Sith Lord might not fit in well with their fellow Togrutans. Togrutans have a strong sense of unity and are averse to being alone.
Togrutans are carnivores (most other species are omnivores), and have sharp canine teeth. If your Togruta is a Jedi, you might want to explore their need to kill other creatures to survive.
They don’t habitually wear shoes! Go for the barefoot look, or if you need armor, use simple feet wraps or Covert Feet Energy Armor. Togruta “believed that the land was spiritually connected to them, and wearing shoes cut themselves from a bond with the land.” You can decide if your Togrutan in a city would feel more attached to the city – or lost, cut off from nature. This connection can also be connected to their attunement with the force if your Togruta is a Sith or Jedi.
Traditional apparel includes a headress made of “akul” teeth (predator from their homeland) and beads. You can’t wear hats or helmets ingame, but if you want to be lore appropriate you could try this teeth headdress. 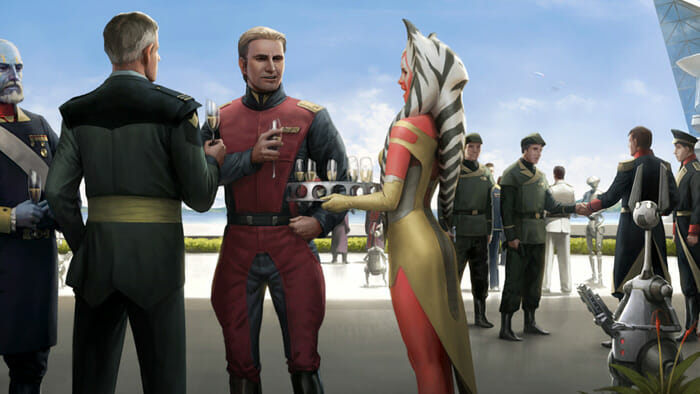 There is no set naming conventions for Togruta, but here are some examples from across the expanded universe. 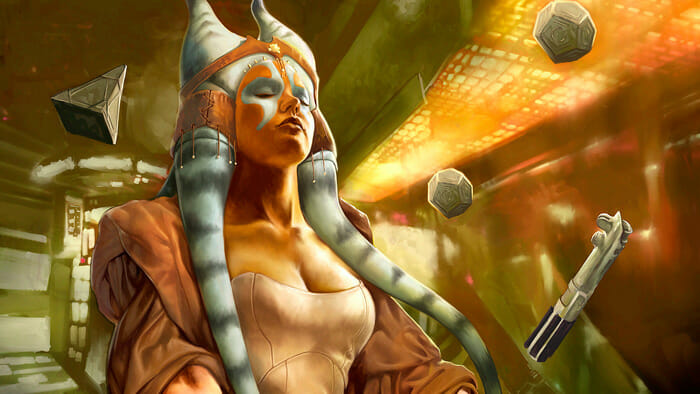 How to Roleplay as a Togruta

Your montrals are an essential part of your senses, as much as your eyes and ears. Don’t forget what you feel with them while you move about the world. You are connected to the world around you more than any other species – or you are severed, a broken Togruta. Most Togruta crave togetherness, and hate to be alone – that or they go against the grain of Togruta culture. 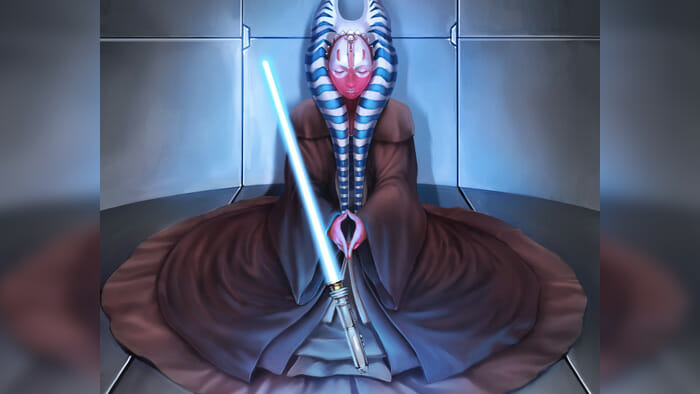 Occasionally confused with Twi’leks, Togrutas are distinguished by multicolored skin pigmentation and large, hollow horns (similar in appearance to Twi’lek head-tails) that permit a Togruta to sense ultrasonic waves. These physical adaptations were required for Togrutas to endure and to hunt on their homeworld of Shili, which is dominated by large and deadly beasts. Togruta culture is tightly knit out of necessity, as individual survival there often depended on tribal unity. Because of their ingrained affinity for teamwork and togetherness, Togrutas are among the Republic’s most loyal and dependable citizens. Indeed, a higher-than-normal percentage of Togrutas exhibit powerful Force sensitivity and serve in the Jedi Order. Some scholars speculate that the Togrutas’ unique sensory adaptations and strong cultural bonds makes them more receptive to learning the ways of the Jedi.